Listen to the Episode Below (00:50:05)
Play / pause
1x
1.5x
2x
0:00
0:00
00:50:05
volume
iTunesGoogle PlayShare Leave a ReviewClammr ItListen in a New WindowDownloadSoundCloudStitcherSubscribe on AndroidSubscribe via RSS
Sign up to receive bonus content about our guests and sneak peeks for a guest from the next week’s interviews! 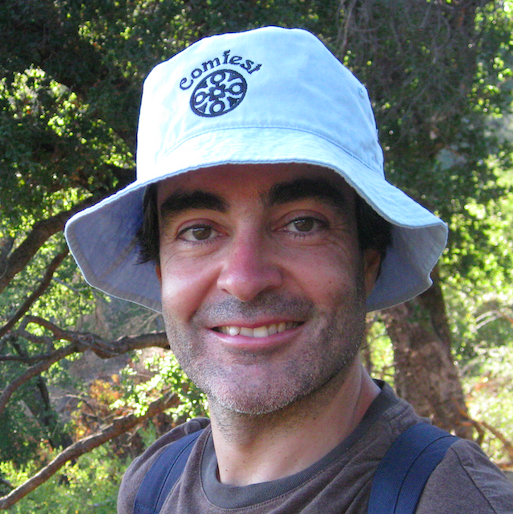 Dr. Aleix Martinez is a Professor in the Department of Electrical and Computer Engineering and Director of the Computational Biology and Cognitive Science Laboratory at the Ohio State University. He is also affiliated with the Department of Biomedical Engineering and to the Center for Cognitive and Brain Sciences. Aleix received a Master’s degree and PhD in Computer Engineering from the Autonomous University of Barcelona and a PhD in Computer Science from the University of Paris. Afterward, he conducted postdoctoral research at Purdue University, and also spent some time working as a Researcher at the Sony Computer Science Laboratory in Paris before joining the faculty at OSU. Aleix and his research have been widely featured in the media by sources like CNN, The Huffington Post, Time Magazine, CBS News, NPR, and The Guardian. During our interview, Aleix discussed his research, his career, and his life outside of science.

Life Outside of Science
Some of Aleix’s favorite activities are hanging out with his family, reading, and running (he runs 50-60 miles per week!).

The Scientific Side
The work in Aleix’s lab focuses on cognitive science. They hold the view that the brain operates like a big (very complicated) computer. To understand the brain, they need to understand the algorithms that are encoded in that computer. His lab uses fMRI and computational methods to understand what areas of the brain are activated or work together to solve certain problems.

A Dose of Motivation
Aleix doesn’t have a particular quote, but is instead motivated by really enjoying what he does everyday and wanting to learn everything he can about his area of study.

What Got You Hooked on Science?
When he was in middle school, Aleix remembers wanting to be a scientist and telling people he was going to design a robot that was going to be able to do lots of different things and was going to make our lives easier and better. Though people laughed at him then, he didn’t waver in his dedication to pursue science and his goal to help people.

The Low Points: Failures and Challenges
His area of research is really interdisciplinary, so to be successful, you have to be proficient with a variety of research tools and mathematical analyses. This means there is a lot to learn, and picking up a completely new skill or research area can be a really slow process. There have been times where Aleix has put in three or four years of work with almost no results.

A Shining Success!
One of the great types of successes in Aleix’s career is seeing his PhD students graduate and move on to do great things independently in the world. A recent graduate from his lab has gone on to work at a Non-Profit Research Institute that works to help autistic children, and it is very rewarding to have been a mentor to these students.

Book Recommendations
The Color Purple by Alice Walker, The Magic Mountain by Thomas Mann, Anna Karenina by Leo Tolstoy, The Anatomy of Human Destructiveness by Erich Fromm, The Selfish Gene by Richard Dawkins, Reading Faces by Leopold Bellak, and Eye, Brain, and Vision by David Hubel.

Most Treasured Travel
Aleix has had phenomenal opportunities to visit places like Tokyo, Venice, and Paris, but has really enjoyed a lot of the travel he has done within the United States as well. Being able to visit all of the museums and historical sites in Washington D.C. Has been a great experience in particular.

Quirky Traditions and Funny Memories
In Aleix’s lab, they like to get together in the summer outside of the lab by having lab BBQs. It’s a great way to get to know each other and just hang out, and he has enjoyed just how funny his students and postdocs over the years have been.

Advice For Us All
Pursue a career that you love so you are excited to go to work each morning.

Guest Bio
Aleix M. Martinez’s research interests include learning, vision, linguistics, and their interaction. His lab combines computational modeling with functional magnetic resonance imaging (fMRI) and behavioral data to acquire a broader understanding of how the human brain functions. Another emphasis of the lab is in building computational systems that can interact with people in a human-like manner. This involves research on human-computer interaction and computer vision. Aleix’s current research obsession is to understand why he is so bad at recognizing faces. In addition to his research efforts, Aleix was an associate editor of IEEE Transactions on Pattern Analysis and Machine Intelligence and currently serves in the editorial boards of Computer Vision and Image Understanding and IEEE Transactions on Affective Computing. He was a Program co-Chair for CVPR 2014 in Columbus, OH, and has previously been an area chair of many conferences, including CVPR, ICCV and F&G. He is also a member of the Perception and Cognition study section at NIH.

This episode was originally released on October 31, 2016.