Listen to the Episode Below (00:45:09)
Play / pause
1x
1.5x
2x
0:00
0:00
00:45:09
volume
iTunesGoogle PlayShare Leave a ReviewClammr ItListen in a New WindowDownloadSoundCloudStitcherSubscribe on AndroidSubscribe via RSS
Sign up to receive bonus content about our guests and sneak peeks for a guest from the next week’s interviews! 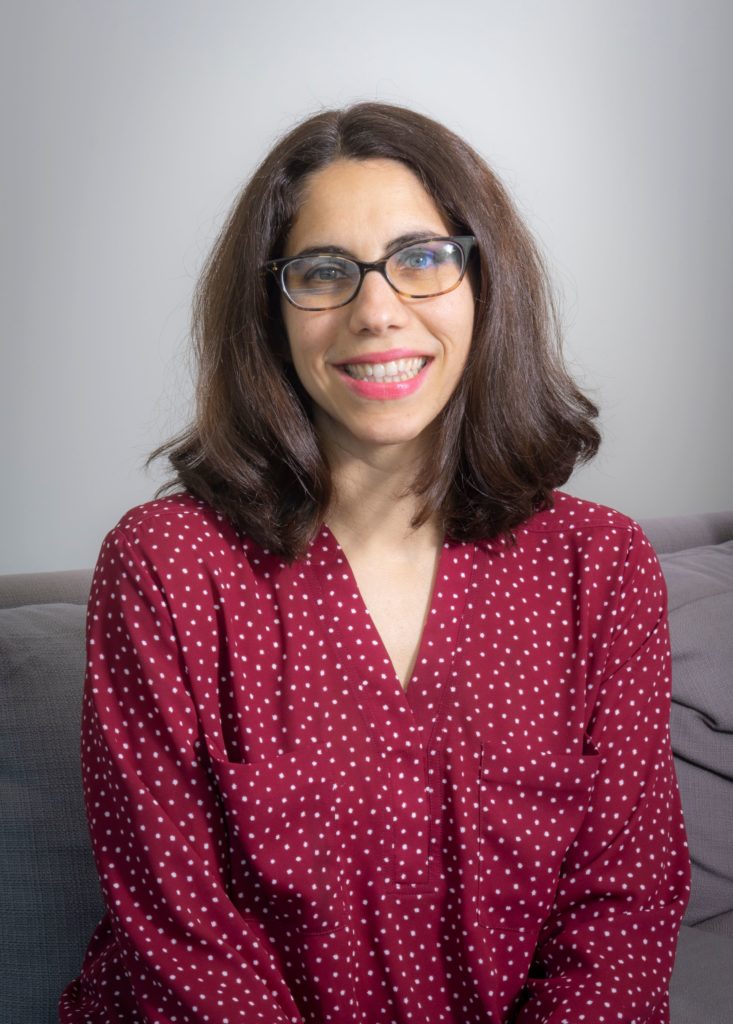 Dr. Amanda Rabinowitz is an Institute Scientist and Director of the Brain Injury Neuropsychology Laboratory at Moss Rehabilitation Research Institute (MRRI), as well as a Research Assistant Professor of Rehabilitation Medicine at Thomas Jefferson University. Amanda received her B.A. in Cognitive Neuroscience and Psychology from the University of Pennsylvania. After graduating, she worked there as a Research Coordinator for a few years before enrolling in graduate school. Amanda was awarded her M.S. and Ph.D. in Clinical Psychology from Penn State University. During graduate school, she completed her Residency in Neuropsychology at the Warren Alpert Medical School of Brown University. Amanda conducted postdoctoral research at the University of Pennsylvania before accepting her position at MRRI. In our interview, she shares more about her life and science.

Life Outside of Science (2:18)
Much of Amanda’s free time is spent with her family, including her two young kids. In addition, she loves cooking everyday meals and experimenting with more ambitious recipes. Over the past year, Amanda has really enjoyed exploring the art of sourdough baking.

The Scientific Side (4:52)
Amanda is a clinical psychologist who studies rehabilitation after brain injury. There are often cognitive and emotional changes after brain injury, and Amanda is interested in characterizing these changes and developing treatments to help people cope with them. She is also interested in understanding the impacts that having a brain injury earlier in life may have on people later in their lives.

A Dose of Motivation (7:06)
“When I look at the world I’m pessimistic, but when I look at people I’m optimistic.” by Carl Rogers

What Got You Hooked on Science? (12:25)
When Amanda enrolled in college, she was really interested in computer science and artificial intelligence. She started off taking computer science and engineering classes, but it was a struggle. As Amanda reflected on her interests, she realized that she was drawn to the idea that complex functions could be broken down into discrete elements that could be described to a computer in the language of a program. What really captivated her was cognition and cognitive science. After this revelation, Amanda changed her course of study to pursue cognitive psychology and neuroscience. She worked in a cognitive psychology lab as an undergraduate student, and it was a great experience. As graduation approached, Amanda wasn’t sure what career path she wanted to pursue. She decided to work for a few years as a research assistant doing clinical research while she considered her options for graduate school. Amanda ultimately chose to enroll in a graduate program that would prepare her to become an independent investigator answering questions about clinical psychology and higher order cognitive functions.

The Low Points: Failures and Challenges (27:04)
Doing research in a clinical population is challenging because you need to be able to recruit enough research participants, and you have to design your studies in ways that are sensitive to the individual needs of that population. When Amanda was a postdoc, she worked in a lab where there was a lot of expertise in basic science and animal models. She was tasked with launching a new project in which the lab would be recruiting a clinical population for the first time. The study involved collecting data from patients with mild traumatic brain injury. These patients can be difficult to reach because they may receive care in a variety of different places, including an emergency department, primary care doctor, neurologist, etc. This means that there isn’t one single place to focus recruitment efforts. This was a major change from what Amanda was used to in her previous research on sports-related concussion while she was at Penn State. There, they had a strong sports program, and it was easy for her to collect data on athletes in the program. Trying to create a new recruitment pipeline for research is difficult. Ultimately, Amanda didn’t meet her recruitment goals, and she had to change her eligibility criteria multiple times, but it was a good learning experience.

A Shining Success! (30:14)
Part of Amanda’s current research program involves participating in a large, multi-site collaboration called the Traumatic Brain Injury Model Systems. Within the TBI Model Systems, they recruit TBI patients from inpatient rehabilitation facilities and collect data longitudinally on these individuals for years after their brain injuries. They are now following approximately 10,000 patients, and the earliest patients have been tracked for up to 25 years post-injury. The data they have collected is a tremendous resource for research, and Amanda is thrilled to work with this exceptional group of collaborators from across the country. Recently, Amanda was delighted when she ran the analyses on a project she is leading using this dataset, and the results were easy to interpret and confirmed her hypothesis. No extensive post hoc analyses were needed, and everything made sense. It almost felt too good to be true! She is looking forward to publishing these results to share her findings.

Book Recommendations (33:16)
The Behaviour Change Wheel: A Guide To Designing Interventions by Susan Michie, Lou Atkins, and Robert West and Politics Is for Power: How to Move Beyond Political Hobbyism, Take Action, and Make Real Change by Eitan Hersh

Most Treasured Travel (34:56)
When Amanda was a graduate student, she attended a meeting of the International Neuropsychological Society in Kraków, Poland. This was her first time attending an international conference, and it was wonderful. She was selected to present in a symposium with one of the most imminent and well-known brain injury researchers. Though it was nerve-wracking to present after this scientist, it was also an exciting opportunity. After the conference, Amanda spent some time exploring Kraków as a solo tourist. She visited several important historical sites and enjoyed sampling the local cuisine.

Quirky Traditions and Funny Memories (38:27)
In her early years at MRRI, Amanda worked closely with Dr. Tessa Hart, and Tessa had cultivated some fantastic traditions within the TBI research group. Each fall, the group got together for a party at Tessa’s house. Before the party, Tessa would go to a second-hand store and dig through the big bin of metal buttons to find one that was a good fit for each person. These often had funny sayings on them that reflected some element of a person’s personality, and she’d tell a story about why she picked a particular button for each person. This tradition fostered a sense of humor and a playful environment in the group. When Tessa retired, everyone custom made a button that included something Tessa used to say or something that reminded them of her, and they each got to present their buttons to her. It was a fun way to commemorate Tessa and her career.

Advice For Us All (42:06)
Sometimes the dumb way is the smart way. You don’t always have to have the most elegant approach when solving a problem, and it is okay to start working on a problem in a clunky way. In addition, you shouldn’t be afraid to think big and think small. You’re not likely going to be the one to fully answer a big research question, but you can build towards that big question in small, meaningful ways. If you can keep the big picture in mind and taking small steps allows you to make progress, you may end up being more productive and having a bigger impact than you expected.

Guest Bio
Amanda’s research focuses on outcomes after traumatic brain injury (TBI) across the spectrum of TBI severity. She is particularly interested in psychosocial factors that may confer resilience after brain injury and how self-regulation may be a key mechanism. Several of Amanda’s recent and ongoing research projects leverage mobile technology as a tool to augment brain injury assessment and intervention. In addition, Amanda works both with local and national collaborators to study longterm brain injury outcomes, including neuroimaging studies to better understand the neuropathological substrates of chronic and neurodegenerative effects of brain injury, as well as large epidemiological studies that examine participation in contact sports as a risk factor for cognitive and emotional dysfunction later in life.