Listen to the Episode Below (00:41:09)
Play / pause
1x
1.5x
2x
0:00
0:00
00:41:09
volume
iTunesGoogle PlayShare Leave a ReviewClammr ItListen in a New WindowDownloadSoundCloudStitcherSubscribe on AndroidSubscribe via RSS
Sign up to receive bonus content about our guests and sneak peeks for a guest from the next week’s interviews! 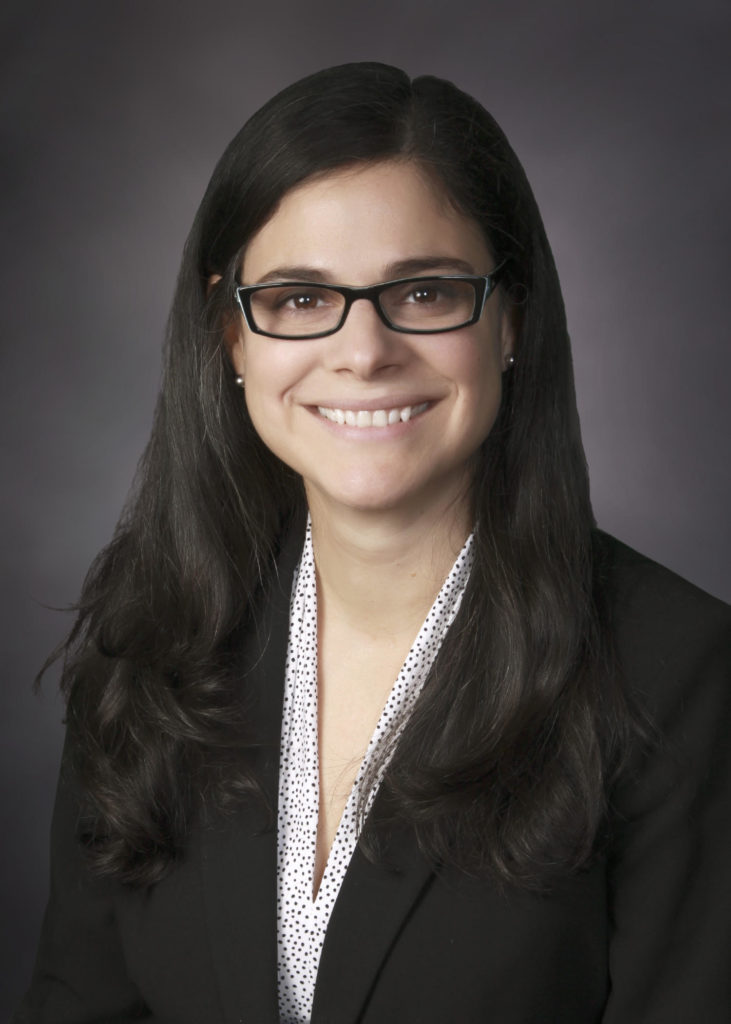 Dr. Ana Luisa Trejos is an Associate Professor of Electrical and Computer Engineering as well as Biomedical Engineering at Western University in Canada. She is also an Associate Scientist at the Lawson Health Research Institute. Ana Luisa was awarded her B.Sc. degree in mechanical engineering from the University of Costa Rica and her M.A.Sc. in mechanical engineering from the University of British Columbia. She worked as an Applications Engineer for Progressive Moulded Products in Ontario from 2000-2003. She then joined the team at Canadian Surgical Technologies & Advanced Robotics at Western University as a research engineer. Ana Luisa later attended graduate school at Western University where she was awarded her Ph.D. degree in electrical and computer engineering in 2012. Ana Luisa has been awarded the IEEE London Section Outstanding Women in Engineering Award and the For Inspiration and Recognition of Science and Technology (FIRST) Canada District Volunteer Appreciation Award. In our interview, Ana Luisa shares more about her life and research.

Life Outside of Science (2:43)
When she’s not at work, Ana Luisa enjoys hanging out with her family, reading, putting together jigsaw puzzles, hiking, swimming, and running. She has also been having fun renovating her house, and she has recently been working on completely remodeling one of their bathrooms.

The Scientific Side (4:29)
Ana Luisa’s research is in the area of mechatronic systems engineering. This field combines mechanical, electrical, computer, and software engineering to develop smart machines that can perceive what is happening in the environment and react intelligently. In particular, she is designing wearable mechatronic technologies that can help people recover from mobility problems due to a musculoskeletal injury or a movement disorder like Parkinson’s disease. Her goal is to make these technology solutions more comfortable for users and to restore mobility and quality of life for people with upper body movement impairments.

A Dose of Motivation (6:15)
“We are all smart. Distinguish yourself by being kind.” – Professor Charles Gordon

What Got You Hooked on Science? (9:22)
Seeing her father working as an engineer was an early inspiration for Ana Luisa. He specialized in electrical and mechanical engineering, and Ana Luisa got to see firsthand some of the cool projects he worked on at construction sites. In school, she performed well in math and science, and her father suggested she may want to consider engineering for a career. Ana Luisa studied engineering in college at the University of Costa Rica, but unfortunately the school didn’t have a research program available. As a result, she didn’t have research experience and didn’t really have a strong sense of what it meant to do research when she later entered her master’s degree program at the University of British Columbia. This is where Ana Luisa first got interested in medical robotics. Though she worked in the automotive industry for a few years after graduating, Ana Luisa returned to medical robotics in her next position at Canadian Surgical Technologies and Advanced Robotics. While working there, her supervisor encouraged her to apply to graduate school so that she could pursue her own independent research.

The Low Points: Failures and Challenges (20:14)
Getting her master’s degree was a really difficult experience for Ana Luisa. Enrolling at the University of British Columbia meant moving from her home in Costa Rica all the way to Canada. Further, she was accustomed to getting very direct, explicit feedback from her professors in Costa Rica, so it took time for her to adjust to the very polite and more roundabout feedback her new advisor provided. In addition, she thought that graduate school would be more like her undergraduate curriculum where she took courses, completed assignments, and continued learning about her field of study. This was Ana Luisa’s first exposure to doing research. Ana Luisa was frustrated with her progress and her projects, and finally, she decided that she had to set an end date. She talked to her advisor and said that by that date, she would either defend her thesis or she would leave the program. Ana Luisa bought her plane ticket, and the countdown began. Though she managed to successfully defend her thesis, Ana Luisa felt like the whole experience was a failure. However, her husband and her network of friends helped her get through this tough time, and Ana Luisa was fortunate to find a great fit in her next position.

A Shining Success! (24:41)
Over the years, Ana Luisa has dedicated time to outreach and encouraging young women to consider engineering as a career. She has participated in many outreach events to talk about what engineering is, what the different disciplines are, and what jobs you can get as an engineer. Through these events, she has had a chance to meet and inspire so many students and connect with their families. Recently, Ana Luisa was recognized with two separate awards for her outreach work (the IEEE London Section Outstanding Women in Engineering Award and the For Inspiration and Recognition of Science and Technology (FIRST) Canada District Volunteer Appreciation Award). It was wonderful to feel like her efforts in this area were appreciated, and Ana Luisa hopes to see an increase in the number of women who decide to pursue careers in engineering.

Most Treasured Travel (29:59)
In 2018, Ana Luisa attended the IEEE Biorobotics and Biomechatronics conference at the University of Twente in Enschede in the Netherlands. The conference was fantastic. It brought together a great group of scientists and engineers who were experts in the field of surgical, medical, and rehabilitation robotics. Ana Luisa’s husband was also participating in the conference, and they brought their children on the trip as well. After the conference concluded, Ana Luisa and her family took extra time to explore museums, small towns, and local cuisine in the Netherlands and Belgium. It was fun to travel with her kids, and they particularly enjoyed the Design Museum Ghent, Gravensteen Castle, and the Mauritshuis Royal Picture Gallery.

Quirky Traditions and Funny Memories (32:09)
During her master’s degree, the lab held a session to collect photos and video of a new robot that they had developed. The robot was designed to automatically move an ultrasound probe along the skin of a person, and Ana Luisa had been invited to serve as the example patient. During the session, the robot moved an ultrasound probe around her neck to capture an image of her carotid artery. It was a very controlled setting, the robot was gentle, and she wasn’t worried about any problems. Her supervisor, on the other hand, was extremely nervous. It was funny to see her supervisor fretting and continuously asking if Ana Luisa was okay. The robot they developed became quite famous, and even 15 years later, Ana Luisa still sees herself in these photos and videos when she goes to listen to presentations about medical robotics. In Ana Luisa’s current lab, they get the group together after work for game nights, races, escape rooms, and other fun activities. Her lab is dedicated to lifelong mobility, so they also plan different fitness challenges to get the group up and moving together as well.

Advice For Us All (37:47)
Be informed and listen to what other people have to say, but ultimately it is up to you to make the final decision. Go with your gut. Try to work on something you are passionate about. Success will come naturally if you are excited about the work you are doing. Also, keep in mind that today is the best day of your life because today is the day you can actually make a difference.

Guest Bio
Ana Luisa’s research is in the field of mechatronic systems engineering, which involves the development of robots and other smart machines. Her work is focused on the development of wearable technologies to restore mobility and increase quality of life for those who suffer daily from an upper body disability. More specifically, she is working on designing mechatronic garments that can be worn on the body and monitor performance while actively providing support. This requires developing both the hardware that gets integrated within clothing, and the software that can intelligently respond to the user. Outside of work, apart from hanging out with her family and friends, Ana Luisa enjoys reading and building jigsaw puzzles. She loves running, hiking, and dancing (mostly Salsa, Cumbia, and Merengue). She also enjoys doing renovation projects in her century-old home.