Listen to the Episode Below (00:42:05)
Play / pause
1x
1.5x
2x
0:00
0:00
00:42:05
volume
iTunesGoogle PlayShare Leave a ReviewClammr ItListen in a New WindowDownloadSoundCloudStitcherSubscribe on AndroidSubscribe via RSS
Sign up to receive bonus content about our guests and sneak peeks for a guest from the next week’s interviews! 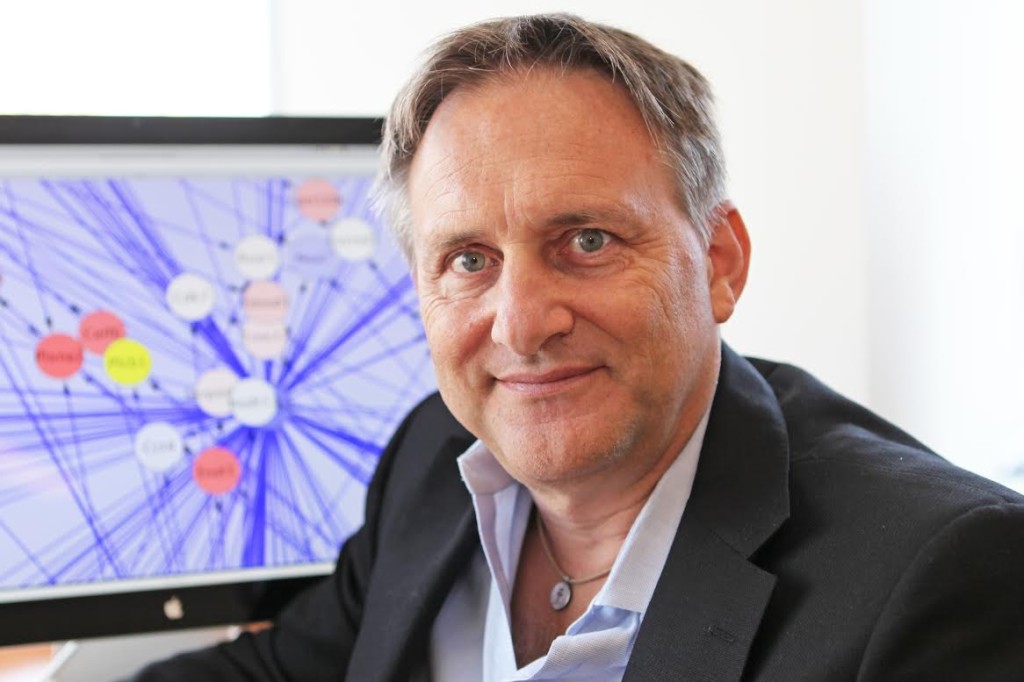 Dr. Andrea Califano is the Clyde and Helen Wu Professor of Chemical Systems Biology in the Departments of Systems Biology, Biochemistry & Molecular Biophysics, and Biomedical Informatics at Columbia University.  He is Founding Chair of the Department of Systems Biology, Director of the JP Sulzberger Columbia Genome Center, and Associate Director for Bioinformatics of the Herbert Irving Comprehensive Cancer Center. He completed his doctoral studies in physics at the University of Florence in Italy and his postdoctoral studies at MIT. Afterward, Andrea worked at the IBM TJ Watson Research Center, and he subsequently became Program Director of the IBM Computational Biology Center. In 2000, Andrea co-founded First Genetic Trust, Inc and founded another company called Therasys in 2008 before joining the faculty where he is today at Columbia University. In this interview, Andrea discusses his experiences in life and science.

Life Outside of Science
Andrea and his family enjoy family outings to the botanical gardens, the zoo, and musical events. He also spends his down time playing tennis, skiing, watching movies, and reading.

The Scientific Side
In the lab, Andrea is trying to develop what we can think of as a blueprint or assembly manual for cells. He is using genetic and genomic information to reconstruct models of regulatory systems in normal cells and cells in disease states. They are learning about the proteins that regulate cellular changes in diseases like cancer and neurodegenerative disorders.

A Dose of Motivation
“We’ve got no money, so we’ve got to think.” by Ernest Rutherford.

What Got You Hooked on Science?
Many of Andrea’s family members are in science, including his father. As a kid, Andrea put together quite an impressive chemistry lab with things he was able to borrow from his father’s chemistry lab. He remembers studying fairly sophisticated chemistry and quantum mechanics when he was quite young.

The Low Points: Failures and Challenges
Andrea worked in industry for a while before starting an academic faculty position. One challenge that he faced with this path was starting as a full Professor at Columbia without any experience in writing grants. The first year and a half was a struggle to learn the process, put together proposals, and submit the applications.

A Shining Success!
The scientific achievement that Andrea is most proud of was recently published in the journal Cell. His lab group demonstrated the existence of the master regulator bottlenecks they proposed to be capturing the genetic mutational load of diseases such as cancer. They identified examples of the bottlenecks and showed that mutations relevant to cancer were upstream from these bottlenecks, funneling into them.

Most Treasured Travel
A very memorable trip for Andrea was a conference called “Biology Seen Through the Prism of Cancer” held in Paris last year. He grew up in Paris when he was young, so it was wonderful to be back in the city. Andrea was inspired by the presentations and discussions with excellent cancer scientists. In addition, the group enjoyed phenomenal works of art with a private visit at the Louvre museum and spent four days in a beautiful chateau.

Quirky Traditions and Funny Memories
Andrea had a spectacularly successful stand-up comedy moment at the American Society for Human Genetics conference in Philadelphia. He was invited to give a presentation there, and his joke about the differences between computational and experimental biologists caused the large crowd of 7,000-8,000 people to erupt in laughter.

Advice For Us All
In science and life you need to be constantly renewing and refreshing yourself. As a scientist, you should constantly think about whether the questions you are working on are the important ones.

Guest Bio
Andrea uses a combination of computational and experimental methodologies to reconstruct and analyze the logic of human cells. His methods have identified many driver genes responsible for human disease, including cancer and neurodegenerative syndromes, as well as for normal tissue development. In addition, he has developed methods for prioritizing compounds and combinations that can inactivate these genes, thus providing valuable therapeutic strategies.  These findings have been translated into several clinical studies, including a very innovative set of N-of-1 clinical studies where disease master regulators are identified and pharmacologically targeted on an individual patient basis, using a systems biology approach to precision medicine. Andrea serves on numerous editorial and scientific advisory boards, including the editorial board of Cancer Discovery and Cell Systems, the Board of Scientific Advisors of the National Cancer Institute, St. Jude Children’s Hospital, The MIT Koch Cancer Center, Cancer Genetics Inc., and Thermo Fisher Scientific Inc., among others.

This episode was originally published on May 1, 2015.