Listen to the Episode Below (00:40:33)
Play / pause
1x
1.5x
2x
0:00
0:00
00:40:33
volume
iTunesGoogle PlayShare Leave a ReviewClammr ItListen in a New WindowDownloadSoundCloudStitcherSubscribe on AndroidSubscribe via RSS
Sign up to receive bonus content about our guests and sneak peeks for a guest from the next week’s interviews! 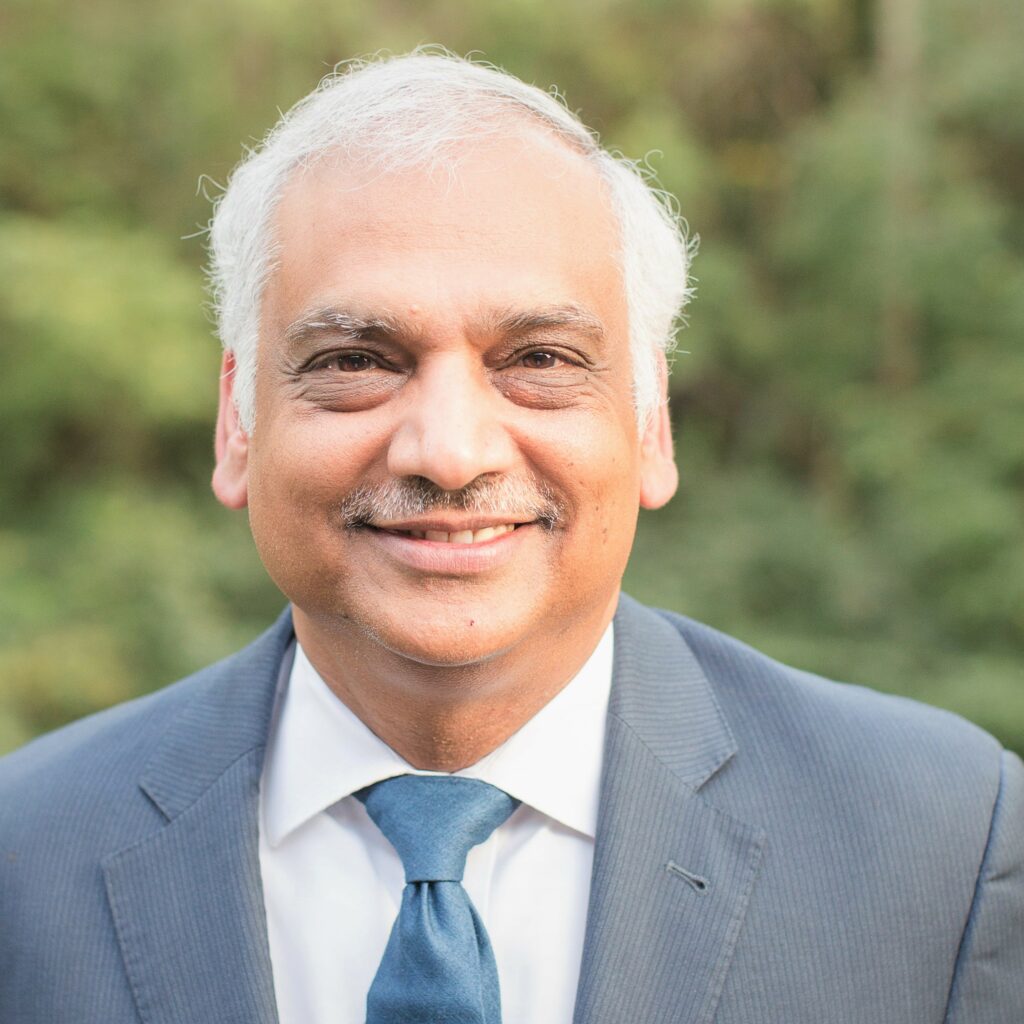 Life Outside of Science (2:27)
When he’s not at work, Aruni enjoys exploring his creativity through art, reading, and writing. He has spent a lot of time painting, and lately, he has been writing songs and poems.

The Scientific Side (4:44)
Much of Aruni’s work has focused on understanding how the heart and blood vessels work and how they become diseased. He developed a new field called environmental cardiology where he examines how exposure and environmental conditions may impact heart function and heart health.

A Dose of Motivation (8:21)
“We need to live for something larger than ourselves.” For Aruni, being able to dedicate yourself to a higher cause makes life worth living. There is so much suffering in the world and so much we can do to try to alleviate it.

What Got You Hooked on Science? (10:25)
From an early age, Aruni was convinced he would become a doctor, practicing medicine to reduce the amount of human suffering caused by disease. However, in high school, he received a prestigious fellowship designed to train students to become the next generation of basic scientists. With this fellowship, his education was funded from high school through his PhD program, and Aruni had opportunities to spend his summers working in top national laboratories. Though he wasn’t sure if he wanted to become a scientist, he decided to give it a try. While in graduate school, Aruni had a fateful conversation where he realized that by pursuing research, his discoveries could potentially have far greater impacts on human health than would be possible treating one patient at a time as a doctor. This epiphany solidified Aruni’s desire to become a researcher.

The Low Points: Failures and Challenges (15:04)
Aruni has faced many challenges in his life and his career. Earlier in his career, he was one week away from a major grant deadline when his wife went into anaphylactic shock after taking penicillin. They hadn’t known that she was allergic to penicillin, and Aruni was devastated and distraught while she was in the hospital and put on a ventilator. Their one-year-old child was at home with a caretaker, and Aruni told his department chair that he didn’t know how he could possibly turn his grant in on time. The department chair calmly told Aruni to bring everything he needed to the hospital and work on the grant from there. No exceptions would be made for his family emergency situation.

Another difficult time in Aruni’s career was when he was applying for the renewal of his first NIH grant. Unfortunately, the renewal was not funded. When he approached his two department chairs for advice, they were similarly unsympathetic. He was able to scrape together enough funding support from other faculty to remain in his position for two years. During those two years, Aruni didn’t go anywhere or do anything that wasn’t work. He locked himself in the lab, did enough research to publish two single-author papers, and rewrote his grant. This time, the grant was funded, and Aruni’s research has been funded continuously ever since.

A Shining Success! (17:53)
In his research, Aruni has been investigating environmental factors, such as air pollution, that may alter the course of heart disease. He had an idea that they could potentially lower the incidence of heart disease by planting more trees to reduce air pollution. However, Aruni thought it would be impossible to get support for this kind of project. Growing mature trees can take 20-30 years, it would be expensive, and it would involve a lot of different stakeholders. To his surprise, the people he spoke with were very interested in this idea. They were able to get the right partners in place and raised funds to plant 8,000-10,000 mature trees in Louisville. Then they looked at the risk of heart disease in the area with a large clinical trial. It has been such a privilege to work on this project (Green Heart Louisville). Another exciting recent success has been the launch of Aruni’s new podcast called Elements of Nature: How Natural Forces Shape Human Health. This show has allowed him to talk to people who are working to develop a rigorous evidence base for the impacts of nature on human health.

Most Treasured Travel (26:31)
As a graduate student, Aruni began attending scientific meetings with a group of about 60-70 researchers who study a specific type of chemistry called carbonyl metabolism. He has been going to these meetings ever since, and it has been amazing to get to know this group of researchers and their families. The meetings are typically held in cool places, and one year, they all traveled to a small village outside of Milan, Italy. It was a picturesque town, and they were warmly welcomed by the people there. The local abbey gave them a reception with delicious wine and cheese. Later, they went to an old twelfth century church, and the townspeople sang to them. It was a truly moving experience.

Quirky Traditions and Funny Memories (29:19)
Beyond sharing wonderful memories with fellow researchers at scientific meetings, Aruni enjoys bonding with his lab members and colleagues through regular gatherings. On Fridays, they often have lunch together at a local restaurant or play ball together. He also likes to get the group together to play board games and have dinner at his house. When he was in Galveston, Aruni’s professor bought a new boat, and they got a group together to take it on its first voyage. With great anticipation, they turned the engine on, and waited. Nothing happened. After struggling for a while, another boatsman came over, laughed at them, and explained that they had to lower the engine down into the water to get the boat to move. This memory was a great example of how even very smart people don’t know everything. Sharing these moments and connecting with other scientists on a personal, human level is something that has always been important to Aruni.

Advice For Us All (35:31)
Cultivate curiosity throughout your life. Pursuing a career in science isn’t easy, but science and critical thinking are essential to our society and our future.

Guest Bio
Aruni is a leading expert on the mechanisms by which environmental exposures such as air pollution affect cardiovascular disease risk. His initial work involved the purification and characterization of aldose reductase and its role in diabetic complications. To this end, he established the identity of this enzyme in several tissues and investigated its structural, kinetic, and inhibitory properties. His work has shown that increasing NO availability prevents aldose reductase activation and sorbitol accumulation in diabetic tissues. Additionally, his recent studies show that glucose activates multiple protein kinases and that the activation of these kinases is required for the inflammatory effects of glucose in vascular tissues. Aruni’s work also led to elucidation of the mechanisms by which free radicals and lipid peroxidation products affect the function of individual ion channels. He was the leader of a Program Project Grant from the NIEHS to study the cardiovascular toxicity of environmental aldehydes. In this program-project he directed a large multi-disciplinary team of investigators studying the molecular and cellular mechanisms of aldehyde toxicity. His studies at UofL have led to the development of the new field of Environmental Cardiology. He was the Deputy Editor of Circulation Research for 10 years. He has participated in over 50 NIH review panels and chaired several review panels. Aruni has published 389 peer-reviewed manuscripts, 25 book chapters and reviews and over 200 abstracts. He has mentored 61 graduate students and post-doctoral fellows in his laboratory and has served on the dissertation committee of 18 Ph.D. students.