Listen to the Episode Below (00:40:23)
Play / pause
1x
1.5x
2x
0:00
0:00
00:40:23
volume
iTunesGoogle PlayShare Leave a ReviewClammr ItListen in a New WindowDownloadSoundCloudStitcherSubscribe on AndroidSubscribe via RSS
Sign up to receive bonus content about our guests and sneak peeks for a guest from the next week’s interviews! 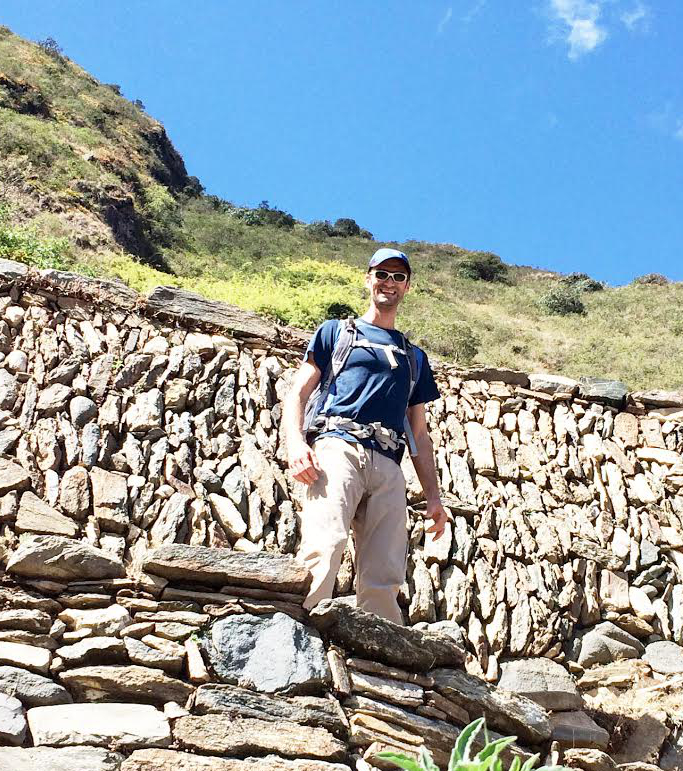 Life Outside of Science (2:01)
The things Brock does with his spare time are largely impacted by where he lives. He started kayaking in Vancouver, canoeing in Minneapolis, and now plays beach volleyball in Florida. Brock also enjoys cycling, cooking, and trying out new restaurants.

The Scientific Side (04:09)
In the lab, Brock is investigating how a nervous system is built and develops. Understanding how the nervous system is managed and regulated, beginning in development, can help discover new ways to address nervous system disorders such as neurodegenerative disease or autism.

A Dose of Motivation (06:00)
“Until one is committed, there is hesitancy, the chance to draw back, always ineffectiveness. Concerning all acts of initiative (and creation), there is one elementary truth the ignorance of which kills countless ideas and splendid plans: that the moment one definitely commits oneself, the providence moves too. All sorts of things occur to help one that would never otherwise have occurred. A whole stream of events issues from the decision, raising in one’s favor all manner of unforeseen incidents and meetings and material assistance, which no man could have dreamed would have come his way.”  – William Hutchison Murray

What Got You Hooked on Science? (08:20)
As a kid, Brock was not very good at school, but he was curious and attracted to science from an early age. Brock remembers his first visit to a research lab where he saw DNA being run on an agarose gel right in front of him. This was a transformative experience that whetted his appetite for research. During college, Brock’s interests shifted from microbiology to immunology, and he didn’t begin conducting research in neuroscience until his time as a postdoctoral researcher.

The Low Points: Failures and Challenges (20:00)
In his postdoctoral laboratory, Brock had been working on one project for about a year and a half. He had been systematically collecting and compiling all of the experiments and components he needed for an exciting manuscript, and the project seemed to be going great. Everything had built up to that moment, and then the final experiments failed. This was devastating and Brock felt like he had let his mentor down by failing.

A Shining Success! (22:35)
Recently, Brock’s lab has made their first foray into studying whole animal behavior. This was difficult transition since his whole career focused on questions at a molecular level. It was exciting to work with a talented postdoc on a project where they described locomotion defects in nematode worms that they had seen at a molecular level and could now see behaviorally.

Book Recommendations (27:40)
The Lord of the Rings by J. R. R. Tolkien, Life of Pi by Yann Martel

Most Treasured Travel (29:00)
One of Brock’s most memorable travel experiences was attending a Cold Spring Harbor meeting for the first time. He went as a postdoctoral fellow and was delighted by the opportunities to interact with famous neuroscientists. Brock remembers being invited by a neuroscientist he admired to join their table for dinner (where other distinguished neuroscientists were already seated), and it was a phenomenal experience. Everyone was so friendly, and his mind was reeling as they chatted about science, politics, and life over the course of the meal.

Quirky Traditions and Funny Memories (32:50)
At the University of British Columbia, Brock and his colleagues had fun with their annual tradition of painting the windows of the building for the holidays with different themes each year. The annual holiday party was scheduled a few weeks after window-painting, and they designated each floor of the building for different holiday party activities, including a dance floor with live music from their resident band.

Advice For Us All (37:05)
Make sure to keep your office door open. An open door signals openness to people and ideas. If you keep your door closed, you are closing yourself off from your colleagues and the world.

Guest Bio
The goal of the Grill lab is to identify and analyze candidate molecular coordinators of neuronal development. To this end, we rely upon a simple model system, the nematode Caenorhabditis elegans, for several reasons. 1) The major events in the life of a developing C. elegans neuron, and the known molecular mechanisms that govern these events, are conserved with mammals. 2) Genome-wide genetic and transgenic techniques are well developed in C. elegans, which combined with the animal’s short life-cycle allow us to rapidly obtain important functional information about molecules of interest. 3) The Grill lab specializes in using proteomic screens to decipher the composition and function of protein complexes that regulate axon outgrowth and synapse formation. Once conserved signaling proteins that coordinate different events in neuronal development have been identified, we plan to use targeted drug screens to identify pharmaceuticals that can regulate their activity. It is our hope that such drugs will stimulate new synapse formation and/or axon outgrowth, and be potential therapeutics to treat conditions that cause a loss of synaptic connections, such as neurodegenerative diseases (e.g. Alzheimer’s disease) and stroke.