Listen to the Episode Below (00:34:47)
Play / pause
1x
1.5x
2x
0:00
0:00
00:34:47
volume
iTunesGoogle PlayShare Leave a ReviewClammr ItListen in a New WindowDownloadSoundCloudStitcherSubscribe on AndroidSubscribe via RSS
Sign up to receive bonus content about our guests and sneak peeks for a guest from the next week’s interviews! 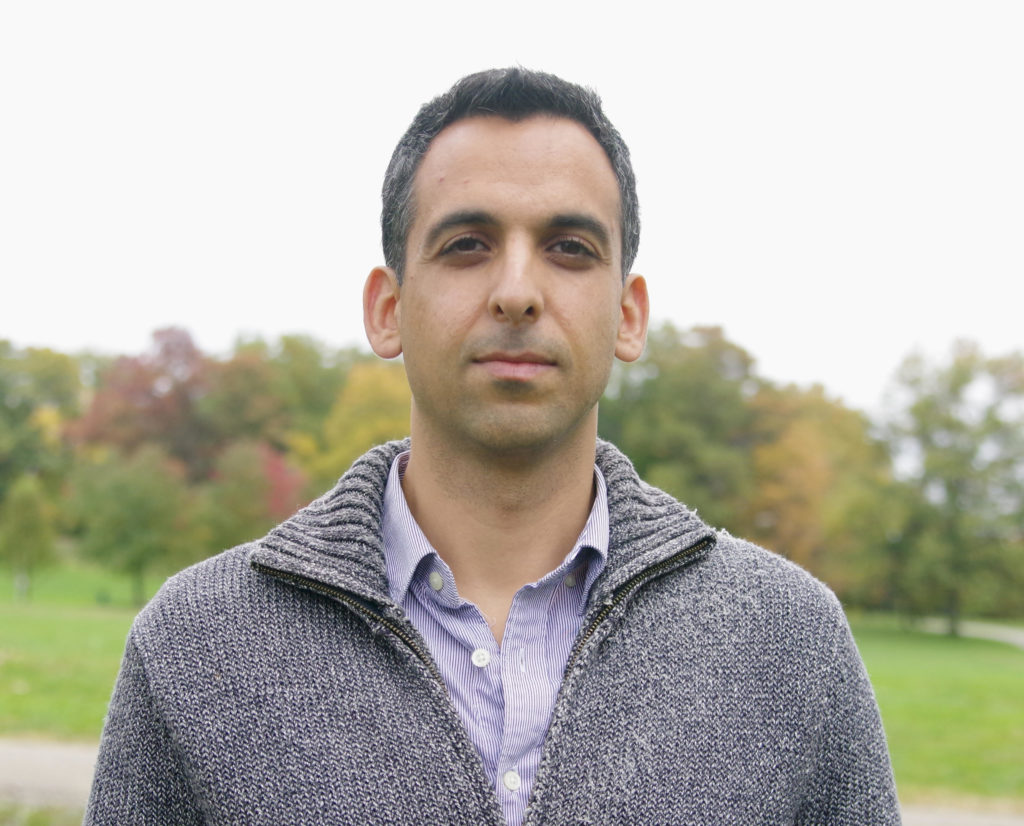 Dr. Carmel Majidi is an Associate Professor in the Department of Mechanical Engineering at Carnegie Mellon University. There, he also holds courtesy appointments in the Robotics Institute and in Civil and Environmental Engineering. Carmel received his B.S. in Civil and Environmental Engineering from Cornell University and his Ph.D. in Electrical Engineering and Computer Sciences from the University of California, Berkeley. He completed postdoctoral fellowships at Princeton University as well as at Harvard University before joining the faculty at Carnegie Mellon. Over the course of his career, Carmel has received numerous awards and honors, including the Young Faculty Awards from the Office of Naval Research (ONR), the Defense Advanced Research Projects Agency (DARPA), and the Air Force Office of Scientific Research (AFOSR). He has also received the National Aeronautics and Space Administration (NASA) Early Career Faculty Award, as well as the George Tallman Ladd Award and Carnegie Institute of Technology Dean’s Early Career Fellowship from Carnegie Mellon University. In addition, Carmel was named a PopTech Science Fellow in 2013. In our interview Carmel discusses his experiences in life and science.

Life Outside of Science (2:45)
When not working, Carmel is often out engaging in physical activities including hitting the gym or walking/jogging in nearby parks and along river trails. He also enjoys the arts and travel. Carmel travels frequently for work, and he likes to block off extra time on these trips to to visit museums and cultural landmarks.

The Scientific Side (3:46)
In Carmel’s soft machines lab, they are engineering new types of materials that can be used to make machines and robots soft, flexible, and more lifelike. The goal is for these machines to move more like natural organisms.

What Got You Hooked on Science? (8:31)
Carmel’s first exposure to science and engineering was through his mom. Though now retired, she was a professor at the University of Delaware where she taught and conducted research in mechanical engineering. Carmel’s mom has an incredible passion for research and science, and she taught him about physics, materials, atoms, and the basic principles of nature at an early age. Curiosity and enthusiasm for learning were highly encouraged in their household. In college, Carmel took an introductory course in dynamics, and the topic fascinated him. The professor for this course encouraged Carmel to consider getting involved in undergraduate research, and Carmel worked in the professor’s lab that summer. During his summer research project, Carmel worked on designing machines and robots that mimicked human biomechanics and motion. This experience led Carmel to realize he wanted to pursue a career in academic research and robotics because he saw how advancements in robotics could have an enormous impact on society.

The Low Points: Failures and Challenges (22:12)
During graduate school, Carmel spent a lot of time studying adhesive materials similar to the skin of geckos with the goal of creating wall-climbing robots. By the time he completed his PhD, scientists in the field had made a lot of progress in this area. Because people had already solved many of the basic challenges and problems, Carmel had to pivot to find a new research area to focus on going forward. This was a stressful process because he had to completely rethink and reexamine the direction of his research and his intended career path. For Carmel, it was helpful to fall back on his basic training in mechanics and materials engineering, and he was able to identify new challenges and applications in the domain of bio-inspired robotics to pursue.

A Shining Success! (25:00)
Earlier in Carmel’s career, a lot of his attention was focused on his own personal development and growth as a scientist. Now, his greatest source of inspiration and fulfillment is seeing some of the first students from his lab graduating and receiving their degrees. Training and mentoring students, and seeing them transition to the next stage of their own careers is a rewarding success for Carmel.

Most Treasured Travel (27:59)
The Air Force Research Laboratory at the Wright Patterson Air Force Base in Dayton Ohio is among Carmel’s favorite places to visit. There, scientists are doing important basic research on materials for aerospace applications, and Carmel partners with some of the research groups there. The National Museum of the United States Air Force is located nearby, and they have an incredible collection of aircraft across the decades. Touring the museum is a great way to see the evolution of flight over time, from the Wright Flyer all the way to modern aircraft.

Quirky Traditions and Funny Memories (29:34)
Food is a unifying force in Carmel’s lab, and his research group enjoys getting together to share a good meal to celebrate special occasions and achievements. These gatherings may involve going out to restaurants, making hot pot, or having potluck meals featuring dishes from around the world. For their very first lab meal, Carmel and his students went out to a Szechuan Chinese restaurant, and someone ordered a dish with beef tendon. Carmel had never tried anything like it before, and it was uncannily similar in texture and consistency to the kinds of materials they worked with in the lab.

Advice For Us All (32:29)
Think comprehensively about research rather than getting fixated on a particular problem or methodology. As scientists, it’s critical to have a deep theoretical understanding of a particular area, but it’s also important to take a step back to think about the experimental side and practical applications. In addition to finding inspiration and fulfillment in your work, be sure to also look for inspiration and fulfillment in other areas such as arts, culture, physical activity, and other forms of scholarship. Keep your mind active and take care of yourself. Pursuing excellence in a variety of areas can help you achieve success in whatever career path you end up choosing.

Guest Bio
Carmel runs a research lab at Carnegie Mellon University dedicated to the discovery of new materials that allow robots to be soft, squishy, and safe for physical interaction with humans. In recent years, Carmel and has lab members have been focusing on ways to create electronics that are stretchable and act like an “artificial skin” for robot sensing and wearable computing. They have also been working on creating soft robots that use lightweight, motor-less actuators to walk, jump, and swim. In addition to research, Carmel’s research lab takes part in several educational outreach events each year and have developed training workshops for students to get hands-on experience with materials used in soft robotics and wearable computing. When he’s not at the lab, Carmel enjoys a wide variety of hobbies. He likes to play tennis, racquetball, and basketball; frequently works out at the gym; tends to his flowers, herbs, and vegetable garden; and likes to go for jogs and nature walks in the lush parks and neighborhoods that surround his Pittsburgh home.