Listen to the Episode Below (00:52:17)
Play / pause
1x
1.5x
2x
0:00
0:00
00:52:17
volume
iTunesGoogle PlayShare Leave a ReviewClammr ItListen in a New WindowDownloadSoundCloudStitcherSubscribe on AndroidSubscribe via RSS
Sign up to receive bonus content about our guests and sneak peeks for a guest from the next week’s interviews! 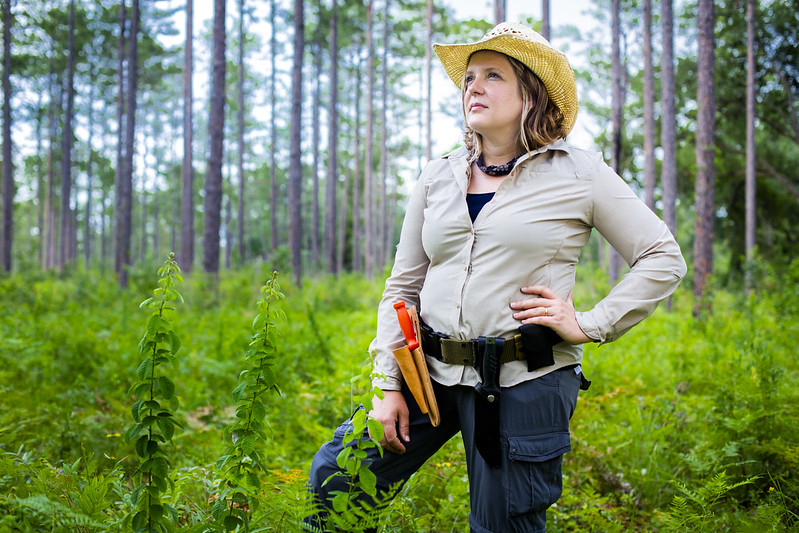 Dr. Cassandra Quave holds a joint appointment as Associate Professor of Dermatology in the Emory University School of Medicine and Emory Center for the Study of Human Health. She is also Director/Curator of the Emory University Herbarium, CEO of CLQ Botanicals (a company providing consulting services on botanicals for personal care, skin health, and cosmetics), CEO and Chief Scientist of PhytoTEK LLC (a start-up biotech company dedicated to R&D and commercialization of novel anti-infective technologies), host of the Foodie Pharmacology Podcast, and author of the recently released book The Plant Hunter: A Scientist’s Quest for Nature’s Next Medicines. Cassandra received B.S. degrees in Biology as well as Anthropology and Human Biology from Emory University, and she was awarded her PhD in Biology with a focus in ethnobotany and ethnopharmacology from Florida International University. Next, Cassandra conducted postdoctoral research at the University of Arkansas for Medical Sciences, followed by a postdoctoral fellowship at Emory University. She joined the faculty at Emory University in 2013, and she has been awarded the Emory Williams Distinguished Undergraduate Teaching Award for her excellence in teaching. In our interview, Cassandra shares more about her life and science.

Life Outside of Science (2:54)
When she’s not working in the lab or out in the field, Cassandra loves spending time with her husband and their four kids. They enjoy going to sporting events, hiking, canoeing, and being outdoors. You can also find Cassandra relaxing with a good book, swimming, and hiking with friends in her free time.

The Scientific Side (4:44)
As a medical ethnobotanist, Cassandra studies how people relate to plants, and how they use plants as medicine. Her research takes her around the world to document traditional medicinal practices and collect plant samples. In her lab, Cassandra and her team analyze plant samples to assess their pharmacological activity against infectious disease targets.

A Dose of Motivation (6:38)
“I was taught to strive not because there were any guarantees of success, but because the act of striving in itself is the only way to keep faith with life.” – Madeleine Albright

What Got You Hooked on Science? (7:58)
As a result of a number of birth defects, Cassandra had one leg amputated at the age of three and underwent several surgeries before she was able to walk with a prosthetic. Between the surgeries, rehabilitation, and a life-threatening infection, Cassandra spent a lot of time in a clinical setting as a kid. She developed an early interest in medicine, but she also loved being outdoors and losing herself in books. Cassandra remembers climbing up the big oak tree in her backyard to read and observe the beatles, squirrels, birds, and plants. She was fascinated by the natural world. In third grade, Cassandra participated in her first science fair, and she was blown away when she first saw all of the microscopic life swimming around in water samples. Her interest in science continued to develop, but she really admired the surgeons who helped her, so she decided to become a surgeon. She volunteered in the local emergency room in high school and started on the pre-med track in college. During college, Cassandra discovered her passion for anthropology and ethnobotany. Though it was difficult to make the decision to shift her focus from medicine to research, Cassandra loved how ethnobotany combined her interests in medicine, nature, culture, and different systems of health, and she decided to pursue a career as an ethnobotanist.

The Low Points: Failures and Challenges (26:50)
During graduate school, Cassandra spent months away from her husband doing field work. She brought her six month old son with her into the field to collect plant samples. This was an intense and exhausting field project where she collected and processed many boxes of plants that would be shipped back to the lab for her dissertation research. The first box was delivered to the lab, but the remaining boxes were nowhere to be found. The records show they arrived in the U.S. only to be shipped back to Italy by boat, and that is where the paper trail stopped. Cassandra was in trouble. She couldn’t complete her graduate work without these samples, she didn’t have enough money for another field season, and she didn’t want to go through another long period of separation with her young family. When Cassandra approached her advisor for advice, there wasn’t much he could do. She started working on the samples from the first box, and eventually the remaining boxes were delivered back to the home of her in-laws in Italy. They graciously agreed to bring the precious cargo with them back to the U.S. in their luggage so they wouldn’t be lost again. Cassandra’s passion for her research has always kept her going through the many tough times.

A Shining Success! (30:48)
Cassandra and her lab have isolated and discovered compounds that act against staphylococcal virulents. These compounds don’t destroy the bacteria, but instead they target the bacteria’s ability to produce the virulence factors that cause damage to skin and red blood cells. Typically when evaluating whether a plant is useful for treating infection, researchers test to see if the plant inhibits growth or destroys the bacteria or other pathogens. If a plant doesn’t kill the bacteria or slow bacterial growth, then the plant is considered not an effective treatment and the tradition of using this plant for medicine is cast into doubt. Their recent success is exciting for Cassandra because she was able to show that plants that may have been dismissed as not having clinical value using classical approaches still may be effective in medicinal applications. It also brings to light the important notion that there is more than one way to treat infection, and it opens the door to explore other mechanisms that could be targeted for future drug development. Cassandra is looking forward to finding ways to translate this discovery into clinical applications for people with atopic dermatitis and other clinical populations.

Book Recommendations (3:34)
On All Fronts: The Education of a Journalist by Clarissa Ward, Finding the Mother Tree: Discovering the Wisdom of the Forest by Suzanne Simard, Feasting Wild: In Search of the Last Untamed Food by Gina Rae La Cerva

Most Treasured Travel (38:34)
One of her most memorable trips for science was to attend a conference in Sumatra in Indonesia. As part of the conference activities, the group went on a field trip to an orangutan preserve. Everyone there was scanning the trees hoping to catch a glimpse of the red-furred great apes, and when Cassandra let out an excited squeal, they thought they had found them! Unfortunately for the other conference attendees, what had caught Cassandra’s eye was a titan arum plant (commonly called the “corpse flower”). This plant produces an enormous flower that smells like rotting flesh, and there is a lot of fanfare whenever one of these flowers is in bloom in botanical gardens because they produce flowers rarely and at unpredictable intervals. The plant has fascinating chemistry, and it creates a really unique perfume to attract pollinators. Even though the plant wasn’t in bloom when she saw it in Sumatra, it was a thrill to see it in the wild. Cassandra and her comrades also ended up seeing orangutans on the excursion, and overall it was an amazing trip.

Quirky Traditions and Funny Memories (41:00)
Years ago, Cassandra and a postdoc in her lab traveled to the Western Cape province of South Africa to attend a conference. Before flying back to the U.S., they visited the town of Stellenbosch to see some of the remarkable vineyards there. The view at one of the wineries was breathtaking. It was up on a hill with the forest on one side and the fields of grapevines on the other side. They sat at a table outside, and one of the staff explained the vintages and poured samples for them to taste. Right in the middle of telling them about a beautiful rosé, the staff member suddenly put the bottle down and started jumping, yelling, and waving his hands around in an absurd way. They turned to see what had prompted this display, and a troupe of baboons was approaching them. Apparently the baboons have been known to take food and belongings from unsuspecting tourists. The staff member’s odd dance was successful this time in deterring the baboons, and they resumed their tasting. When Cassandra got back to the U.S., she ordered more of the rosé wine, and it has become a tradition to do the baboon dance and drink a bottle of this fantastic rosé whenever they have a big success to celebrate in the lab.

Advice For Us All (46:29)
Don’t neglect your own wellness and health. When you are busy, often the first thing you let go is self care, but it is really important to find that balance. Prioritize yourself and your relationships with the people who are important to you. In addition, stay organized, and think about all of the different players in your network. These can include mentors, colleagues, peers, and sponsors who can help open up new opportunities for you.

Dr.Guest Bio
Cassandra’s research is focused on the documentation and pharmacological evaluation of botanicals used in traditional systems of medicine for treating infectious disease. She takes an interdisciplinary approach to research, integrating tools from the fields of anthropology, biology and chemistry. In addition to her work in research and teaching, Cassandra is an avid science communicator. She created the Teach Ethnobotany YouTube Channel to share educational resources from the field with students and the broader public. She is the co-creator and host of Foodie Pharmacology, a podcast now in its third season which explores the connections between food and medicine. In her free time, Cassandra can be found exploring the outdoors with her four children, swimming or hiking with friends, or with her nose in a book. Read more about her life and adventures in science in her new highly acclaimed book, The Plant Hunter: A Scientist’s Quest for Nature’s Next Medicines. Find out more about her work on her author website and research group website, or follow her on social media (Twitter/Instagram: @QuaveEthnobot).