Listen to the Episode Below (00:44:14)
Play / pause
1x
1.5x
2x
0:00
0:00
00:44:14
volume
iTunesGoogle PlayShare Leave a ReviewClammr ItListen in a New WindowDownloadSoundCloudStitcherSubscribe on AndroidSubscribe via RSS
Sign up to receive bonus content about our guests and sneak peeks for a guest from the next week’s interviews! 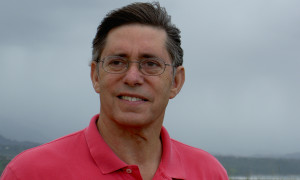 Charles is a Professor of Physics at Washington University in St. Louis. He received his PhD in Physics from the University of California, Berkeley and has been on the faculty at Washington University since 1970. Charles has received many awards and honors during his career, including election as Fellow of the Meteoritical Society and a Fellow of the St. Louis Academy of Science. He has been awarded the NASA Principal Investigators Award, the NASA Exceptional Achievement Award, and recently the James B. Eads Award honoring engineering or technology from the St. Louis Academy of Science. Charles is here with us today to tell us all about his journey through life and science.

Life Outside of Science
Charles has always been a tinkerer, and he often spends his free time working on various projects around the house. For example, one of Charles’ hobbies is woodworking. He built his own kitchen table and several other pieces of furniture.

The Scientific Side
In the lab, Charles does mass spectrometry of noble gases like Krypton and Xenon. He designed and built his own mass spectrometer which is one of the best in the world. With this instrument, Charles measures noble gas isotope ratios in various sources. A major focus is studying meteorite samples to understand early solar system processes.

A Dose of Motivation
A main motivating factor for Charles is curiosity. He is motivated to try to understand how the universe came to be and how there can be so much order in a seemingly chaotic universe.

What Got You Hooked on Science?
As a kid growing up in Alabama, Charles and his friends liked to build things. They built a ramjet engine once in his backyard, and Charles also made some enhancements to the family car so it generated blue flames out of the exhaust when he was on the highway. He started off studying engineering in college, but ended up becoming enthralled with physics along the way.

The Low Points: Failures and Challenges
When Charles started as a faculty member, he remembers teaching his first astrophysics course. At that time he and his colleagues thought they knew most of what there was to know about the universe. Since then, researchers have discovered dark matter and dark energy which make up the majority of the universe. This inspired a lot of scientific humility and made everyone in his field realize that they didn’t know as much as they had thought.

A Shining Success!
Charles worked on the NASA Genesis Mission which was launched to study solar wind. They were looking forward to the return of the space craft and were horrified when it crash-landed in the Utah desert after its parachute failed to deploy. It was a relief and a great victory that nearly all of the data for the mission’s scientific objectives was recovered and they have used this data to understand more about the solar system.

Book Recommendations
The Making of the Atomic Bomb by Richard Rhodes

Most Treasured Travel
A favorite travel memory for Charles is a Meteoritical Society meeting that was held in Rome in 2001. He took two weeks off and they rented a house in Tuscany and enjoyed a wonderful vacation afterwards. The different communities, food, and wine were superb.

Quirky Traditions and Funny Memories
In graduate school, Charles and his labmates had to handmake all their own glassware, and the pieces were really fragile. They were constantly concerned about the safety of their precious glassware, particularly around a certain clumsy lab member. The accidental destruction of glassware by this individual resulted in the creation of an award in his name (made of colorful blown glass) that was passed around every time someone did something wrong or clumsy in the lab.

Advice For Us All
We are observers on this journey, and it is important to enjoy the journey and not worry about the destination.

Guest Bio
In 1974, Charles designed and built a unique noble gas mass spectrometer, achieving what continues to be the most sensitive magnetic sector instrument in the world, one capable of single atom detection and of analyzing the isotopic structures of micro-samples of noble gases. The instrument, the heart of his world-famous lab, allows Charles, his colleagues and students to achieve a better understanding of early solar system chronology, to put a strict upper limit to the neutrino rest mass, to determine the working details of a natural nuclear reactor that operated 2 billion years ago in Africa, to decipher irradiation records of meteorites and lunar soils, to discover “anomalous adsorption” and active capture of noble gases in nature, to analyze tiny particles from a comet nucleus and the noble gases from the solar wind. His work was the first to reveal the early “T-Tauri” phase of our own Sun in its journey toward the “Main Sequence” of stars. His lab developed and refined the I-Xe chronometer which uses the 129Xe daughter of now-extinct 129I as the clockwork to trace formation and evolution of the early solar system. His use of Kr-Kr cosmic-ray dating provided the ages of many lunar craters and other features. He was one of the key science team members on numerous NASA missions, world-renowned scientists have flowed into his research lab and his PhD students have taken key roles at Universities and National Labs, yet Dr. Hohenberg views science in the way an art student might view art while strolling through a museum. Science describes the complexities of nature, and it does so with increasing clarity. Every stroke of the artist’s brush may well be well understood and, although the art student himself is no Rembrandt, he can now more fully appreciate his work.