Listen to the Episode Below (00:55:37)
Play / pause
1x
1.5x
2x
0:00
0:00
00:55:37
volume
iTunesGoogle PlayShare Leave a ReviewClammr ItListen in a New WindowDownloadSoundCloudStitcherSubscribe on AndroidSubscribe via RSS
Sign up to receive bonus content about our guests and sneak peeks for a guest from the next week’s interviews! 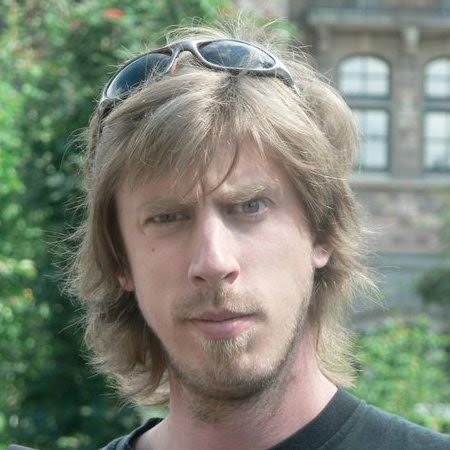 Dr. Chris Cederroth is an Assistant Professor within the laboratory of Experimental Audiology working on tinnitus within the Department of Physiology and Pharmacology at the Karolinska Institute in Sweden. He received his PhD from the University of Geneva, Switzerland for which he was awarded the Denber-Pinard Prize from the University of Geneva. During that time, he also contributed to the launch of the start-up company Amazentis S.A. Before joining the faculty at the Karonlinska Institute, Chris was awarded a Swiss National Foundation Advanced Fellowship for his postdoctoral work conducted at Rockefeller University, as well as the Wenner Gren Foundation and Nicholson Postdoctoral Fellowship to support his research efforts at the Karolinska Institute. Chris is here with us today to talk a little about his research and tell us all about his journey through life and science.

Life Outside of Science (2:13)
Chris has three children who are 3, 5, and 7 years old. When he’s not at work, Chris enjoys visiting museums and and spending time outdoors with his family.

The Scientific Side (3:40)
Research in Chris’s lab focuses on hearing loss and tinnitus, which is the perception of ringing in the ears. Over 300 million people in the world have hearing problems, and Chris is dedicated to understanding the causes and developing treatments.

A Dose of Motivation (7:10)
“A person who never made a mistake never tried anything new.” – Albert Einstein

What Got You Hooked on Science? (11:56)
As a teenager, Chris remembers watching documentaries on the adventures of Jacques Cousteau, and these got him excited about marine life. In particular, Chris was fascinated by marine mammals. He got involved with the Swiss Cetacean Society to teach people about marine mammals and disseminate the Society’s mission. After a while, Chris began to feel like he wasn’t able to make the kind of impact he wanted, so he decided to explore his curiosity for research. Before landing a job in a lab, Chris had worked different odd jobs as a security agent, limousine driver, house keeper, and restaurant employee.

The Low Points: Failures and Challenges (26:09)
Chris was excited to transfer one of his postdoctoral projects to the Karolinska institute for his new position. This meant coordinating the transport of research animals from New York to Sweden. Just when he thought he had everything set, Chris received a call that the animals couldn’t be sent due to a potential fur mite infection in the New York facility. They were able to come up with a solution by cryo-preserving embryos, but this was expensive and time-consuming. In the meantime, Chris was moving his family to a different country and was unable to run experiments to respond to reviewer comments on a manuscript he had submitted, leading to rejection of the paper. Finally when everything made it to Stockholm, the facility he was supposed to use moved to a new building, and it was nine months before he could get started running experiments again.

A Shining Success! (32:00)
Tinnitus is a challenging disease to understand because there are various different causes, as well as different ways it manifests (unilateral, bilateral, continuous, intermittent, etc.). For years, researchers in the field believed there were no genetic components, but Chris conducted a study in twins that demonstrated otherwise. They discovered that unilateral tinnitus occurs mostly due to environmental causes, but in bilateral tinnitus, particularly in young women, there appears to be a strong genetic impact.

Book Recommendations (38:03)
The Macchiarini Case Reports from The Karolinska Institute

Most Treasured Travel (43:10)
Chris had a wonderful time in Santiago de Compostela when he went in 2002 for a scientific exchange program. The people were nice, the food was excellent, and there were beautiful beaches. Despite the plentiful rain, Chris enjoyed was able to see many of the sites there, including the richly historic old town.

Quirky Traditions and Funny Memories (45:36)
When Chris was at the University of Geneva, he frequently attended the PhD defenses of other students and the subsequent cocktail parties with food, drinks, and networking. The catering staff let them take leftovers home after the party, and on one occasion, Chris left with a pack of mozzarella cheese. He stopped by the lab to finish a few things, and forgot to grab his cheese off the shelf on the way out. Returning to the lab days later, Chris discovered a pungent surprise that no one in the lab (or surrounding labs) would ever forget.

Advice For Us All (50:46)
Find something you are excited about, and do your best at it. When you find what you are passionate about, never let it go no matter what challenges arise. At some point in your life, you should push yourself to your limit. If you’ve never tested yourself, you don’t know how strong you can be.

Guest Bio
Chris’s ultimate research goal is the prevention and cure of hearing loss and tinnitus. For this purpose, his group has established collaborations with industry to facilitate the translation of their findings into cures. The laboratory focuses on 1) the molecular mechanisms that regulate synaptic uncoupling in the ear, 2) the mechanisms that govern homeostatic plasticity in the brain during tinnitus, 3) the causative relationship between peripheral damage and phantom sound generation. They have a dual approach using animal models of hearing loss and tinnitus to decipher the signaling pathways disrupted in the ear and/or in the brain but also using genetics in multi-case families with history of tinnitus, aiming to identify and validate new targets for drug development. To address this challenge, Chris and his colleagues use a battery of techniques including behavior (gap-detection and prepulse inhibition), manganese enhanced MRI, auditory electrophysiology, molecular biology, synaptic histology, cell culture, cytometry, apoptotic assays, mouse genetics, human genetics and epidemiology. In order to assess drug efficacy in humans, they have developed a new technology for the objective measure of tinnitus and are initiating its testing now. They are also actively involved in a worldwide effort to provide international guidelines for clinical trials in tinnitus. In addition, Chris is working with Frontiers, a premier open-access publisher, on a research topic that is bringing together top tinnitus researchers from all over the world to better understand heterogeneity in tinnitus.