Listen to the Episode Below (00:46:26)
Play / pause
1x
1.5x
2x
0:00
0:00
00:46:26
volume
iTunesGoogle PlayShare Leave a ReviewClammr ItListen in a New WindowDownloadSoundCloudStitcherSubscribe on AndroidSubscribe via RSS
Sign up to receive bonus content about our guests and sneak peeks for a guest from the next week’s interviews! 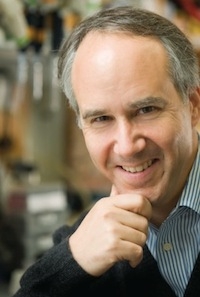 Dr. Dan Geschwind is the Gordon and Virginia MacDonald Distinguished Professor in of Neurology, Psychiatry and Human Genetics at the University of California Los Angeles School of Medicine. He is also Director of the Neurogenetics Program, Director of the Center for Autism Research and Treatment (CART) and Co-Director of the Center for Neurobehavioral Genetics in the Semel Institute at UCLA. Dan received his MD/PhD from Yale University School of Medicine. He completed his internship, residency (Neurology), and postdoctoral fellowship at UCLA, joining the faculty at UCLA afterwards, founding the Neurogenetics Program. Dan has received many awards and honors during his career, including the Derek Denny-Brown Neurological Scholar Award from the American Neurological Association in 2004, the Scientific Service Award from Autism Speaks in 2007, the Ruane Prize for Child and Adolescent Psychiatric Research from the Brain and Behavior foundation in 2012, the Taking on Tomorrow Innovation Award (Research/Scientific Breakthrough in Autism) from Boston Children’s Hospital in 2013, and he is an elected member of the Institute of Medicine of the National Academies. Dan is with us today to tell us all about his journey through life and science.

Dan’s laboratory aims to develop a mechanistic understanding of neuropsychiatric diseases, such as autism and neurodegenerative diseases, and their relationship to the range of normal human higher cognitive function and behavior. The lab’s approach relies heavily on computational and bioinformatic methods in addition to wet laboratory experimentation. The ultimate goal is to use these integrative approaches to help develop effective therapeutics for neurologic and psychiatric disorders. Dr. Geschwind has also put considerable effort into fostering large-scale collaborative patient resources for genetic research and data sharing. He is a strong advocate for data and biomaterial sharing, having provided scientific oversight for the Autism Genetic Resource Exchange (AGRE). He has served on numerous scientific advisory boards, including the Faculty of 1000 Medicine, the Executive Committee of the American Neurological Association, the NIMH Advisory Council and the NIH Council of Councils. He has published over 300 papers and serves on the editorial boards of several journals including Biological Psychiatry, Cell, Human Molecular Genetics, Neurobiology of Disease, Neuron and Science.