Listen to the Episode Below (00:53:04)
Play / pause
1x
1.5x
2x
0:00
0:00
00:53:04
volume
iTunesGoogle PlayShare Leave a ReviewClammr ItListen in a New WindowDownloadSoundCloudStitcherSubscribe on AndroidSubscribe via RSS
Sign up to receive bonus content about our guests and sneak peeks for a guest from the next week’s interviews! 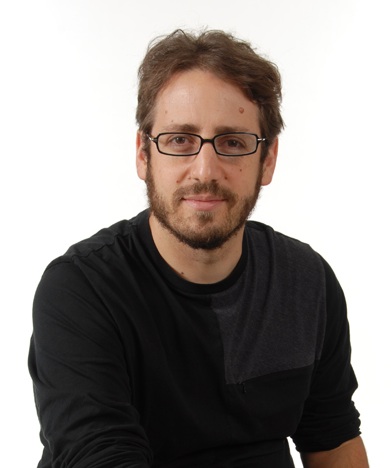 Dr. Daniel Whiteson is a Professor of Physics and Astronomy at the University of California, Irvine. He is also co-author of the book We Have No Idea: A Guide to the Unknown Universe. Daniel received his B.S. in Physics and Computer Science from Rice University, he was awarded a Fulbright Fellowship to study at the Niels Bohr Institute in Copenhagen, and he went on to earn his PhD in Physics from the University of California, Berkeley. He conducted postdoctoral research afterwards at the University of Pennsylvania before joining the faculty at UC, Irvine. Daniel has received various awards and honors in his career, including an Alfred P. Sloan Foundation Fellowship, an Outstanding Junior Investigator award from the U.S. Department of Energy, the Chancellor’s Award for Excellence in Undergraduate Research from UC, Irvine, and a Webby Award in Experimental and Innovation sites for developing a smartphone app called Cosmic Rays Found in Smartphones which uses a cell phone’s camera to detect ultra high-energy cosmic rays. Daniel has also been named a Fellow of the American Physical Society. Daniel joined us for an interview to talk more about his life and science.

Life Outside of Science (2:36)
When not in the lab, Daniel engages in experimental baking to create a wide variety of desserts. He’s currently perfecting his recipe for chocolate babka, a type of sweet bread. Regardless of how his kitchen experiments turn out, it’s fun to share them with his wife and two kids.

The Scientific Side (4:22)
As a particle physicist, Daniel is working to discover how the universe began and what things are made of at their most fundamental levels. His job involves talking to people, writing computer code, and using these computer programs to analyze data and ask some of life’s biggest questions.

What Got You Hooked on Science? (11:24)
In his early years, Daniel was known to take things apart to figure out how they worked. He remembers smashing rocks together in his backyard to try to break them up into smaller and smaller rocks. While doing this, Daniel wondered how small he could make the rocks, whether you could keep making smaller and smaller rocks forever, and whether the pieces were still rocks after a certain point. He also wrote computer programs and video games as a kid, and he enjoyed playing with computers. In high school, Daniel was strongly influenced by his physics teacher who was a researcher at Los Alamos National Laboratory. This teacher inspired the class by showing them how physics allows you to extract mathematical laws from our crazy and chaotic world. He then taught them how these basic laws can then be used to accurately predict the future. Daniel was hooked. He dabbled in plasma physics and condensed matter physics before finding his way to particle physics where the big questions and day-to-day tasks were both a good fit for him.

The Low Points: Failures and Challenges (27:31)
The transition from college to graduate school was a struggle for Daniel. In college, he was a good student who was great at solving homework problems. However, in graduate school, he was tasked with solving problems that no one had ever solved before, he didn’t know how to solve, and he wasn’t sure if they were even solvable. Daniel was assigned to work on the DZero experiment at the Fermi National Accelerator Laboratory, and his advisor had a very hands-off approach to mentoring. For about six months, Daniel sat at a computer reading and trying to figure things out, but he didn’t really have anything to do. A postdoc in the research group finally told Daniel that he was capable of more than what he was currently doing, and that Daniel should find something that interested and excited him. This conversation was a revelation. Daniel realized that he could be self-directed and that he needed to figure out his own research questions and determine how to answer them. These were completely different skills than what he had used to excel in college.

A Shining Success! (33:15)
In recent years, many physicists have discovered that some of the data analysis problems they struggle with have already been solved by researchers in other fields. In particular, in working on the Large Hadron Collider to smash protons together, they take large digital pictures of the collisions. The pictures are taken every 25 nanoseconds, and each picture contains 100 million pieces of information, so there is an overwhelming amount of data. To analyze the data, they make simplifying assumptions to focus on just a few pieces of information. As a result, they lose a lot of information, but they didn’t know how to analyze these images without the simplifications. During an invited research presentation for the machine learning and computer science group at his university, Daniel described the issues they were facing. A professor there mentioned that this might be an ideal application for a tool they developed that analyzed datasets pixel by pixel over time. The tool used neural networks to handle large data, combined with deep learning and machine learning algorithms to solve difficult problems. The network they shared with him was better than anything Daniel’s group had tried before, and these methods have boosted their ability to understand nature and the universe itself.

Book Recommendations (37:15)
We Have No Idea: A Guide to the Known Universe by Daniel Whiteson and Jorge Cham, the Foundation series by Isaac Asimov, Diaspora by Greg Egan

Most Treasured Travel (41:00)
One of Daniel’s favorite places to travel for work is Aspen, Colorado. The Aspen Center for Physics runs workshops every summer that bring physicists together from a variety of institutions. This is an amazing opportunity to get constructive feedback and exchange ideas with new people who you might not otherwise cross paths with. The location is beautiful, and Daniel always returns with new ideas and research directions after spending a week or two there. In addition, Daniel’s work involves traveling to the world’s best particle colliders. His son was born in Chicago near the Tevatron particle accelerator at the Fermi National Accelerator Laboratory. At the time, this was the highest energy particle collider in the world. Later, Daniel’s daughter was born near Geneva, Switzerland while he was working at the world’s new highest energy collider, the Large Hadron Collider at CERN. Having his family connected to these particle accelerator locations makes them particularly meaningful for Daniel as well.

Quirky Traditions and Funny Memories (44:49)
Once or twice a year, Daniel’s research group has a meeting where they all share their craziest research ideas. Everyone brings one or two research project ideas where there is no limit on cost, practicality, feasibility, or other factors. They think of big questions about the universe and devise ways they would try to answer them. This is a fun exercise that makes people get creative and can pull people out of their mental ruts. On one occasion, both Daniel and one of his students came up with an idea of using a global network of smartphones to create the world’s largest telescope to detect cosmic rays. This is now one of the projects they are pursuing.

Advice For Us All (50:04)
You can do better, and you should keep pushing yourself to do more. Also, focus on the scientific questions you really want to answer rather than on your career and your next job. Following the questions you are interested in will lead you to the field where you are most productive, will have the most fun, and will make the biggest impact.

Guest Bio
Daniel’s research is in the field of Experimental High Energy Physics. He is interested in probing the structure of matter and the nature of its interactions at the very smallest scales, to understand the fundamental nature of our universe. Daniel is part of the ATLAS collaboration which built, maintains, and collects data from the ATLAS experiment at the Large Hadron Collider, where the Higgs boson was discovered. His research uses the LHC to investigate the basic building blocks of the Universe around us, hoping to find new kinds of particles or interactions and reveal a deeper and simpler layer underlying our reality. In 2014, Daniel set out on a mission to conceive the largest particle experiment ever constructed. Along with his team, he developed Cosmic Rays Found in Smartphones (CRAYFIS), a smartphone app which uses a cell phone’s camera to detect ultra high-energy cosmic rays (UHECRs). These particles are nearly a billion times as energetic as the particles in the Large Hadron Collider, and their origin is a mystery. The challenge is that UHECRs are very rare with about 1 particle per square kilometer over 100 years. Therefore, a very large detector is needed. CRAYFIS would turn the network of the roughly two billion existing phones into a planet-sized detector of cosmic rays.