Listen to the Episode Below (00:48:32)
Play / pause
1x
1.5x
2x
0:00
0:00
00:48:32
volume
iTunesGoogle PlayShare Leave a ReviewClammr ItListen in a New WindowDownloadSoundCloudStitcherSubscribe on AndroidSubscribe via RSS
Sign up to receive bonus content about our guests and sneak peeks for a guest from the next week’s interviews! 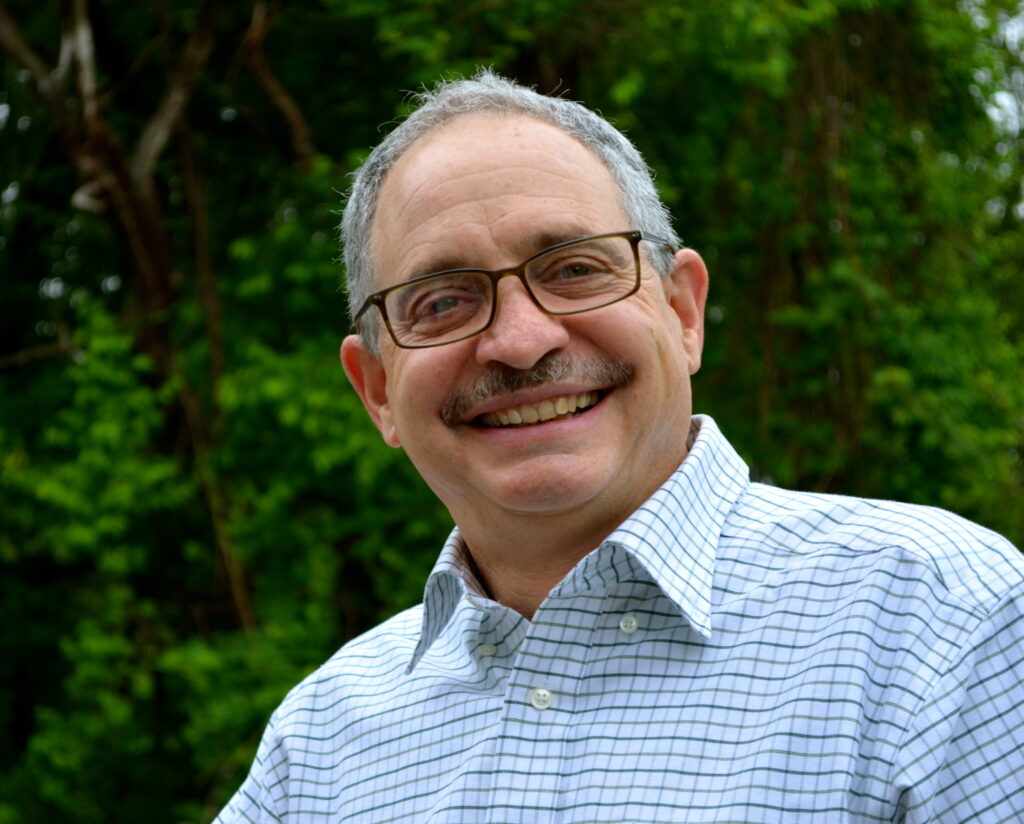 Dr. David Kaplan is the Stern Family Endowed Professor of Engineering at Tufts University, a Distinguished University Professor, and Professor in the Department of Biomedical Engineering. He also holds faculty appointments in the School of Medicine, School of Dental Medicine, and the Departments of Chemistry and Chemical and Biological Engineering. David received his B.S. degree in biology from the State University of New York and his PhD in biochemistry from Syracuse University and SUNY Syracuse. He worked as a research scientist at Natick Research & Development Center for several years before joining the faculty at Tufts University in 1996. He has received multiple awards for his research and teaching, including the Clemson Award for literature contributions from the Society for Biomaterials, the Massachusetts Columbus Quincentennial Award, and the Henry and Madeline Fischer Faculty Award from Tufts University. In addition, David is an elected Fellow of the American Institute for Medical and Biological Engineering, the National Academy of Engineering, and the International Academy of Medical and Biological Engineering. In this interview, he shares more about his life and science.

Life Outside of Science (2:42)
In his free time, David enjoys traveling, meeting new people, observing nature, and studying trees from both a naturalist and scientific perspective.

The Scientific Side (4:26)
For his research, David looks to nature for sources of inspiration, and he uses scientific and engineering disciplines to create new things. For example, they study polymers in silks from spiders and silkworms to understand the molecular biology, biochemistry, and materials science to create new materials with particular properties. Their work also includes projects in tissue engineering, regenerative medicine, and cellular agriculture.

What Got You Hooked on Science? (10:45)
David spent a lot of time as a kid hiking, being out in nature, and observing plants and animals. When he was in high school, one of his teachers showed the class a demonstration where they changed the color of a solution using an enzyme. To David, this was like a magic show. He was fascinated by the fact that this naturally occurring enzyme was able to change the properties and the appearance of the solution. As an undergraduate student, he had a chance to work in a lab, and this sparked his passion for research. The lab environment was comfortable, and he liked being able to shut out distractions and focus on his work. For his PhD, David studied the synthesis of lignin, a key component of trees and plants. These projects brought together his love of trees and his interest in science. While working at the Natick Labs, David began teaching on the side at local universities, and he discovered that teaching was something he really enjoyed. He made the transition from his government position back to academia so he could continue to do exciting research but also spend more time teaching and mentoring students.

The Low Points: Failures and Challenges (30:14)
One area of David’s research has focused on understanding the mechanisms of how silks are prepared, processed, and formed into fibers by spiders and silkworms. For about thirty years, they have been able to make proteins used in spider silks with reasonable yields and generate recombinant silks to do studies on their structure and function. However, even today, they cannot do this same process with silkworm silks, and David still doesn’t definitively know why. While they haven’t been able to solve these issues in silkworms, they have been able to keep this line of work moving forward by using the spider silks.

A Shining Success! (33:28)
In translational research, projects often get stuck in a so-called “valley of death” between laboratory studies and having real impacts in the world. About two years ago, they began a project to isolate cells from deep sea fish with the goal of growing these cells to make foods of the future through cellular agriculture. The group chartered a deep sea fishing boat and hired a captain to take them out on the water. Despite struggles with seasickness, this was a wonderful and memorable expedition. They caught a mackerel and brought this sample back to the lab where they discovered that the muscle cells were remarkably resilient. It can be really difficult to get cells to undergo a process called spontaneous immortalization where the cells gain the ability to keep dividing and proliferating indefinitely, but the student working on this project succeeded quickly in getting this to occur. In just two years, they went from this fortuitous fishing expedition to having the cells available in a cell database for other scientists to use in research and licensing the cells to a startup company for use in developing sustainable foods.

Book Recommendations (36:51)
The Wild Trees: A Story of Passion and Daring by Richard Preston, The Secret Life of Trees: How They Live and Why They Matter by Colin Tudge

Most Treasured Travel (38:13)
David received funding from the National Science Foundation to teach biomedical engineering at the University of Mauritius about 15 years ago. Mauritius is a small island in the Indian ocean off the eastern coast of Madagascar, and he and six of his colleagues participated in the trip. It was an unforgettable experience. They stayed at a resort on the island’s coast and also toured various attractions across the island. While at the local zoo, David saw amazing creatures that he had never seen before, including an impressive assortment of enormous insects. The biodiversity was remarkable, and he really enjoyed observing the giant tortoises. During their trip, David also got to witness another side of science at the new hospital that was built on the island for medical tourism. Unfortunately, people fly in from all over the world and pay exorbitant sums to receive treatments for which there is no rigorous scientific evidence of efficacy. It was eye-opening to see how people could take advantage of patients who were desperate for a cure, and this really highlighted for David the necessity of ethics in science and medicine.

Quirky Traditions and Funny Memories (42:52)
Having a sense of humor is important in both life and science, and you can’t take yourself too seriously. There are a few scientists in David’s group who do stand-up comedy and perform at open mic nights. It’s fun to get the group together to watch these performances, and their holiday parties are always fun and full of laughs.

Advice For Us All (46:28)
Keep reading and exploring the world until you discover something that you are passionate about. Once you do, find a way to get involved. Don’t be afraid to ask for help from people who can mentor you and network with others in that area.

Guest Bio
David’s research focus is on biopolymer engineering, tissue engineering, regenerative medicine, and cellular agriculture. He has published over 1,000 peer reviewed papers, is editor-in-chief of ACS Biomaterials Science and Engineering, and he serves on many editorial boards and programs for journals and universities. He directed the NIH P41 Tissue Engineering Resource Center (TERC) that involves Tufts University and Columbia University for 15 years. His lab has been responsible for over 150 patents issued or allowed, and numerous start-up companies. He has also received a number of awards for his research and teaching and was elected Fellow of the American Institute of Medical and Biological Engineering and to the National Academy of Engineering.

Support for this episode of People Behind the Science was provided by LAMPIRE Biological Laboratories.