Listen to the Episode Below (00:37:56)
Play / pause
1x
1.5x
2x
0:00
0:00
00:37:56
volume
iTunesGoogle PlayShare Leave a ReviewClammr ItListen in a New WindowDownloadSoundCloudStitcherSubscribe on AndroidSubscribe via RSS
Sign up to receive bonus content about our guests and sneak peeks for a guest from the next week’s interviews! 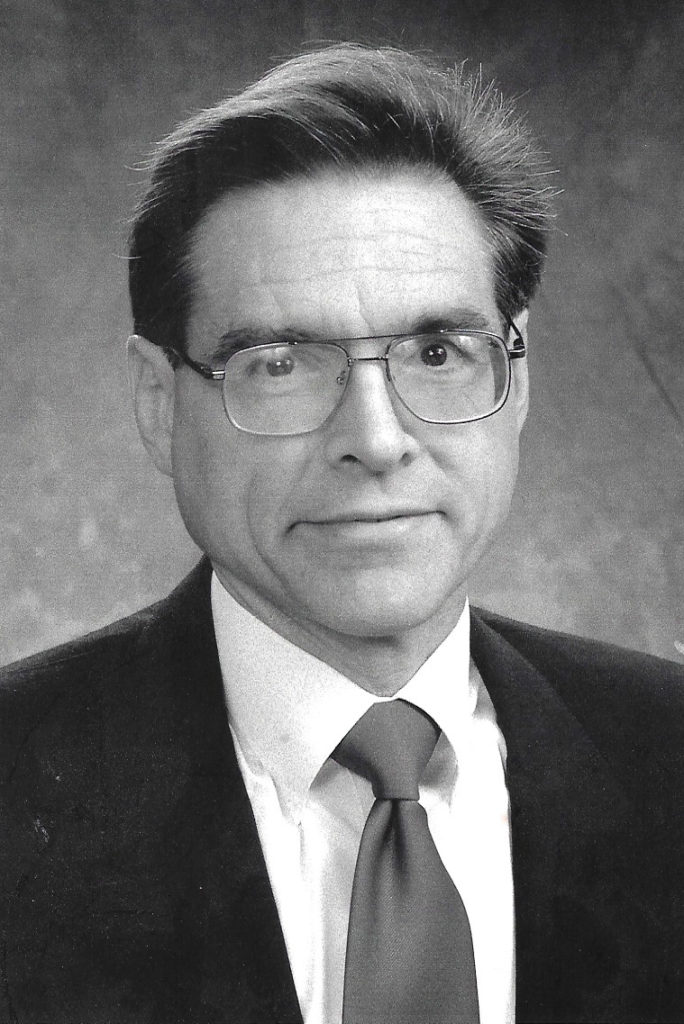 Dr. Dennis Riley is Co-Founder and Chief Scientific Officer at Galera Therapeutics, a clinical-stage biotech company discovering and developing innovative cancer treatments. He is also an Adjunct Professor of Chemistry at Washington University in St. Louis. He earned his Bachelor’s degree in chemistry and mathematics from Heidelberg College and his PhD in inorganic chemistry from The Ohio State University. Afterwards, Dennis conducted postdoctoral research at the University of Chicago. Dennis began his career working in research and development with Proctor and Gamble, and he spent much of his career working at Monsanto where he held the positions of Senior Science Fellow and Manager of Metal-Mediated Chemistry. He subsequently served as Vice President of Research at Metaphore Pharmaceuticals and Senior Vice-President at the start-up company Kereos before co-Founding Galera Therapeutics. Dennis is an elected Fellow of the American Association for the Advancement of Science and he has received the American Chemical Society St. Louis Section’s Chemist of the Year Award. In addition, Galera Therapeutics’ new drug GC4419 has been designated as a “Breakthrough Therapy” by the FDA for reduction in the duration, incidence, and severity of oral mucositis induced by radiation therapy in cancer patients. In this podcast interview, Dennis spoke with us about his experiences in life and science.

The Scientific Side (3:46)
Dennis and his colleagues have been developing synthetic enzymes that target undesired or toxic metabolic byproducts. They are currently working with a synthetic enzyme that is a functional mimic of an important natural enzyme in mammals. This enzyme breaks down superoxide, which is a very toxic free radical byproduct of normal metabolism. Superoxide is also produced by radiation treatment for cancer. The compound that Dennis has developed protects healthy tissue from radiation damage during cancer treatment.

A Dose of Motivation (5:41)
“The true use of alchemy is not to make gold, but to prepare medications to prevent human suffering.” – Paracelsus

“If I have seen further than others, it is by standing on the shoulders of giants.” – Isaac Newton

What Got You Hooked on Science? (8:38)
Dennis has been fascinated by astronomy since his childhood, but he realized that astronomy jobs are relatively scarce. Knowing this, Dennis decided that astronomy was something he could read about and enjoy without being a professional astronomer. In school, Dennis was dedicated to learning, fascinated by research, and he enjoyed his chemistry and mathematics classes. Pursuing a career in chemistry seemed like a natural choice. Dennis took as many courses as he could in college, which didn’t leave him time to get involved in research. He was hired to work for the American Chemical Society Chemical Abstract Service immediately after graduating. While working there, Dennis also took courses at The Ohio State University. One of the professors for a course he was taking later became his graduate advisor. When Dennis was a postdoc, he was really motivated by making sure his science had real-world relevance. This led him to pursue jobs in industry.

The Low Points: Failures and Challenges (21:50)
One of the biggest regrets for Dennis is the decision they made at Metaphore to target a disease indication where it was easy to do clinical trials, but where they didn’t yet have enough knowledge of the disease mechanism to know whether superoxide was a primary driver. The company conducted multiple clinical trials with underwhelming results. This was really frustrating for the team. It is extremely difficult to develop a drug that can pass all the regulatory and safety hurdles without knowing the mechanism required to treat the disease. If they hadn’t gone down that route, they likely would have begun investigating their current radiation paradigm much sooner.

A Shining Success! (26:39)
The day Dennis and his colleagues discovered that one of their compounds was a good catalyst for removing superoxide by converting it to hydrogen peroxide and oxygen was a major success. Other developments on this project followed, including learning more about the mechanism of the compound and developing a computer modeling paradigm that allowed him to design highly functional compounds without having to physically make them. This computer modeling helped Dennis screen compounds to determine whether they were good candidates for synthesis. Making the computer modeling program that worked exceptionally was another moment of great joy in Dennis’s career.

Most Treasured Travel (30:18)
Dennis was invited to give a lecture at an International Conference on Coordination Chemistry that was held in Florence, Italy. He made the trip with his wife, and they had a wonderful time sampling the fantastic Italian food and seeing some of the major sights in the city. This conference occurred while Dennis was working at Metaphore and was collaborating with researchers at the University of Florence. His local colleagues hosted Dennis and his wife for meals during part of the trip and served as guides to show them around the city. The city has a fascinating history, and the Duomo was among the must-see attractions.

Quirky Traditions and Funny Memories (32:03)
The first Gordon Research Conference on Green Chemistry was held in Oxford, England. Upon the recommendation of one of their English colleagues, Dennis and four others embarked on a punting expedition on the River Thames. They piled into their small rented boat, and Dennis took on the role of steering the boat using a long pole. The boat felt very unstable, and Dennis was worried it would tip over at any moment. The group punted a few miles into the countryside before stopping to visit a pub. After sampling some excellent English beers, the boat ride back was even more heralding. They had to go upriver on the return trip, and Dennis was even more certain the boat wasn’t going to remain upright. However, they somehow all made it back without incident.

Advice For Us All (36:20)
Don’t be a quitter. If you believe in something, be persistent. Also, science is based on truth, and it is a great career.

Guest Bio
Dennis’ research background has focused on catalysis and process chemistry R&D in Monsanto’s Corporate Research Center where he was a Senior Fellow and manager of catalysis research. When Monsanto acquired a drug company in 1985, he began to investigate approaches to controlling diseases that arise due to the overproduction of an undesired metabolic by-product, such as superoxide radical, or arise due to overexpression of foreign gene products arising from viral invasion or cancer. This concept of synthetic catalysts serving as enzymes (or synzymes) as drugs was at that time a new paradigm for drug discovery and has occupied his drug R&D efforts for much of the past 25 years. This work has culminated in the founding of Galera Therapeutics and the clinical development of GC4419 as an agent to prevent side effects from radiation therapy of solid tumors while at the same time enhancing the effects of radiation in cancer cell killing. To date GC4419 has demonstrated excellent efficacy in human trials of head and neck cancer in which patients are subjected to radiation therapy. This has led to the FDA’s granting of Breakthrough Therapy Status to GC4419 for this indication. Outside of work, Dennis is a voracious reader of history, science, and science fiction, and he has many interests including golf, mountain biking, swimming, travel with his wife as time permits, and amateur astronomy, which is sometimes frustrating when you live in the light polluted skies of metropolitan St. louis.