Listen to the Episode Below (00:50:48)
Play / pause
1x
1.5x
2x
0:00
0:00
00:50:48
volume
iTunesGoogle PlayShare Leave a ReviewClammr ItListen in a New WindowDownloadSoundCloudStitcherSubscribe on AndroidSubscribe via RSS
Sign up to receive bonus content about our guests and sneak peeks for a guest from the next week’s interviews! 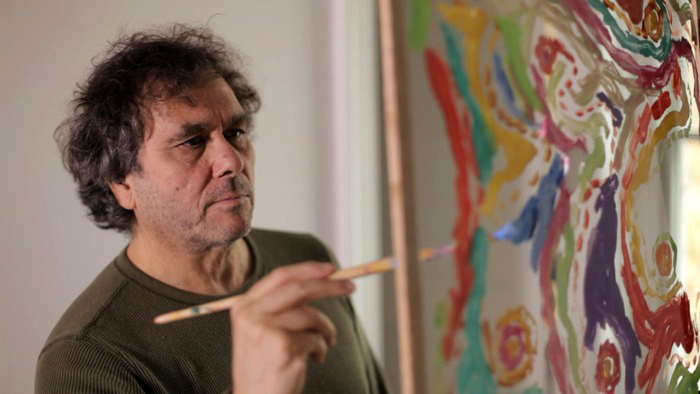 Dr. Ed Belbruno is a professional artist, specializing in abstract expressionist paintings, Clinical Professor of Mathematics at Yeshiva University, a Visiting Research Associate in the Astrophysics Department at Princeton University, and President and Founder of the company Innovative Orbital Design. Ed received his associate degree from Mitchell College and his B.S. and Ph.D. degrees in mathematics from New York University. He then worked as a faculty member at Boston University for about five years before accepting a position as a trajectory analyst at NASA’s Jet Propulsion Laboratory (JPL). After leaving JPL, Ed held positions at Pomona College and The Geometry Center at the University of Minnesota. Throughout his career, Ed and his work have been recognized with various awards and honors. He received Germany’s Humboldt Research Award in Mathematics, received the Laurels Award from Aviation Week Space and Technology Magazine, was named one of the “Top 10 Most Influential Space Thinkers” by New Scientist, and was the subject of a feature documentary movie entitled “Painting the Way to the Moon”. In our interview, Ed shares more about his life and research.

Life Outside of Science (2:30)
Art is one of Ed’s passions outside of math and science. Since his first serious oil painting of a view of Saturn from the moon of Titan at the age of seven, Ed has created a large portfolio of paintings, and he continues to be a prolific professional artist today.

The Scientific Side (5:26)
Ed is a mathematician who applies his work to answer questions in celestial mechanics, the branch of astronomy that examines how rockets, asteroids, moons, and other objects move in space. In particular, he focuses on delicate, complicated motions called chaos motions (based on chaos theory). Calculations of chaos motions are relevant for studying trajectories of spacecraft to the moon and other destinations, how the moon was created, the origins of the universe, and other questions in astrophysics.

A Dose of Motivation (11:07)
Motivation comes naturally for Ed, and he is generally an optimistic, inspired and happy person. He remembers his parents telling him that he was already laughing when he was born.

What Got You Hooked on Science? (11:55, 15:53)
As a kid, Ed was fascinated by space and oceanography. He grew up in the 1950s and 1960s when there was a lot of public interest in space, and his family lived near the ocean in New London, CT. When he was 14 years old, Ed and his friends designed an experiment where they kept a mouse alive in an underwater aquarium for over a month using a gas exchange membrane that pulled in oxygen from (and diffused carbon dioxide out into) the surrounding water. Ed’s attention was more focused on going to rock and roll concerts than on studying during high school, and he didn’t have many options in terms of college prospects. He was able to secure admission at a local two-year junior college where his mother worked in the bookstore, but his first semester was a complete disaster. Ed realized he needed to change. When he came back for his second semester, Ed worked really hard and was soon the best student the mathematics department had ever seen. Ed decided to continue his education at New York University, pursuing courses in mathematics and chemistry. One of the reasons Ed wanted to continue his mathematics training was because he knew it could offer him a chance to return to his childhood interest in studying space through the field of celestial mechanics. This field continues to captivate Ed today.

The Low Points: Failures and Challenges (30:29)
When he was young, Ed came across an article on astronauts in the attic of his mother’s house. The photo of the astronaut piqued his interest, and he asked his mom what an astronaut was. She promptly told him that there was no point in asking because he wasn’t smart enough to become one. This was a formative moment in Ed’s life. He knew deep down that he was smart, and this conversation with his mother challenged him to prove that he really was smart. It drove Ed to get a PhD in math, but even then, he didn’t feel he had really proven himself. It wasn’t until Ed developed his own theory of how to get spacecraft to the moon using chaos movement and used this theory to successfully rescue a Japanese robotic lunar probe that he really knew that he was smart. Ed’s success saved the Japanese lunar mission, and it saved Ed’s scientific career as well because other scientists at the Jet Propulsion laboratory where Ed worked had thought his new theory was a crazy idea.

A Shining Success! (34:30)
Another exciting success was his work investigating how the moon was created. A theory had been proposed that a large object about a third of the size of the Earth (approximately the size of Mars) had slammed into the Earth, and matter propelled into space by this impact came together to form the moon. While this theory seemed plausible based on the fact that the material the moon is made of is identical to the material in Earth’s mantle, the source of this enormous, Mars-sized object was still unknown. A professor at Princeton suggested that material may have collected in areas near Earth called Lagrange points until a Mars-sized object formed. This object could have escaped the Lagrange point and impacted Earth to create the moon. Ed was instrumental in applying chaos motion trajectories to show how a Mars-sized object could travel from one of these Lagrange points and end up hitting Earth. In computer simulations, the object collided with the Earth with such high frequencies that he and many others were convinced that this is what likely occurred. This project was Ed’s first foray in astronomy, and their results were published in a prestigious academic journal and featured on the cover of New Scientist Magazine.

Book Recommendations (39:05)
Intelligent Life in the Universe by Carl Sagan and Iosif Shklovsky

Most Treasured Travel (39:57)
Ed’s work in science and mathematics has provided him with opportunities to travel all over the world. For example, he received the Humboldt Award for his work discovering low energy (low fuel) routes to the moon, and as part of this award, Ed got to spend a year working in Germany. While there, he met the President of Germany, explored the city of Berlin (which has become one of his favorite cities in the world), and enjoyed broadening his perspectives by living outside the United States. Ed also really enjoyed being a visiting faculty member at a university in Bogotá, Columbia. He never would have envisioned himself traveling to Columbia, but he loved the city, and the coffee there is the best he has ever had.

Guest Bio
Ed is currently working on the way a spacecraft or comet can move within dark matter. He has worked for a number of years on low energy (fuel) ways to get spacecraft to the Moon and Mars. One of his trajectories was used in 1991 to rescue a Japanese lunar spacecraft (Hiten) and successfully get it to the Moon. He has studied the big bang singularity and different type of motions about black holes. As an artist, his art is evolved significantly over the years. He is now working mainly in black and white on expressionist apocalyptic landscapes. His works are shown in galleries in the US and throughout the world. They are in a number of collections. Ed enjoys working out in the gym and going to the beach. He lives in Princeton, NJ and loves to travel.