Listen to the Episode Below (00:37:53)
Play / pause
1x
1.5x
2x
0:00
0:00
00:37:53
volume
iTunesGoogle PlayShare Leave a ReviewClammr ItListen in a New WindowDownloadSoundCloudStitcherSubscribe on AndroidSubscribe via RSS
Sign up to receive bonus content about our guests and sneak peeks for a guest from the next week’s interviews! 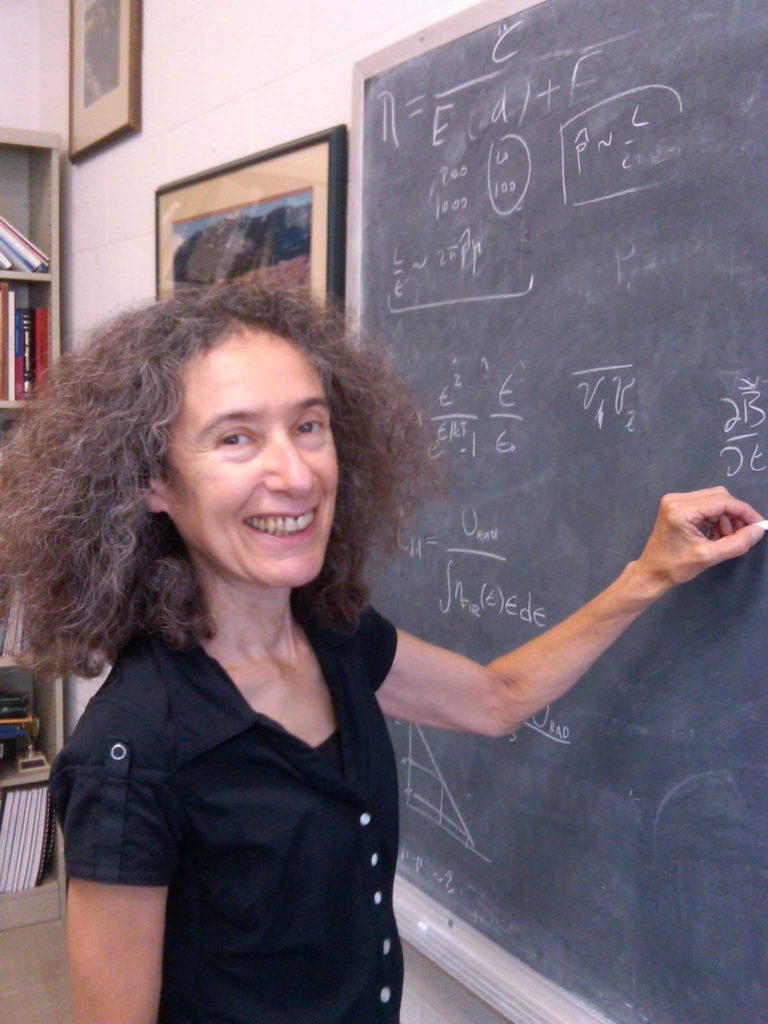 Life Outside of Science (2:19)
Ellen’s interests outside of science include creative writing, art, and exercise. She has recorded her thoughts and sketches in a journal since 1977, and drawing is a wonderful way for Ellen to see details in her surroundings that she might otherwise miss. In addition, Ellen has explored her artistic side through sculpting clay and painting. As far as exercise, Ellen runs at least 45 minutes every day, and each year on her birthday, she extends the duration of her run to match the minutes to her age in years.

The Scientific Side (4:41)
Ellen is a theoretical astrophysicist who specializes in plasma astrophysics. Her studies examine electricity and magnetism in the cosmos, including phenomena like sun spots, the solar cycle, and high energy electromagnetic emissions (e.g. x-rays, gamma rays, and radio waves) from stars and galaxies.

A Dose of Motivation (5:56)
The research Ellen does is curiosity-driven, and she is motivated by the opportunities she has to explore her curiosity to better understand the components of our world and our universe.

What Got You Hooked on Science? (9:53)
Curiosity was encouraged by Ellen’s father who was a machinist and had a deep love of popular science. She recalls her dad explaining to her when she was three years old why people got sick. He talked about bacteria and viruses, and she really wanted to see them. When her dad said Ellen couldn’t see them because they were too small, she was so dismayed that she even had a dream about microbes that night. Ellen’s father also kept a collection of science fiction magazines in their attic, and she would sit up in the unfinished attic for hours reading through the science column of the magazines. One issue with an astronomy article was especially memorable because it was the first time she really appreciated how the regularity of the universe and the physical laws that govern it allow scientists to make impressively accurate predictions about what will occur in the future.

The Low Points: Failures and Challenges (24:18)
A career in science is full of small failures. Most of the things Ellen has tried to do and the ideas she has been interested in pursuing didn’t work out. She has filled her recycling bin up many times with failed science, but this is part of the job. She has learned that no question is stupid and all ideas are worth paying attention to, even if they turn out to be wrong. The ideas she comes up with in the middle of the night or on airplanes tend to be less fruitful than those that develop in her mind while out running.

A Shining Success! (25:51)
One of her previous postdoctoral fellows had studied magnetic fields inside the sun before joining her research group. He used a detailed computer program in his studies that was written long before his time. They decided to apply this computer program to a new experiment they were starting to study magnetic fields. As they began removing elements of the program that were specific to stars and updating them to work for plasma, the behavior of the computer program became stranger and stranger. After detailed review, they discovered contradictions in some of the equations in the computer program, and they managed to fix it. The postdoc was then able to bring this issue to the attention of his former lab as well as deliver a good solution.

Most Treasured Travel (28:49)
The Center for Physics in Trieste, Italy is a place where people from developing countries can go to work on physics. Ellen traveled there a few years ago for a conference, and she was impressed by the diversity in the physicists that she saw and met there. In the cafeteria, there was a wide array of spicy condiments from all over the world as well to cater to the global community that was there. Visiting Trieste for this conference was also meaningful for Ellen because her grandfather was born there, and it was the first time she visited that part of Italy.

Quirky Traditions and Funny Memories (31:38)
Scientists are multifaceted. In addition to research and the other hobbies she mentioned previously, Ellen really enjoys classical music. Many of her colleagues in astronomy and physics share this interest in classical music as well. In comparing her experiences attending conferences with other astronomers and physicists to her husband’s conferences with his fellow philosophers, they discovered that the philosophers they knew tended to be adventurous and try lots of different restaurants, while the astronomers and physicists tended to pick a place the first night and keep going back for the rest of the conference.

Advice For Us All (35:27)
Live your dream. Very few women became scientists when Ellen was going through her career path, and this is still a problem today. Don’t listen to people who tell you you can’t do something. Learn as much as you can, satisfy your curiosity, don’t expect it to be easy, but don’t accept the idea that it’s not possible because of who you are. Also, eat right, get plenty of exercise, and keep your sense of humor.

Guest Bio
Ellen has a broad research program in plasma astrophysics. She studies astrophysical phenomena and plasmas physics of the sun, stars, galaxies, and galaxy clusters. A substantial portion of Ellen’s recent research efforts have focused on cosmic rays. Cosmic rays are a type of high-energy radiation composed of atom fragments. These protons, electrons, and atomic nuclei can be detected both in space and on earth. Ellen is working to improve our understanding of cosmic rays and what they can do. When cosmic rays were first discovered, researchers weren’t sure whether they were high energy particles or high energy light. Projects in Ellen’s lab are currently examining differences in how cosmic rays and light act in the galaxy. In some ways, cosmic rays behave similar to light, and in some ways they behave very differently. For example, cosmic rays respond to the magnetic fields of a galaxy while light does not. Ellen is exploring the consequences of these similarities and differences in how cosmic rays behave. She is a founding member and former director of the Center of Magnetic Self-Organization of the National Science Foundation (NSF) and of the Department of Energy (DOE).