Listen to the Episode Below (00:56:30)
Play / pause
1x
1.5x
2x
0:00
0:00
00:56:30
volume
iTunesGoogle PlayShare Leave a ReviewClammr ItListen in a New WindowDownloadSoundCloudStitcherSubscribe on AndroidSubscribe via RSS
Sign up to receive bonus content about our guests and sneak peeks for a guest from the next week’s interviews! 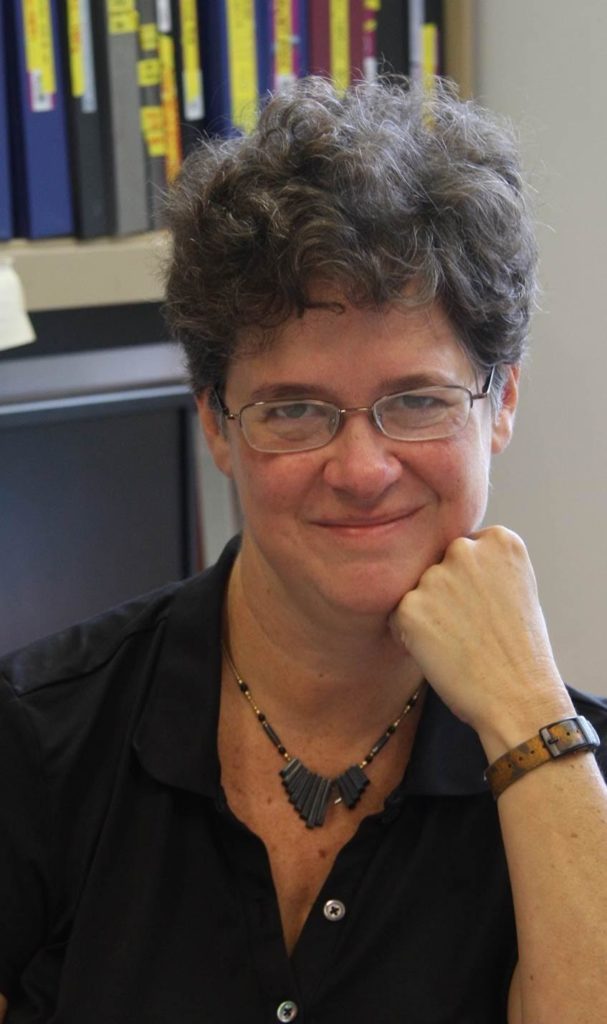 Dr. Erica Golemis is a Professor, Deputy Chief Science Officer, Co-Leader of the Molecular Therapeutics Program, and Director of the High Throughput Facility at the Fox Chase Cancer Center in Philadelphia. In addition, Erica is an adjunct faculty member at the University of Pennsylvania, Drexel University School of Medicine, and the Temple University Lewis Katz School of Medicine. She completed her undergraduate studies in biology and English at Bryn Mawr College and was awarded her PhD in biology from the Massachusetts Institute of Technology. Afterwards, Erica conducted postdoctoral research at the Massachusetts General Hospital Department of Molecular Biology and Harvard Medical School department of Genetics before joining the Fox Chase Cancer Center. In this interview, Erica speaks about her experiences in both life and science.

Life Outside of Science (2:22)
When Erica finds free time, one thing she loves to do is read. She reads broadly and has been an avid reader since her early childhood. Erica also has fun attending theatre performances. There are multiple excellent theaters in her home city of Philadelphia, and she especially enjoys shows by British playwright Tom Stoppard.

The Scientific Side (8:14)
For most of her scientific career, Erica has been conducting cancer research. Her recent work investigates why some cancers are particularly malignant. The type of cancer and whether it is diagnosed early or late can affect a patient’s outcome. Cancers discovered later are often more problematic because they have gone through changes that allow them to move to other parts of the body that may be more difficult to treat, and they are resistant to many drugs. These cancers look different and have different growth properties than early stage cancers. Erica’s research examines what genes cause cancer to change and progress, whether there are genes that can be targeted directly with different treatments to reverse this process, and if there is a therapeutic time window in which they could potentially reverse this process.

What Got You Hooked on Science? (12:56)
Erica’s parents were both engineers who worked in technology, so she was exposed at an early age to the idea that working in technology was interesting and rewarding. She attended a small, non-traditional Anglican school where many of the nuns had PhDs and were exceptional teachers. Erica always liked science, and she was fascinated by her grade school biology lessons with scientific readings, dissections, and impromptu microscopy sessions. Though she was excited about biology, Erica was also deeply interested in English and literature. When the time came, she applied to graduate programs both in English and biology. She ultimately chose her graduate program based on the city and reputation of the programs she was admitted to. Admission to the MIT PhD program in biology propelled Erica towards a career in science.

The Low Points: Failures and Challenges (30:15)
In graduate school, Erica studied how leukemia-causing viruses cause red blood cell versus white blood cell leukemia. As part of this work, she was making complex DNA constructs that would allow her to make viruses and move pieces of DNA from one virus to another. The work was finicky, and there were two or three clones she needed to create to finish her thesis work. She failed repeatedly for more than four months. Things that should have been easy just didn’t work, and setting the whole process up after each failure was extremely hard. In the protocol, there were long gaps of time where Erica had to wait for reactions to complete. During these gaps, she went to the library to learn as much as possible about retroviruses. The fruits of these library trips manifested in sheets and sheets of graph paper in which she lined up the sequences of these retrovirus genomes by hand. The end result was about fifteen feet long, and it turned out to be the most-cited work from her thesis. This guide on retrovirus sequences also helped colleagues in her field.

A Shining Success! (36:22)
Erica is excited about recent research in head and neck cancer that they have not yet published. One of her bioinformatician collaborators identified a new way of analyzing large data sets that involves integrating information on how genes are expressed, copy number, variation, DNA methylation, and other large data sets that are publicly available. They applied these new approaches to head and neck cancer and discovered a specific gene mutation that has a strong effect on the prognosis and therapeutic response of one kind of head and neck cancer. By collaborating with scientists outside of the Fox Chase Cancer Center, Erica and her team were able to confirm their findings in a large and completely independent dataset. This was really exciting because now they can begin doing mechanistic experiments to better understand this gene and examine whether it could be targeted by therapeutic treatments.

Book Recommendations (4:28)
The Last of the Wine by Mary Renault, The Moon is a Harsh Mistress by Robert Heinlein, Sewer, Gas, and Electric: The Public Works Trilogy by Matt Ruff, books by Neal Stephenson, Neuromancer by William Gibson, Technopoly by Niel Postman, Thinking in Systems by Donella Meadows, The Limits to Growth by Donella Meadows.

Most Treasured Travel ( 41:00)
Traveling to Moscow in Russia has been particularly memorable for Erica. She has been there several times now to build and strengthen collaborations between the Fox Chase Cancer Center and laboratories there that have been a source of talented graduate students and postdoctoral fellows. It was exciting to have the opportunity to go to a new city and learn about how people do science there. Elements of what Erica experienced in Moscow were both very familiar and very different from the places she has visited in the United States. They were even able to squeeze in a sightseeing trip to St. Petersburg to visit the Hermitage Museum and the beautiful Peterhof Palace. All the scientists Erica met were fantastic. They worked hard and were extremely cultured with knowledge of Russian history, literature, and poetry.

Quirky Traditions and Funny Memories (44:01)
When Erica was a postdoctoral fellow, they used to have lab outings frequently. They would play mini-golf, go hiking, and indulge in Friday beer hour together. In Erica’s lab now, they have an annual holiday lunch celebration where they go out to a restaurant, bring food in, or have a potluck. While most people celebrate the holidays and the end of the year in December or January, Erica’s lab always holds their annual celebration in February. With people from different parts of the United States, as well as lab members from China, India, and Russia, there isn’t really a time when they are all in the lab together during the normal holiday months, so they wait until everyone is back in town in February to hold their annual lunch.

Advice For Us All (51:47)
Sometimes it is easier to get forgiveness than permission. If you are sure something is going to work, sometimes you should just do it, and then show people it was a good idea. In addition, a large part of the daily work of scientists involves creativity. People shouldn’t feel put off or alienated by the technical terminology used in science because the concepts behind the vocabulary are often simple and accessible. As a scientist, you have to do a lot of reading, writing, and public speaking, but there are many more great aspects of careers in science than people may realize.

Guest Bio
In disease states such as cancer, tumors reprogram their signaling to support abnormal growth processes. Erica’s laboratory is interested in defining the changes in cell signaling that occur as tumors initiate, progress, and develop resistance to drugs, with the ultimate goal of inhibiting these processes. They hope through these studies to better define the interactions of signaling pathways in malignant versus normal cells, allowing improvements in cancer diagnosis and treatment. In specific projects, Erica’s research is split between a body of translational studies focused on the optimal use of therapeutic drugs, and more basic investigations into fundamental cell signaling mechanisms. Members of the laboratory actively collaborate with numerous clinical investigators at Fox Chase Cancer Center on topics including definition of biomarkers for cancer risk and therapeutic response, and mechanisms of resistance to targeted inhibitors of EGFR, Aurora-A, Src, and other proteins relevant to the core interests of the laboratory. Studies in the lab are increasingly incorporating analyses of underlying genetic features of tumors through use of next generation sequencing and bioinformatic interpretation.