Listen to the Episode Below (00:39:47)
Play / pause
1x
1.5x
2x
0:00
0:00
00:39:47
volume
iTunesGoogle PlayShare Leave a ReviewClammr ItListen in a New WindowDownloadSoundCloudStitcherSubscribe on AndroidSubscribe via RSS
Sign up to receive bonus content about our guests and sneak peeks for a guest from the next week’s interviews! 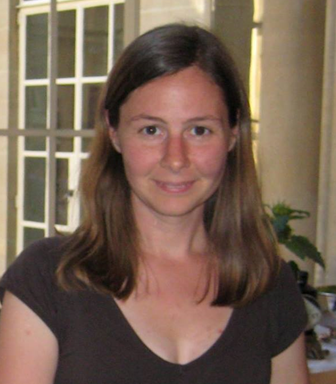 Dr. Erin Conwell is an Assistant Professor in the Department of Psychology and Coordinator for the PhD program in Visual and Cognitive Neuroscience at North Dakota State University. She received her undergraduate degree in Brain and Cognitive Sciences from MIT and her PhD in Cognitive and Linguistic Science from Brown University. Her dissertation research received the Peter W. Jusczyk Award. Afterward, Erin conducted postdoctoral research in the Department of Psychology at Harvard University. Erin is with us today to tell us about some of her experiences in life and science.

Life Outside of Science (1:54)
Erin spends her free time hanging out with her husband and 7-year-old daughter. As a researcher of childhood development, she has often found herself closely observing and celebrating the milestones of her own daughter’s development. In addition, Erin is an avid reader who typically makes it through 80-100 books per year. Her other hobbies include knitting and curling.

The Scientific Side (4:40)
Erin studies how children aged 6 and younger learn about the structure of their native language. She is conducting studies to determine how they understand what we say to them and how they produce words, sentences, and phrases that are understandable to us. She also examines how children’s understanding and representation of language changes over the course of their first 6 years of life.

A Dose of Motivation (6:08)
“If you’re going through Hell, keep going.” – Winston Churchill

What Got You Hooked on Science? (9:28)
Initially Erin was enamored with mathematics. Entering college, she planned to become a mathematician, but when Erin learned more about the day-to-day job tasks of a mathematician, she realized this wasn’t really what she wanted to do. Erin took a cognitive science course as an elective, and she had a eureka moment when she realized that this was something you could have a career studying. She particularly enjoyed the volunteer work she did with children with developmental delays and became fascinated with early development.

The Low Points: Failures and Challenges (22:44)
For Erin, the most difficult time for her was after her daughter was born. Becoming a parent was a big life transition, and her daughter was born early and had some medical problems. It was challenging to try to dedicate enough attention, time, and energy to work with so much going on at home. Fortunately, Erin had a wonderful support network with colleagues, family, and friends who all helped her through this tough time.

A Shining Success! (25:17)
Recently, Erin attended a small workshop that was a little outside of her normal research area. She was a little nervous about how it would go, but it was a great experience. Her presentation went well, she learned a lot, and she met some great people who she is collaborating with now on exciting new projects related to how children understand homophones.

Book Recommendations (3:36)
The Warmth of Other Suns: The Epic Story of America’s Great Migration by Isabel Wilkerson and The Disappearing Spoon: And Other True Tales of Madness, Love, and the History of the World from the Periodic Table of the Elements by Sam Kean

Most Treasured Travel (27:29)
One of Erin’s favorite scientific travel memories happened during a trip to Nashville. She was attending one of the large annual conferences in her field, and it happened to overlap with her birthday that year. She went out with a group of colleagues to enjoy some fantastic live music, and one of them tipped the band and requested they play “Happy Birthday”. No one could have anticipated the amazing 7 minute long “Happy Birthday” ballad that the band produced, but it was an awesome and memorable experience.

Quirky Traditions and Funny Memories (30:23)
A number of senior faculty members are known for their overflowing shelves and cluttered offices, but Erin’s PhD advisor was on the more extreme end of the spectrum. It became an annual tradition in the lab to spend an afternoon cleaning up their boss’s office for his birthday. Even though they did this every year, it was always a huge undertaking. They always managed to find random stuff like stacks of scientific papers from the 1980s that had somehow escaped their attention in previous years.

Advice For Us All (35:08)
If you have 100 ideas, 90 of them won’t be good, and 1 will have already been done. It’s okay to have bad ideas, and you can explore them before rejecting them. Also, be good to the people around you, and surround yourself with people who are good to you. Having a solid support network is important to keep you going.

Guest Bio
Erin’s research focuses on how environmental factors, such as frequency of use in a particular grammatical structure, affect children’s learning of their first language(s). Erin is also interested in understanding how sensitivity to grammatical structure cues changes during development. She uses a range of techniques with both adults and pre-school aged children to assess the availability and efficacy of these cues during language learning and processing. When she is not in the lab, Erin enjoys such traditional North Dakota pastimes as curling, cross-country skiing, and snow shoveling.