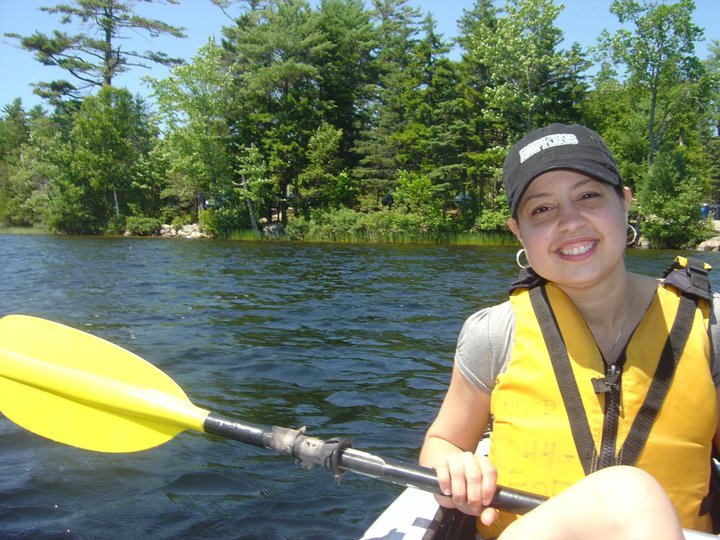 Dr. Ileana Soto is an Assistant Professor in the Department of Molecular and Cellular Biosciences at Rowan University. She received her BS in general sciences and her PhD in biology from the University of Puerto Rico. Afterwards, she conducted postdoctoral research at Johns Hopkins University and The Jackson Laboratory before joining the faculty at Rowan University. Ileana was recently recognized for her work with the receipt of a National Science Foundation CAREER Award. In our interview, Ileana shares more about her life and research.

Life Outside of Science (2:19)
When Ileana isn’t doing research or teaching, she enjoys going out to dinner and spending quality time with friends and family. Ileana also always looks forward to road trips with her family where they can visit new places, explore nature, hike, ride bikes, and recharge.

The Scientific Side (3:54)
In her lab, Ileana is studying how disruption of brain development leads to neurological and neurodevelopmental disorders. Her goal is to identify defects at the cellular level before signs and symptoms of the disease can be detected. These defects may be promising targets for early treatment and prevention. Much of Ileana’s work focuses on Niemann-Pick disease type C. This is a rare neurodegenerative disease that causes dementia in children.

A Dose of Motivation (7:40)
“Don’t get discouraged by how little you have.”

What Got You Hooked on Science? (13:46)
Since she was a kid, Ileana was curious and interested in science. She was born with a congenital heart condition that required her to go in for open heart surgery when she was six years old. As a result, Ileana was exposed to doctors and hospitals, and she began to relate science with medicine. Ileana didn’t realize that being a scientist was a career option, so she planned to pursue medical school to become a doctor. During her third year of college, a friend encouraged Ileana to interview for a part time research position so they could work in the lab together. At first, Ileana said no, but her friend was persistent. Finally, Ileana agreed to go to the interview, but she was still not sure she wanted the job. During the interview, the principal investigator of the lab treated Ileana like she had already accepted the position, so Ileana felt like she couldn’t turn it down. Working in the lab was an amazing experience, and Ileana had a chance to do research and see what a career in science could be like. In the end, her friend decided to go to medical school, but Ileana fell in love with science and changed her career path.

The Low Points: Failures and Challenges (22:01)
As a postdoc, Ileana worked in a big lab on a project that involved a particular mouse model. It took ten months for the disease of interest to develop in the mice, and many mice were needed for the experiments. On top of the time-intensive work, the projects she planned weren’t working out. Fortunately, Ileana was able to contribute to some of the successful projects that others in the lab were working on, but she wasn’t producing papers as a first author. Ileana wasn’t sure what to do. She didn’t want to extend her time in the lab and start a completely new project, but she also knew she wouldn’t be competitive for a faculty position without first author papers. Ileana applied for many different industry jobs, faculty jobs, and visiting teaching positions, but she didn’t get any job offers. At the same time, one of her colleagues from the lab accepted a position at The Jackson Laboratory in Bar Harbor, Maine. Ileana congratulated him on this exciting opportunity to start his own lab, and he asked how her job search was going. When Ileana told him she didn’t have anything lined up yet, he offered her a one year position to help her get his lab started, train new people, and get teaching experience. Ileana happily accepted. While there, the projects started going really well, they got more funding, and Ileana was able to stay longer to do what she needed to do to become competitive for a faculty position. She had thought her scientific career was over, but Ileana was able to turn everything around in just a few years.

A Shining Success! (28:08)
Ileana was so excited when she got a grant from the National Institutes of Health to support research projects with the undergraduate students in her lab. At the same time, she learned about the National Science Foundation (NSF) CAREER Award. This award sounded like a great opportunity because it was a five year award that also emphasized education. However, almost all of Ileana’s research was focused on answering biomedical science questions, and everyone she spoke with told her that these types of projects wouldn’t be a good fit for NSF funding. Ileana worked very hard on her proposal, and she proposed a project that really emphasized investigating basic biological questions and mechanisms related to her biomedical work. She suspected her proposal wouldn’t be accepted, but she knew she had to apply soon before she was no longer eligible for this early career award. To her surprise, Ileana’s proposal was funded on the first submission, and having this support has been critical for keeping her lab going during the global pandemic.

Book Recommendations (31:20)
Facing Your Giants: God Still Does the Impossible by Max Lucado

Most Treasured Travel (34:51)
Making the decision to move to Bar Harbor, Maine to work as a postdoc with Gareth Howell at The Jackson Laboratory was difficult. Ileana grew up in Puerto Rico where it was warm year round, and she was dreading the isolation and cold winters up north. Though the winters were tough, the summers in Bar Harbor were amazing. It is a beautiful place, and Ileana fell in love with hiking in Acadia National Park. This experience ended up being a great opportunity to see a new place and meet new people, and it helped prepare her for the next big step of her career.

Quirky Traditions and Funny Memories (37:21)
For Ileana, the lab is like a family. When working in Gareth Howell’s lab, they often sang out loud and danced to music in the lab. The Howell lab also made it a tradition to participate in an annual fundraiser to support the Alzheimer’s Association. This involved biking, hiking, and other activities, and they ended the day hanging out on the patio at Gareth’s house. One year, they put together an elaborately choreographed dance to Katy Perry’s “Firework” song, and it was fun to get everyone dancing together.

Advice For Us All (40:56)
Science is an international endeavor, but much of science is conducted in English. It can be frustrating if English isn’t your first language because you may feel like you sound unintelligent if you can’t express yourself well or easily communicate your science in English. Don’t worry about this. The work you do in the lab is most important, not whether you can speak a particular language perfectly. Ileana went from not being able to speak English at all to teaching in English in an American Institution, so it is possible to overcome communication barriers. Remember that you can triumph over your limitations, lack of resources, and other obstacles you encounter. Success is not easy, you have to work hard, and you will fail. Learn from your failures, do better next time, and be grateful for what you have.

Guest Bio
Ileana’s research is mainly focused on finding and understanding altered cellular and molecular mechanisms during neurodevelopment that precede and lead to neurodevelopmental or neurological disorders. Recent work in her laboratory using a mouse model for the Niemann-Pick Type C disease (NPC), a genetic childhood dementia, suggests that developmental defects in glial cells, neuronal structure, and synaptogenesis are prominent but apparently neurologically asymptomatic hallmarks in the cerebellum of NPC mice. Her laboratory is currently investigating potential behavioral deficits that are associated with these developmental defects as well as alterations of metabolic pathways in developmental neurons. Outside of work, Ileana loves the outdoors, especially every summer when she visits Bar Harbor Maine, a place that used to be home and where she can enjoy the beauty of the Acadia National Park and the company of great friends and former colleagues.