Listen to the Episode Below (00:41:47)
Play / pause
1x
1.5x
2x
0:00
0:00
00:41:47
volume
iTunesGoogle PlayShare Leave a ReviewClammr ItListen in a New WindowDownloadSoundCloudStitcherSubscribe on AndroidSubscribe via RSS
Sign up to receive bonus content about our guests and sneak peeks for a guest from the next week’s interviews! 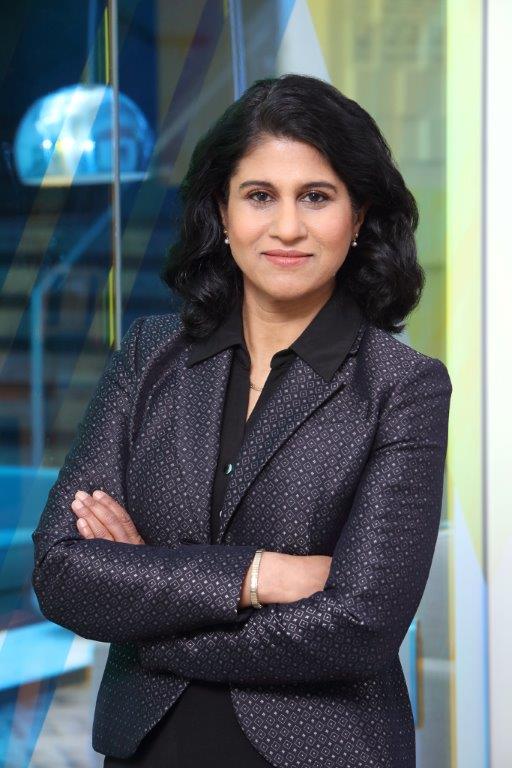 Dr. Jayshree Seth is a Corporate Scientist and Chief Science Advocate at 3M. Jayshree received her Bachelor’s degree in Chemical Engineering from the National Institute of Technology, Trichy in India. She then attended Clarkson University in New York where she earned her MS and PhD in Chemical Engineering. Jayshree has worked at 3M now for over 25 years, and she holds 65 patents for a wide variety of innovations. In our interview, Jayshree shares more about her life, science, and the 3M State of Science Index.

Life Outside of Science (2:08)
In addition to science, Jayshree enjoys a variety of creative pursuits such as writing poetry, writing articles, and cooking a wide array of foods.

The Scientific Side (3:15)
Jayshree is developing and studying adhesives and tapes for use in industrial environments. Her goal is to create stronger, more versatile, and more sustainable products.

What Got You Hooked on Science? (6:19)
Growing up, Jayshree didn’t necessarily see herself as a future scientist or engineer, despite the fact that her father was an academic professor. She also lived in a university town that was home to a premier engineering school. However, Jayshree’s parents and the parents of her peers had great aspirations that their children would pursue careers in science and engineering. After Jayshree’s older brother was admitted to the nearby engineering school, they were pretty sure Jayshree would follow the same path. Unfortunately, when she applied, she didn’t get in. Jayshree’s parents were extremely disappointed, but they were committed to ensuring she received a good education. Jayshree ended up attending a different school across the country in Southern India. The language, culture, food, and people were different from what she was used to at home, but this was a really impactful experience. As Jayshree was nearing the end of her engineering degree, she realized that most of her peers were applying to graduate school, so she applied as well. Jayshree limited herself to applying to schools where the application fee was $10 or less. This narrowed her list down to just one school, and she was accepted. While in graduate school, she completed a summer internship at 3M. It was her first exposure to working, and the environment there was amazing. Jayshree was happy to accept a full time position upon graduation, and she has been at 3M ever since.

The Low Points: Failures and Challenges (19:16)
For many of Jayshree’s projects, the process is to start working in the lab, then move to pilot production, and then they perform the first run in the factory. Being on the factory floor is so exciting. Typically she has everything planned out, and then nothing goes as planned. Sometimes, there are only minor issues, but in other situations, it has taken hours to fix the problems they encounter in the factory. There have been days when Jayshree has begun to wonder if they are even going to make it into production, but then at 3am, suddenly everything comes together and starts working. Persistence is so important in this process.

A Shining Success! (22:38)
One of the more recent successes that was really meaningful was when Jayshree’s team was able to completely eliminate the use of solvents in making their packaging tape. This meant that the whole production plant could be completely solvent-free. They won an internal award for this achievement, and it was so wonderful to be advancing the company’s sustainability goals. It wasn’t the most challenging technical project they have completed, but helping to minimize their environmental footprint was very rewarding.

Most Treasured Travel (26:57)
A particularly memorable travel experience for Jayshree occurred in Turkey. She went to give a presentation about her career, and this was her first experience speaking to a really large crowd. There were over 500 people of the audience, including the CEO of her company. Turkey was also a remarkable place with great people. The Bosphorus Bridge was beautiful, the ocean was picturesque, and she was able to enjoy a boat cruise along the river. While there, she also visited an phenomenal art museum. You could see several mosques out the windows in the distance, and it was breathtaking to witness the moment when all of the prayers began to rise up from the different mosques.

Quirky Traditions and Funny Memories (29:59)
Jayshree and her colleagues are excited to be launching a video series called “Beyond the Beaker” that will show what 3M scientists and engineers are like outside the lab. Highlighting the diversity and interests of people who are contributing to their company is an important initiative at 3M. When Jayshree was in graduate school, her fellow lab members were from a wide variety of countries. They would work hard in the lab during the day, go home, eat dinner, and then come back to work more in the lab. Everyone liked to play music from their home countries, and they would all keep inching up the volume to try to drown out each other’s music. These nightly music wars were a fun way to bond with lab members.

Advice For Us All (38:58)
Make the best decision for you for right now. Don’t worry too much about the future. Also, don’t select yourself out of STEM careers or science professions. Jayshree never thought she was the engineering type, and she initially wasn’t very good at it. However, she has found an exciting and fulfilling career in science. Go for it, do as much as you can, try different things, and you never know where life will lead you.

Guest Bio
Jayshree’s research is mainly focused on identifying new growth opportunities, new technology development, and commercialization for sustainable Industrial Products within various markets. One of her current focus areas is development of adhesives and tapes for a multitude of applications. In her role as Chief Science Advocate, she leads conversations with various audiences around the world on the importance and benefits of science in everyday life. She aims to make science more accessible and foster a new generation of science advocates. Outside of work, Jayshree enjoys creative pursuits, such as writing and cooking. She also enjoys spending time with her family and convincing her children to pursue science. Jayshree is based in St. Paul, Minnesota, the location of 3M’s Headquarters.