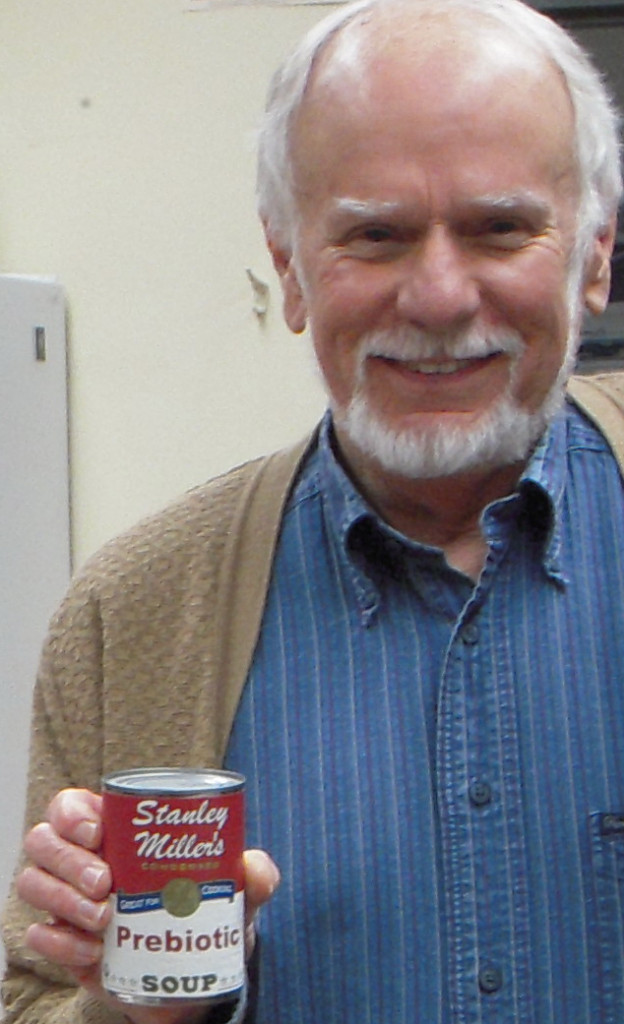 Dr. Jeffrey Bada is a Distinguised Research Professor of Marine Chemistry and Distinguished Profesor of Marine Chemistry Emeritus at the Scripps Institution of Oceanography at the University of California, San Diego. He received his PhD in Chemistry  from UCSD and worked for a brief time as a Research Fellow at the Hoffman Labs at Harvard University. He then joined the faculty at UCSD and has risen through the ranks there. Jeffrey has also served as the Director of the NASA Specialized Center of Research and Training in Exobiology. He was an Alfred P. Sloan Research Fellow and is a Fellow of the International Society for the Study of the Origin of Life. His research has been widely featured in the media, including The New York Times, Scientific American, The Naked Scientists, The LA Times, and many more. Jeff is here with us today to tell us all about his journey through life and science.

Life Outside of Science
Jeff is an outdoors enthusiast. When he’s not at work, he likes to go for walks with his dog or escape to the woods of Northern Wisconsin where he can go fishing and enjoy the beautiful scenery.

The Scientific Side
Research in Jeff’s lab focuses on the chemistry of amino acids, which are the building blocks of proteins. These compounds are found in a wide variety of things from animals to meteorites. He is interested using amino acid chemistry to determine the age of organisms, as well as learning how extraterrestrial amino acids were made.

What Got You Hooked on Science?
When Jeff was young, he and his dad would go searching for radioactive rocks in the desert with their hand-made Geiger counters. He also assembled short wave radios and used them to tune in to all the channels he could find in the evenings. Jeff later got into building and launching rockets, and despite a few mishaps, his family, friends, and neighbors were very supportive of his early scientific ventures.

The Low Points: Failures and Challenges
Recently, Jeff’s lab has been working on a set of experiments to synthesize peptides. They saw that peptides were being synthesized when they ran the experiment in the required basic solution, but all their laboratory studies of the reagent (cyanomide) made it clear that peptides only formed in an acidic solution. They struggled to make sense of their findings, and Jeff refused to publish the results until they could explain the discrepancy.

A Shining Success!
After toiling away on the above mystery for some time, Jeff came across a possible explanation that involved intermediate steps of the reaction. The lab eagerly tested this hypothesis, and it was right! They were finally able to publish their work, and the paper received glowing reviews, was given kudos by the editor, and was even promoted by the journal.

Most Treasured Travel
Jeff had the phenomenal opportunity to visit the Olduvai Gorge in Tanzania in 1973 to work on dating fossils. On this trip he had several exciting encounters with large animals that seemed to be everywhere. On one of the fossil collecting trips, he looked up and saw two rhinos coming towards him. Heart racing, he jumped in his land rover and the pair continued to charge him as he drove away.

Quirky Traditions and Funny Memories
Even the most distinguished scientists have a lighter side, and Jeff shares an example of two such scientists who played a trick on his previous mentor Stanley Miller. Stanley had worked very hard to set up a new experiment, and after painstaking preparations and a late-night observation period, Stanley left the lab to let science run its course. When he returned in the morning, he was thrilled to see the reaction produced a brownish goo. Stanley excitedly shared this with his colleagues, and they had to finally admit that they had tampered with his experiment overnight.

Advice For Us All
Don’t think all of your ideas are going to work out because most ideas don’t work out. The challenge is to be able to spot the ones that are promising.

Guest Bio
Jeff obtained his PhD in Chemistry at UCSD in 1968 where Stanley Miller supervised his thesis research. Professor Bada’s research deals with the chemistry of amino acids: changes in amino acids during the life-time of living mammals: the synthesis and stability of organic compounds on the early Earth and other solar system bodies; and the detection of organic compounds in extraterrestrial samples by both in situ instrument-based analyses directly on the planetary body and from the study of meteorites.  He was Director of the NASA Specialized Research Center for Research, Outreach and Training in Exobiology at UCSD. Jeff is currently affiliated with the Center for Chemical Evolution at the Georgia Institute of Technology, which is jointly supported by the National Science Foundation and the National Aeronautics and Space Administration Astrobiology Program. Jeff is an accomplished author and has published over 230 papers and is the author (with Christopher Wills) of The Spark Of Life: Darwin And The Primeval Soup.