Listen to the Episode Below (00:34:57)
Play / pause
1x
1.5x
2x
0:00
0:00
00:34:57
volume
iTunesGoogle PlayShare Leave a ReviewClammr ItListen in a New WindowDownloadSoundCloudStitcherSubscribe on AndroidSubscribe via RSS
Sign up to receive bonus content about our guests and sneak peeks for a guest from the next week’s interviews! 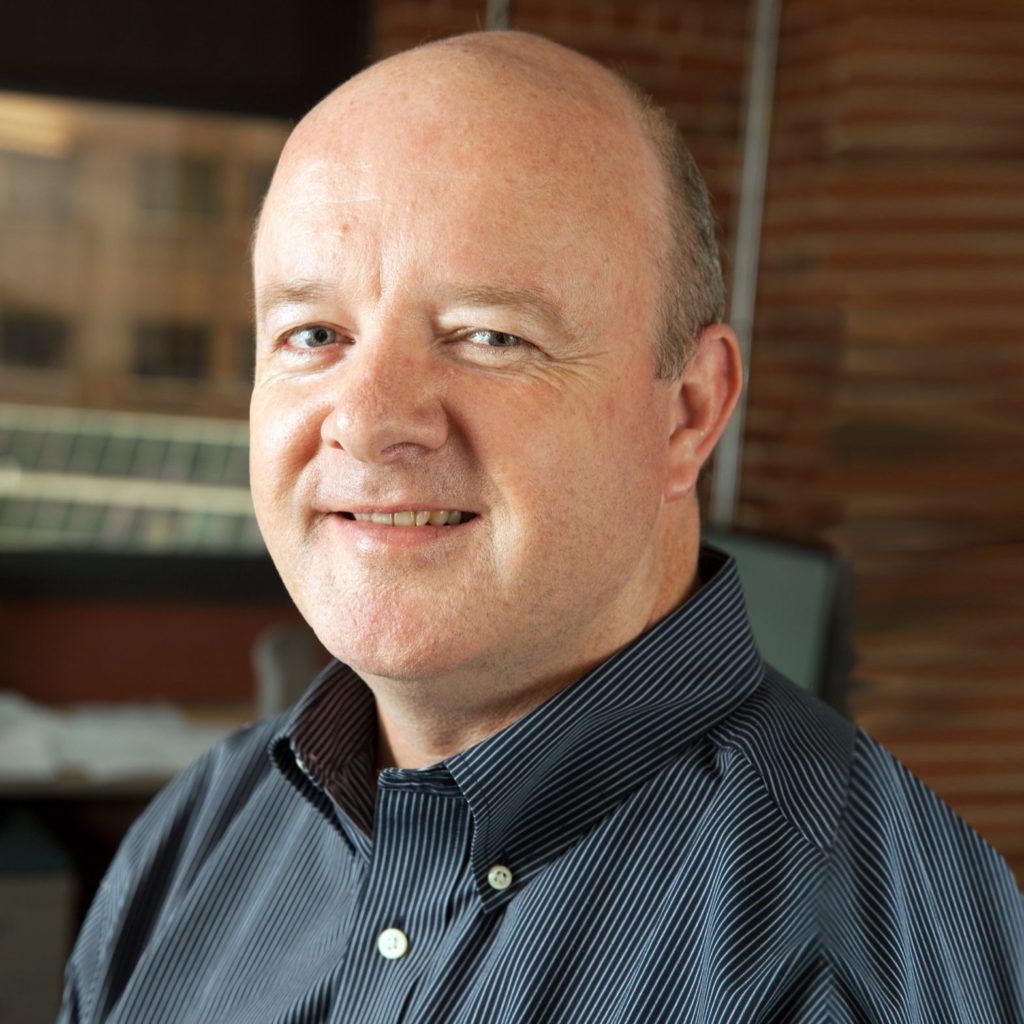 Dr. Jim Doherty is Chief Research Officer at Sage Therapeutics, a clinical-stage biopharmaceutical company committed to developing and commercializing novel medicines to treat life-altering central nervous system disorders. Jim received his B.A. in biology from the University of Delaware and his Ph.D. in neuroscience from Georgetown University. Next, he conducted postdoctoral research at Emory University Medical School and subsequently served on the faculty at Emory for about two years. Prior to joining the team at Sage in 2014, Jim worked for about eleven years at AstraZeneca Pharmaceuticals. In our interview Jim shares more about his life and science.

Life Outside of Science (2:16)
Outside of science, Jim enjoys traveling, seeing cool new sites, and exploring the history of different places with his wife and two kids. He also enjoys participating in a variety of team sports like golf, softball, and ultimate frisbee leagues.

The Scientific Side (3:25)
At Sage Therapeutics, Jim and his colleagues are focused on developing new treatments for different brain disorders including psychiatric, neurodegenerative, and movement disorders.

What Got You Hooked on Science? (6:37)
In his childhood, Jim tended to gravitate towards the sciences. One of his high school biology teachers taught the class about the brain, and Jim became fascinated by how the brain worked and all of the things it could do. During college, Jim enrolled in upper level undergraduate and graduate biology courses, including a class that covered different areas of neuroscience. He also had an opportunity to get involved in a neuroscience research lab doing hands-on research experiments. Jim really liked working in the lab, and he was interested not just in trying to better understand the brain, but also better treating brain disorders. This interest guided him to a position in the pharmaceutical division of DuPont after graduation. There, he worked for about a year as a lab technician on projects related to drug discovery and development. This was a great experience for Jim, and it gave him an idea of what daily life as a scientist would be like. He decided to enroll in graduate school to prepare himself to take on more advanced roles in pharmaceutical development for neurological diseases.

The Low Points: Failures and Challenges (19:49)
A challenge in drug development is that the team wants to move as quickly as possible to get promising drugs into the hands of patients, but it is inherently a long process. Jim led a program to develop a new drug for treating schizophrenia. They spent 4-5 years identifying a particular drug to be tested and conducting the early studies to ensure the drug was safe. The team was really excited about their compound, there was a lot of good evidence that this might be a great new treatment for schizophrenia, and it was time to start clinical trials in humans. After investing another 1-2 years on the early clinical trials, they discovered the drug just didn’t work. A lot of people dedicated 6 years studying and developing this particular drug, and it didn’t ultimately produce a viable therapeutic treatment. It was a tough time, but Jim learned many valuable things over the course of the process that have helped him in subsequent projects.

A Shining Success! (22:53)
Jim and his team are working on a few related compounds as novel treatments for depression. These therapeutics are based on a naturally-occurring molecule in the brain. They noticed that the concentration of the molecule increases in pregnant women and then decreases dramatically after women give birth. The team hypothesized that reduced levels of this molecule may contribute to postpartum depression. With the failure of the previous schizophrenia drug lingering in the back of his mind, Jim was nervous to see the results of the first placebo-controlled clinical trial with this new potential postpartum depression therapeutic. However, the results were fantastic! It was so exciting to see rapid, large-magnitude effects in that first clinical trial that were sustained long after the drug was administered. The sense that this might be something they could deliver to help people in need was really rewarding.

Book Recommendations (24:55)
Game of Thrones series by George R. R. Martin, The Great Bridge: The Epic Story of the Building of the Brooklyn Bridge by David McCullough

Most Treasured Travel (27:17)
For multiple years in a row, Jim was able to attend a scientific meeting held in the town of Taormina on the coast of Sicily in Italy. This was a wonderful meeting that brought together top scientists in his field with companies who were interested in developing new medicines in this area. The location was also amazing. Taormina is built into the mountainside overlooking the Mediterranean Sea, and it has breathtaking views of Mount Etna in the distance. Jim and his colleagues enjoyed a classical music concert under the stars in a Roman amphitheater and also an evening party on one of the gorgeous beaches nearby.

Quirky Traditions and Funny Memories (29:27)
Sage Therapeutics is located in the heart of Cambridge, Massachusetts, and there are many fun activities and attractions in the area. They have company passes for kayaks, so groups of people from the company go kayaking in the bay together in the summertime. They also plan fun company curling and bocce ball tournaments.

Advice For Us All (32:15)
Follow your passions. Have a plan on where you want to go, but feel free to change your plan along the way. Be open to following what you really like, and new pathways will appear. It is also a fantastic time to be working in medicine. There have been so many amazing advances, and this is just the beginning of a new age in which exciting new treatments will be discovered.

Guest Bio
Jim leads the Sage research team that has pioneered more decisive methods for making development decisions for therapeutics. He joined Sage in 2012 with more than 14 years of experience in neuroscience drug discovery and development. He most recently served as Director and Head of Neuroscience for the CNS and pain innovative medicine unit of AstraZeneca Pharmaceuticals in Sodertalje, Sweden, where he was responsible for leading preclinical research in neurology and pain control. Previously, Jim was Director and Head of the Neuroscience Department at AstraZeneca Pharmaceuticals in Wilmington, Del., where he led preclinical research in psychiatry and cognition. He has experience with discovery, translational science and early development in several areas of neuroscience research, including psychiatry, neurology, cognition, epilepsy and analgesia. Jim’s teams have delivered multiple candidate compounds into clinical development. He has authored more than 30 peer-reviewed research and review articles.