Listen to the Episode Below (00:39:40)
Play / pause
1x
1.5x
2x
0:00
0:00
00:39:40
volume
iTunesGoogle PlayShare Leave a ReviewClammr ItListen in a New WindowDownloadSoundCloudStitcherSubscribe on AndroidSubscribe via RSS
Sign up to receive bonus content about our guests and sneak peeks for a guest from the next week’s interviews! 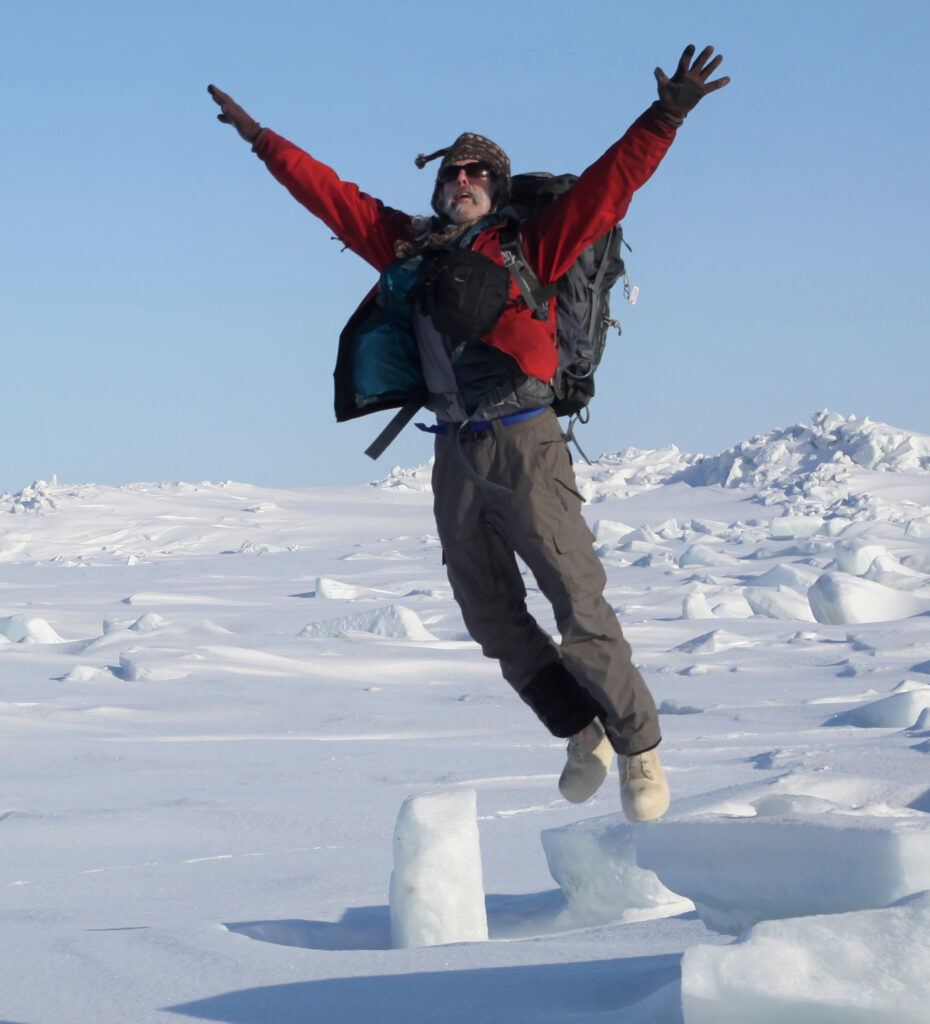 Dr. Joel Berger is the Barbara Cox Anthony University Chair of Wildlife Conservation at Colorado State University. He is also a longtime Senior Scientist with the Wildlife Conservation Society, and the author of multiple books, including most recently Extreme Conservation: Life at the Edges of the World. Joel earned his bachelor’s and master’s degrees in biology from California State University, Northridge, and his Ph.D. in biology from the University of Colorado Boulder. He was awarded a Smithsonian Postdoctoral Fellowship to conduct research at the National Zoo’s Conservation & Research Center, and he was subsequently awarded a Guggenheim Fellowship which supported his research for four years. Before joining CSU, he held the position of John J. Craighead Chair of Wildlife Conservation at the University of Montana. Joel has received numerous awards and honors over the course of his career, including the Aldo Leopold Conservation Award for Lifetime Achievement from the American Society of Mammalogists, the Life-time Achievement Award from the Institute for Parks at Clemson University, the Society of Conservation Biology’s LaRue III Life-time Achievement Award, and the Conservation Biology Award from the Denver Zoological Society. He is also an elected Fellow of the American Association for the Advancement of Sciences, and he is a three-time finalist for the prestigious Indianapolis Prize in Conservation, one of the field’s greatest honors. In this Interview, Joel shares more about his life and science.

Life Outside of Science (3:13)
When he’s not working, Joel enjoys hiking, watching animals, traveling to remote places, and drinking good coffee. He is also a fan of bodysurfing, but he doesn’t get to do this often living in Colorado.

The Scientific Side (4:21)
Joel is dedicated to saving animals that are off the radar of most people, such as the Takin in Bhutan or the Huemul in Patagonia. These animals live in faraway places, and there are relatively few people advocating for their preservation.

A Dose of Motivation (5:32)
In his research and conservation efforts, Joel is motivated by answering the question, “Why should we care?”

What Got You Hooked on Science? (8:33)
Growing up in Los Angeles, Joel frequented the beach when it was warm and rode his motorcycle out to the desert when it got colder in the winter. His experiences riding and hiking through the desert left a lasting impression. It was amazing to see animals in their natural habitat, but it was also disheartening to see firsthand the impacts that humans were having on these animals. Knowing about Joel’s love of watching animals, his grandfather suggested that he should try to find a job where he could get paid to do this. It seemed like an outlandish idea at the time, but it lit a spark for Joel, and he decided to pursue ecology and conservation in college, graduate school, and his postdoctoral fellowship at the Smithsonian afterwards. His first international conservation research project examined rhinoceros in Africa and the impacts of a recent dehorning program to try to reduce poaching. It was a difficult field project, but an amazing start to Joel’s career studying and conserving wildlife all over the world.

The Low Points: Failures and Challenges (16:00)
A few years ago, Joel was working on a project that involved collecting data in the field in the Russian Arctic. International relations between the U.S. and Russia were tense even at that time. Their study site was an Arctic island about 60 miles north of Siberia on the northeast edge of Russia. However, they had to fly through Moscow and then to a small town called Pevek. Joel was the only American on the plan, and as soon as they landed, he was escorted off the plane by Russian security forces. Joel was arrested and held until a judge could fly in from another town to hear his case. While he was eventually released, this was a big setback in terms of the timeline of the project. Joel had sponsorship from a scientist in Russia, and they were eventually able to get him to the island to gather data. The project focused on how muskox interact with polar bears now that climate change is bringing more polar bears to land. They were able to get some data during this trip, and Joel was supposed to return two years later to collect follow-up data. However, his request to return to Russia was denied because he had been arrested upon arrival on his initial trip. This meant Joel wasn’t ultimately able to collect the follow-up data for the project.

A Shining Success! (19:07)
Joel considers his work mentoring every student in his lab a success, and these students go on to work in a variety of different kinds of positions for non-government organizations, the state and federal government, and academic institutions. In addition, Joel has had exciting successes in his work promoting science and conservation. A particularly meaningful success was his contribution to the establishment of the only federally designated migration corridor in the U.S. By working with the federal government, state government, and other agencies and stakeholders, they were able to successfully establish a 40-mile long, one-mile wide corridor that allows free passage of migrating animals without fencing, fracking, gas, or other development. This corridor is critical for pronghorn that migrate south from Grand Teton National Park each year. After the corridor was created, the state of Wyoming invested more than $10 million to create an overpass to further facilitate animal migration. This was a big and meaningful win for Joel and his colleagues.

Book Recommendations (24:11)
In the Kingdom of Gorillas: The Quest to Save Rwanda’s Mountain Gorillas by Bill Weber and Amy Vedder, Spillover: Animal Infections and the Next Human Pandemic by David Quammen, Extreme Conservation: Life at the Edges of the World by Joel Berger

Most Treasured Travel (29:01)
One of the most remarkable places Joel has ever visited is the Namib Desert. It has extremely low amounts of rainfall, but yet there are species like ostriches, elephants, lions, and zebras. These animals have lived in low densities in the desert there for thousands of years. Joel spent time in the Namib Desert as part of his research on rhinos, and working in the field in this hot and dry environment was challenging. He was accompanied on the trip by his wife and their young daughter, and Joel and his wife took turns collecting data in the field and taking care of Sonia. The rhinos were tough to find, and they had to hike across large areas in the heat with little water, but there were some amazing opportunities to see wildlife on their excursions.

Quirky Traditions and Funny Memories (32:13)
When most people think of scientists, they envision crisp white lab coats and shiny lab benches. Joel’s experiences in science have definitely been different! The closest thing he has had to a white lab coat was a white sniper suit given to him by his Russian colleagues to wear when they were working on Wrangel Island in the Russian Arctic. The suit was supposed to help Joel blend in with the snow to make it easier to observe animals without them seeing him. Joel has also dressed up as a polar bear and as a caribou for his research.

Advice For Us All (37:26)
Be curious, read, explore, and follow your heart. Don’t be afraid to make your own path.

Guest Bio
Joel’s fascination with biodiversity began in Los Angeles where he grew up. He traded body surfing for desert and mountain explorations and melded that pursuit into serious science. However, he soon realized that if we did not do more than just science we would lose species and important biological interactions. Joel’s research and conservation efforts have been concentrated on animals larger than a bread box – both iconic endangered species and lesser-known species around the world. Among these have been black rhinos and wild yaks, Patagonia’s huemul, and saiga in Mongolia’s Gobi Desert. Although he has targeted extreme environments, Joel seeks to answer broad questions about climate and environmental change, migration, and connectivity, and, most recently, how our burgeoning passion for play and our travel footprints affect species at a local scale. He knows the important issue is how to engage science at levels that not only inform, but also improve visibility and result in change.