Listen to the Episode Below (00:40:13)
Play / pause
1x
1.5x
2x
0:00
0:00
00:40:13
volume
iTunesGoogle PlayShare Leave a ReviewClammr ItListen in a New WindowDownloadSoundCloudStitcherSubscribe on AndroidSubscribe via RSS
Sign up to receive bonus content about our guests and sneak peeks for a guest from the next week’s interviews! 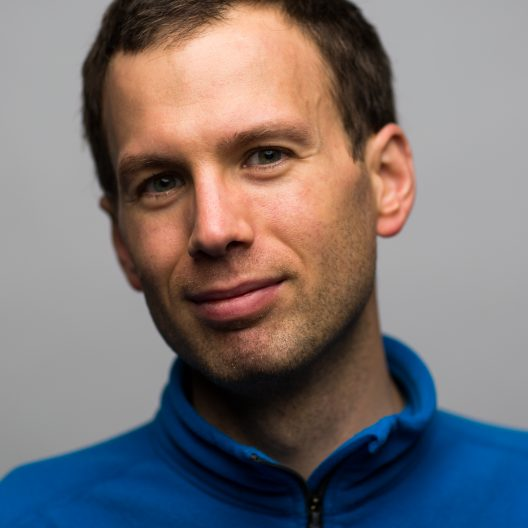 Life Outside of Science (2:18)
When he’s not working, Jon enjoys being outdoors, hiking, climbing, mountaineering, traveling, and spending time with his wife and daughter. They recently bought a house in Seattle, and Jon has been dedicating a lot of time lately to renovating their new home.

The Scientific Side (4:21)
Jon conducts research on planetary surfaces, such as Earth, Mars, and the icy moons of Jupiter and Saturn, to identify and better understand sources and potential sources of water. This work has important implications for future exploration endeavors and the search for possible life. In addition, Jon studies how the environmental conditions on Earth and other planetary systems may have contributed to the origins of life.

A Dose of Motivation (6:27)
During some of Jon’s climbing and mountaineering adventures, he has been confronted with difficult and discouraging situations. These have ranged from challenging technical routes, poor weather conditions, and getting stuck out in the wilderness. Knowing that he has been able to overcome a myriad of challenges to tackle seemingly impossible tasks has motivated and inspired him in his life as well as his work.

What Got You Hooked on Science? (10:02)
As early as kindergarten, Jon was already proclaiming that he wanted to be a scientist. He didn’t have other scientists in his family, but he was captivated by the work of historical scientists like Albert Einstein. In high school, Jon became particularly interested in the theory of relativity and number theory. He also benefited from an excellent physics class in high school. However, during college, Jon didn’t connect with any scientific mentors, and as a result, he struggled to feel engaged with his coursework and apply himself to his studies. His ability to perform well on tests helped him make it through undergraduate and be competitive in graduate school applications. At the time, Jon wasn’t sure if graduate school was the right path for him, but he chose to apply to the University of Washington because he was drawn to the beautiful mountains there. Unfortunately, during his senior year of college, Jon sustained serious injuries after falling 40 feet while rock climbing. Shortly after the accident, Jon’s prospective graduate school advisor invited him to join him on a geoscience expedition to Antarctica. Jon had to say yes. This experience would be his first foray in scientific research and his first real exposure to the field of geoscience.

The Low Points: Failures and Challenges (19:56)
One line of research in Jon’s lab examines the origins of life. Different research groups have identified chemical reactions that could lead to the formation of life, and Jon’s lab is interested in identifying whether the conditions required for these chemical reactions could have been present on Earth or in other planetary systems. Researchers have previously asserted that the presence of free cyanide on Earth’s surface may have given rise to chemical reactions that could have formed the building blocks of nucleic acids that are critical to life. Jon’s lab recently submitted a paper that investigated whether there could have been high enough cyanide concentrations on the surface of the early Earth for this to occur. They sent the paper to a prestigious journal and were disappointed when the paper was rejected. One of the reviewers was really positive, but the other reviewer likely had alternative views about the origins of life and provided really negative feedback. After working hard on this project for more than a year, this was incredibly frustrating.

Most Treasured Travel (28:01)
Antarctica was the very first place that Jon visited for science, and it was a remarkable experience. To get there, he flew to New Zealand, took a military jet to McMurdo Base Station, and then was carried by helicopter about 50-70 miles to their field research site. While much of Antarctica is a vast open expanse of ice sheets, Jon visited a unique environment on the continent called the McMurdo Dry Valleys. These dry valleys exist because the Transantarctic Mountains create a snow shadow and prevent ice and glaciers from moving through the valleys. As a result, the ground is covered in bare soil. The scenery and rock formations are fascinating and other-worldly. Jon and his colleagues had an amazing time camping out there for 1-2 months while conducting field research.

Quirky Traditions and Funny Memories (34:11)
One thing that was really unexpected during his trips to Antarctica was the food. Jon had low expectations for the quality of the food, particularly because he knew they would be camping in a really remote area. However, he was pleasantly surprised by the delicious halibut steaks, filet mignon, Alaskan-caught salmon, prawns, scallops, and other delicious fare that they feasted on throughout the trip. Their provisions seemed even more phenomenal after being invited by a team of New Zealand scientists to share their meal of ramen noodles with tuna.

Advice For Us All (37:58)
Jon’s father once told him that 99% of life is just showing up, and this notion can be very liberating. Even if you don’t feel ready to face a task, showing up is easy. Taking that first step of being there is something you can do, and then from there you can take the subsequent steps to do a great job. Also, be open to new things. Despite his early interest in science, Jon never thought he would pursue a career doing planetary science. However, he has really been enjoying being a scientist in this field.

Guest Bio
Jon is a planetary scientist who studies liquid water in extreme environments on Earth, Mars, and beyond. His research covers a wide range of topics such as subsurface oceans within moons of Saturn (Enceladus) and Jupiter (Europa), the formation of water on Mars today and in the past, the chemistry of Antarctic soils, and environmental conditions on the early Earth. Recently his research has focused on understanding what environments life might have originated in. When not in the lab, Jon is actively exploring the mountains around Seattle, Washington. He runs on trails, scales cliffs, ascends glaciers, and has stood on top of many peaks in the Cascade Mountains and in other parts of the world. When not so active, he enjoys spending time with his wife and daughter, and fixing up their new Seattle home.