Listen to the Episode Below (00:38:55)
Play / pause
1x
1.5x
2x
0:00
0:00
00:38:55
volume
iTunesGoogle PlayShare Leave a ReviewClammr ItListen in a New WindowDownloadSoundCloudStitcherSubscribe on AndroidSubscribe via RSS
Sign up to receive bonus content about our guests and sneak peeks for a guest from the next week’s interviews! 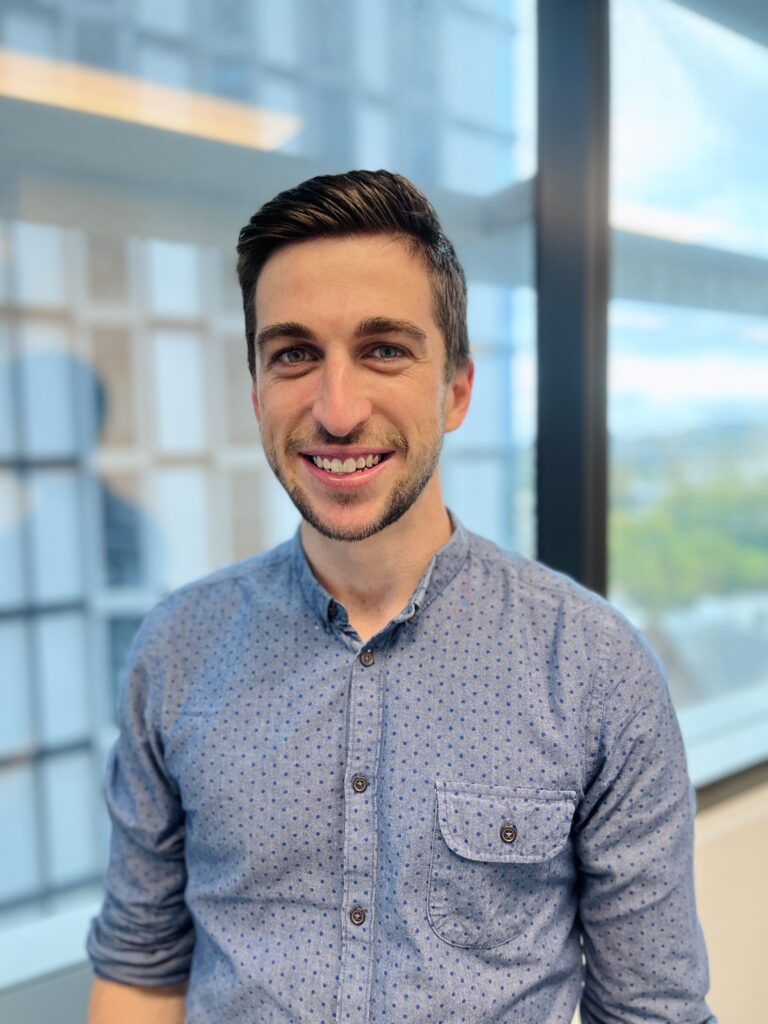 Dr. Joshua Pate is a Lecturer in Physiotherapy at the University of Technology Sydney in Australia. He is also a pain researcher, children’s book author, and co-founder of One Thing, a video platform where pain experts share key insights that can help people with pain. Josh received his Bachelor of Health Science and Master of Physiotherapy degrees from the University of Western Sydney. Later, he earned a Master of Research and PhD in Pediatric Pain Science from Macquarie University. In our interview, Josh shares more about his life and science.

Life Outside of Science (2:14)
In addition to his work, Josh enjoys balancing his roles as a husband, dad, and uncle. When he has free time, he likes to spend it with his kids, nieces, and nephews. They’ve been having fun visiting the zoo, checking out local museums, and playing hide and seek in the park.

The Scientific Side (2:59)
Many people don’t realize that chronic pain is relatively common in children. Josh studies how kids think about pain and how that impacts their lives and the lives of others in their household. He is interested in understanding how educating kids about pain and helping them manage their pain might impact chronic pain issues when people are young and also later in life.

What Got You Hooked on Science? (8:57)
Josh’s interest in science began with his passion for physical therapy. In his physical therapy degree program, he was trained to take a very structurally focused approach to pain. If he moved parts of the body in a particular way, he learned, then the patient should experience less pain. However, as he got more experience in clinical practice, Josh began to wonder why some patients did not get better despite physical intervention, and other patients got better without any physical intervention. He attended a course on pain education and the potential benefits for chronic pain patients, and this was really transformative. It made him want to read more and contribute to the research in this area. Josh decided to go back to school to pursue research while also continuing to do clinical work. He had phenomenal mentors, and he was captivated by the idea of discussing and investigating ideas that had never been explored before.

The Low Points: Failures and Challenges (21:23)
When Josh was submitting his first few papers for publication, the practice of pre-registering clinical studies was less common, and he didn’t know about it. As he was going through the process of reviewing and analyzing his data, it was tempting to keep analyzing more and more variables. The problem with this approach is that the more variables you look at, the more likely it is that some of them will appear to change significantly after an intervention due purely to chance. Learning to be more statistically rigorous and understanding how to prospectively plan data analyses took a little time. It was also difficult to winnow down all of his ideas to figure out what the most important pieces of the puzzle were to put in his early papers. This is something that Josh continues to hone, and he has gotten much better at creating really focused aims by learning through experience and getting feedback from other experts and mentors.

A Shining Success! (25:05)
The first time Josh published a peer-reviewed research paper, it felt like a major success. During the peer review process, it is common for papers to be rejected from a journal or to receive a lot of constructive feedback from reviewers. Getting through all the hoops to that final acceptance message was really rewarding. Over time, Josh has become more familiar with the frequent failures and rejections in science and recognizes that it is a necessary part of a rigorous scientific community. Another exciting success has been working with a talented team to create an educational series of children’s books about pain. It is really meaningful for Josh to be able to disseminate his work to the public and help kids learn more about pain in a fun and engaging way.

Most Treasured Travel (31:12)
A few years ago, Josh had an opportunity to visit a pediatric pain lab in Toronto, Canada. Coming from a hot summer in Australia, the cold Canadian winter was a striking contrast. He had seen snow before, but Josh was not quite prepared for the snowy and icy walks to the lab without boots. However, once he got in the building, it was amazing how much a lab on the other side of the world could feel like home. Talking to other scientists who were excited about the same things was energizing, and he also enjoyed seeing Niagara falls and some of the other local sights.

Quirky Traditions and Funny Memories (33:39)
There have been a few interesting cultural differences that Josh has noticed working with scientists and clinicians around the world. He was surprised when he visited America and realized that it was normal for health professionals to wear white coats while they worked. In his experience, people in Australia generally only wore white coats while working at the bench in wet labs. In another lab where he worked previously, the group had a fun tradition where each member would bring in their own cake to share on their birthday.

Advice For Us All (37:19)
Accumulate small wins. Try to chip away at things that are worthwhile, rather than trying to solve all of the really big problems.

Guest Bio
Josh’s PhD focused on a child’s concept of pain. Josh is fascinated by how re-conceptualizing pain according to contemporary science may change the way pain is treated. He has collaborated with many leading international pain experts, heading toward the long-term dream he mentioned on the podcast of ‘a conceptual revolution about pain for the next generation’. Josh is on the Scientific Program Committee for the Australian Pain Society and has been an invited speaker at several international scientific conferences. By day he is an Assistant Professor (‘Lecturer’ in Australian terms) and researcher at the University of Technology Sydney, and by night he works on disseminating pain science education; including TED-Ed animations with millions of views, a pain science interview platform (‘One Thing’), and an upcoming series of children’s books that each explain a key idea about the complexity of pain. The book series is titled Zoe and Zak’s Pain Hacks and the publisher is Noigroup Publications – so, if you or your kids are wanting to learn more about pain and neuroscience, then Josh thinks those books are a great starting point! Josh is very happy to hear from you. You can reach out to him at joshuawpate.com or via Twitter, Instagram, and LinkedIn.