Listen to the Episode Below (00:37:07)
Play / pause
1x
1.5x
2x
0:00
0:00
00:37:07
volume
iTunesGoogle PlayShare Leave a ReviewClammr ItListen in a New WindowDownloadSoundCloudStitcherSubscribe on AndroidSubscribe via RSS
Sign up to receive bonus content about our guests and sneak peeks for a guest from the next week’s interviews! 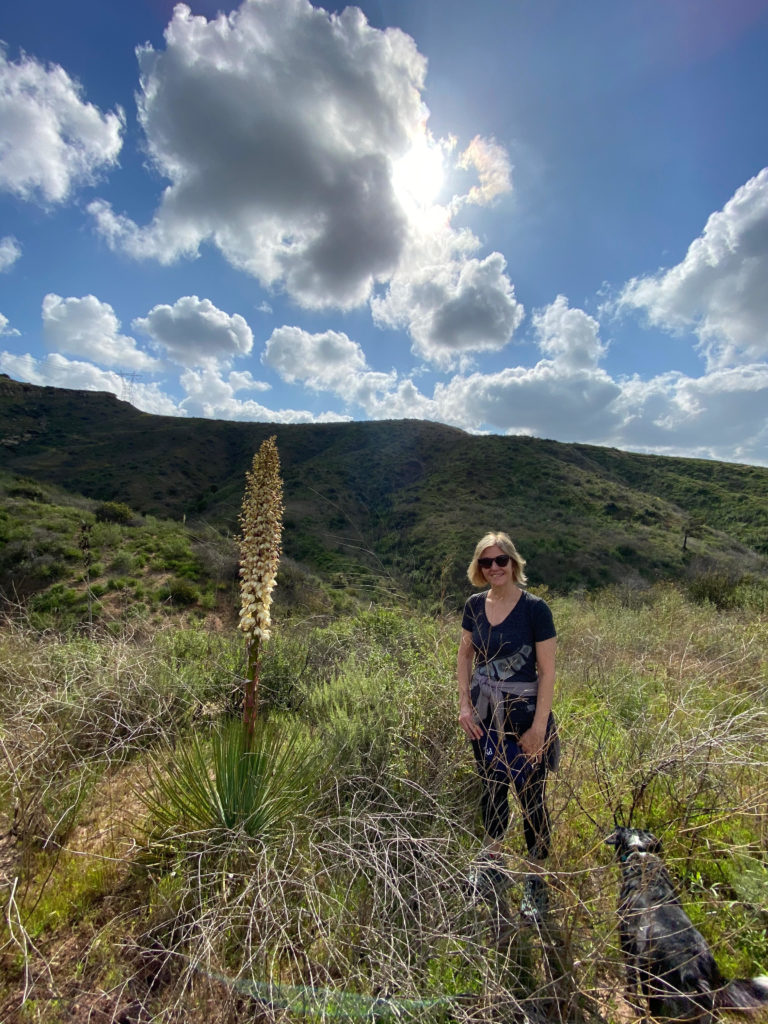 Life Outside of Science (2:30)
When she’s not working, Julia enjoys gardening, hiking, traveling, and spending time with her friends and family. She also has fun baking and cooking with fresh vegetables from her garden.

The Scientific Side (3:19)
A major focus of Julia’s lab is to investigate how plants survive water extremes with the goal of improving the ability of crops to survive a temporary flood.

A Dose of Motivation (4:01)
“In wilderness is the preservation of the world.” – Henry David Thoreau

What Got You Hooked on Science? (7:39)
Julia’s love of nature and plants began early in her childhood. She grew up in San Diego County with access to a thriving coastal sage community in the hills behind her house, and she loved exploring and playing outdoors. Initially, Julia thought she wanted to go into forestry, so she enrolled in a forestry program in college. However, she soon realized that her true interests were in botany. As an undergraduate student, she had an opportunity to take a course in electron microscopy and subsequently work in a research laboratory. This experience had a tremendous impact on Julia and put her on course for a career in scientific research.

The Low Points: Failures and Challenges (15:31)
Over the years, Julia has faced a variety of different types of challenges. In one case, her lab and another group were both working at the same time to discover the mechanism through which plants can sense oxygen and sense a decline in oxygen levels. While this type of situation can be very difficult because science is highly competitive, it is also important to embrace collaboration and try to work together. In this scenario, both groups came to the same conclusions, and the methods they used were complimentary. The situation ended up being a big success since their findings were independently confirmed by another research group, and their data had important implications for the field.

A Shining Success! (18:00)
Julia has been excited to launch a new graduate program called Plants 3-D at the University of California, Riverside. This program aims to provide students with the skills and knowledge to translate basic plant biology to address important issues relevant in agriculture and biotechnology. The program was made possible by a grant from the National Science Foundation. At first, Julia thought she would be successful in obtaining funding with the first grant she submitted to create the Plants 3-D, but she ended up having to re-write the grant multiple times before it was funded. It was a lot of work, but Julia is really looking forward to training students for careers in areas that can have a big impact, as well as providing opportunities for diverse students in science and engineering.

Most Treasured Travel (20:33)
One of Julia’s most memorable trips involved visiting farmers and farm advisors in Bangladesh and India. Regional farm advisors had provided farmers with packets of rice seeds to plant in areas that are sometimes impacted by floods from the monsoons. When these areas get flooded, the rice plants there often die, so they were hoping these new rice cultivars would be better able to survive the floods. While there, Julia had a chance to speak with women in the farming communities to understand their thoughts about the new rice cultivars. She will never forget how one woman was beaming with joy when she told the translator that she was so happy to see that the rice regrew after the flood. It was incredibly rewarding for Julia to see their work having real world impacts on people in these communities. Julia also got a greater appreciation of some of the other issues these farmers face, including droughts, and the importance of understanding how genes that may impact flood resistance affect other characteristics of the plants.

A second particularly meaningful trip was one that Julia took with her son to visit the Amazon Rainforest in Peru. As a biologist who studies the impacts of floods on plants, it was fascinating for her to spend a week on a boat in the Amazon to see firsthand the dynamics of a flooded ecosystem and the diversity of plants that live in that ecosystem. There are many traits present in plants there that we may not fully understand that allow them to endure the regular flooding. During their trip, Julia and her son did a lot of birdwatching and saw so many amazing species of plants and animals.

Quirky Traditions and Funny Memories (29:12)
Scientists are people too. There are many different personalities in science, and anyone can feel free to be themselves. It has been wonderful for Julia to build a network of collaborators and colleagues throughout her career, and she continues to stay in touch with many of these people. In her own lab, Julia and her team always have a party when someone from the lab is ready to move on to the next stage of their career. Prior to the pandemic, they would get everyone together at her house and play croquet. While they have stopped having their traditional parties, the games of farewell croquet have continued on the university campus with proper social distancing.

Advice For Us All (35:20)
Think through things before you act. Make sure you spend time working through your ideas and thinking about potential challenges for a hypothesis you are going to address or a technology you are going to develop before starting a project. Also, remember that nature is critically important to us and to our world. It is essential to think about climate change and to be proactive. This is the most important thing we can do for mankind and for the future.

Guest Bio
Julia’s research is focused on learning how plants survive a dynamic environment, especially too much or too little water in order to improve the production of crops. Her research considers the genetic variation that exists in nature that enables rice to be productive in environments that have floods of different depth or duration during the growing season. She also studies the minute details of how rice and less flood resilient plants keep key cells alive when oxygen and energy levels are dangerously low. Julia leads the Plants3D graduate program, funded by the National Science Foundation, which trains teams of biologists and engineers to address challenges in agriculture and biotechnology using synthetic biology and entrepreneurship. When she is not focused on science, she is often with family, on a walk, or in her kitchen garden with her dog. She tries to use as little water as possible to keep her fruit trees happy.