Listen to the Episode Below (00:29:21)
Play / pause
1x
1.5x
2x
0:00
0:00
00:29:21
volume
iTunesGoogle PlayShare Leave a ReviewClammr ItListen in a New WindowDownloadSoundCloudStitcherSubscribe on AndroidSubscribe via RSS
Sign up to receive bonus content about our guests and sneak peeks for a guest from the next week’s interviews! 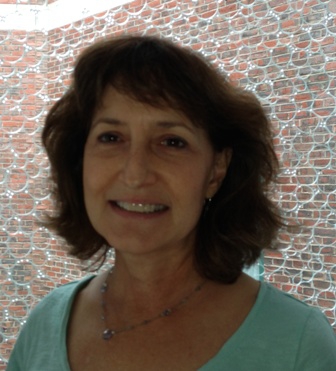 Dr. Julie Kauer is a Professor of Medical Science and Professor of Neuroscience at Brown University. She received her PhD from Yale University completed a postdoctoral fellowships at the University of California San Francisco and at Stanford University. Prior to coming to Brown University, Julie served on the faculty at Duke University School of Medicine. Julie has received many honors during her career, including being named a Fellow of the American Association for the Advancement of Science. Julie is with us today to tell us about her journey through life and science.

Julie is a leader in the field of synaptic function, over the years having discovered basic synaptic mechanisms that underlie synaptic strength changes in the hippocampus, ventral tegmental area and most recently, the dorsal horn. Over the years, Julie has made a major contribution to understanding synaptic plasticity at inhibitory synapses. For many years, inhibitory synapses were thought to act only as modulators of excitatory brain circuits, while excitatory synapses were thought to represent the major networks capable of synaptic strength alterations. The Kauer lab thoroughly characterized synaptic plasticity in the reward circuit at inhibitory synapses, and showed that this plasticity can be entirely blocked by a single exposure to any of a number of addictive drugs. They have recently added to this finding that a brief stressful stimulus also entirely blocks this form of LTP. The group has made strides in linking this neuroadaptation to stress-triggered reinstatement of cocaine-seeking in rodents. Most recently they discovered that kappa opioid receptor antagonists are highly effective at preventing reinstatement of cocaine-seeking in a rodent model of relapse, even given well after a stressful stimulus. Most recently Kauer’s group has begun working on inhibitory synapses in the dorsal horn, the part of the spinal cord that processes sensory and pain information. Although glycine is a major neurotransmitter in the CNS, relatively little is known about glycinergic synapses and plasticity in native tissues. They have now identified the first example of synaptic plasticity at glycinergic synapses in the mammalian nervous system. Moreover, this glycinergic plasticity is altered by the experience of peripheral inflammation, suggesting a role in the heightened pain responses that follow peripheral injury. The Kauer lab is currently utilizing optogenetic approaches to probe nociceptive circuitry in the dorsal horn. Over the course of her career Julie Kauer has contributed major service to the field, recently acting as a member of the NINDS Board of Scientific Counselors and on the editorial board of Physiological Reviews, and has been an involved contributing member on SFN committees over the years.