Listen to the Episode Below (00:36:23)
Play / pause
1x
1.5x
2x
0:00
0:00
00:36:23
volume
iTunesGoogle PlayShare Leave a ReviewClammr ItListen in a New WindowDownloadSoundCloudStitcherSubscribe on AndroidSubscribe via RSS
Sign up to receive bonus content about our guests and sneak peeks for a guest from the next week’s interviews! 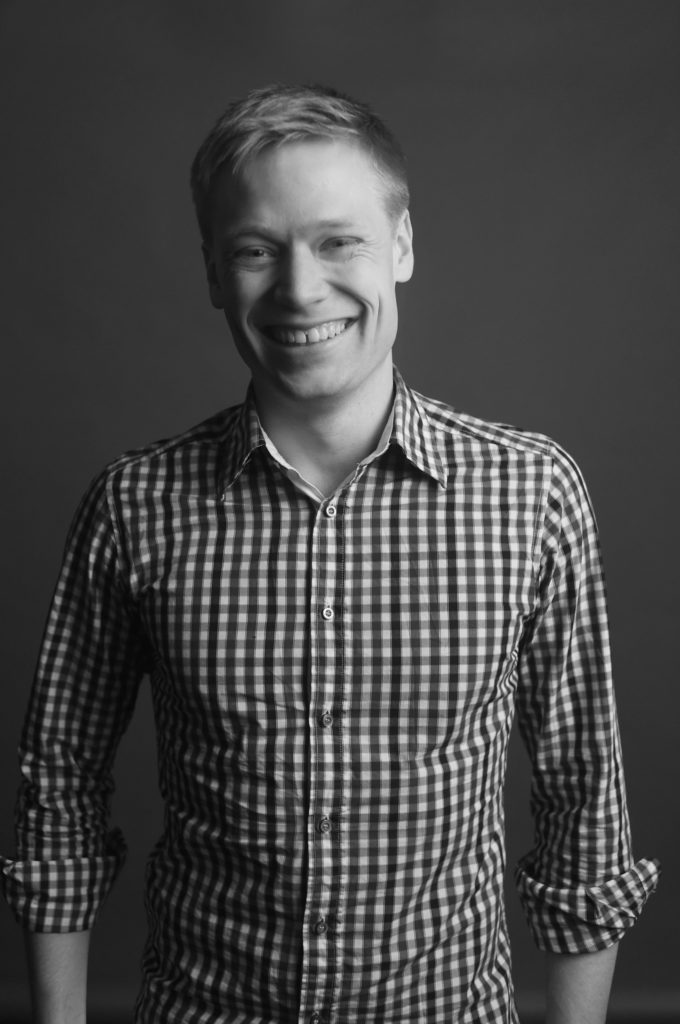 Dr. Karl Heilbron is a Scientist I in Statistical Genetics at 23andMe. Karl received his Bachelor’s degree in Evolutionary Science from Western University where he was awarded the Western Gold medal for highest course average. He next attended The University of Oxford where he earned his Ph.D. degree in evolutionary genomics. Karl was awarded a Julie Payette Research Scholarship from The Natural Sciences and Engineering Research Council of Canada for his graduate work. Afterwards, Karl conducted postdoctoral research in computational biology at 23andMe before accepting his current position there. In our interview Karl will tell us more about his life and science.

Life Outside of Science (2:05)
When he’s not working, Karl enjoys staying active by playing soccer and other sports. In addition, he has been having fun staying in touch with old friends by playing Dungeons and Dragons together online.

The Scientific Side (2:51)
Karl is a statistical geneticist who focuses on identifying genetic variants that are associated with diseases such as Parkinson’s disease. Once variants are identified, he conducts more targeted analyses to better understand the genetic basis of disease.

A Dose of Motivation (4:40)
Parkinson’s disease is a neurodegenerative disease, and symptoms become more severe over time. Karl’s postdoctoral advisor Dr. Paul Cannon is a researcher who studies Parkinson’s disease and also has the disease himself. Paul shared with Karl that he has decided to use his best years to fight Parkinson’s disease through the research that they do, and this has been deeply inspiring for Karl.

What Got You Hooked on Science? (7:49)
As a kid, Karl was absolutely obsessed with Pokémon. He was fascinated by this game that included elements of evolution, taxonomy, and exploring the diversity of biological organisms. In particular, Karl thought the genetically engineered Pokémon Mewtwo was really cool, and this was his first introduction to genetics. Karl’s neighbor was a laboratory technician in a genetics laboratory, and she bought Karl a book called the Cartoon Guide to Genetics when he was nine years old. He read the book cover to cover multiple times and was determined to make his own Mewtwo. Karl’s interest in science persisted throughout high school and into college. Through shadowing his cardiologist father, Karl developed an interest in medicine. He also enjoyed playing sports, so he thought he would pursue a career in sports medicine. Karl declared his undergraduate major to be kinesiology, and then he changed his major every year for the next four years. His interests led him to evolutionary biology, particularly focusing on the evolution of microbes. Later, Karl’s research became more focused on computational and statistical approaches.

The Low Points: Failures and Challenges (20:27)
One of Karl’s graduate school experiments involved studying the evolution of bacterial populations over time in the lab. This involved a lot of precision pipetting and time-consuming procedures to transfer bacterial populations to different containers each day. The goal was to induce the bacteria to evolve and adapt to the different mediums in which they were grown. Karl wanted to have as many samples as possible so he could get as much data as he could to ensure he had enough statistical power for his studies. At the end of this experiment, Karl began reviewing the whole genome sequences from the different bacteria populations. He was devastated to discover that some of his bacterial lines had been contaminated by other bacterial lines. There are a number of ways this may have occurred, but it meant that Karl just lost nine months worth of work. He felt embarrassed about making a mistake and guilty about the money spent on the failed experiment. After feeling bad about himself for a while, Karl decided to move on. It took him six months to re-do all of the experiments, and Karl was able to share his experience with other students to help them conquer the issues they were facing in lab as well.

A Shining Success! (23:23)
There have been many exciting successes for Karl to celebrate over the past few months. A paper he co-authored was just published recently, and it was exciting to share their analyses of a large dataset of over 10,000 people with Parkinson’s disease. In addition, Karl just transitioned from his postdoctoral position to his current permanent position at 23andMe. Beyond these academic successes, their team raised about $30,000 in their annual fundraiser for the Parkinson’s Foundation. This effort brought together a large team of people for a talent show, bake sale, silent auction, and group walk. It was immensely rewarding to be part of the team contributing to the fundraising effort and to know they were having an impact outside of the research they do every day.

Most Treasured Travel (27:02)
Karl’s favorite conferences are Gordon Research Conferences. In these conferences, the organizers sequester a relatively small group of scientists at a remote location to spend days completely immersed in scientific conversations. Everyone hangs out together, and a strong sense of community develops. It has been fun for Karl to get to know some of the prominent scientists in his field through these conferences. The most recent Gordon Research Conference he attended was held in a small town in Vermont, but he has also attended these conferences in Maine and New Hampshire. When Karl was planning his trip to New Hampshire, he didn’t appreciate how difficult it would be to get to the conference venue. It took a long flight from England, a charter bus ride, and a few rounds of hitchhiking to get there, but it was worth it!

Quirky Traditions and Funny Memories (30:06)
In graduate school, Karl and his friends were very invested in science communication. They participated in the Dance Your PhD competition and put together other entertaining science-related videos. Karl has also been a singer/rapper in various bands with fellow scientists, including the bands Emergent Properties and Gigabase. For performances, they would rewrite the lyrics of popular songs to focus on different topics in science. Currently, they have an a capella group at 23andMe called the Chromatones, and they recently had a rock band called ACTG perform at their fundraising event.

Advice For Us All (34:17)
The experience a student has in graduate school varies widely. One of the key factors that impacts the graduate school experience is the lab you choose. Principal investigators of laboratories have to balance their responsibilities as researchers, teachers, communicators, writers, mentors, and advocates. Different investigators focus more heavily on certain aspects of their jobs, and it is common for students to end up in labs that aren’t a good fit. When choosing a lab, make sure to connect with people who have worked in the lab to get a good understanding of the work environment.

Guest Bio
Much of Karl’s research centers around leveraging 23andMe’s genetic and online survey data to understand the features and causes of Parkinson’s disease (PD). As part of this work, he was involved in the largest PD genome-wide association study to date and recently published a study examining survey-derived phenotypes linked to PD. Outside of work, Karl serves as the Vice President of Cheering for the 23andMe ultimate frisbee team, the Spitballers. He also enjoys Dungeons and Dragons, and is currently playing as a Bard/Paladin human and a Barbarian/Rogue Half-Orc (amongst others).