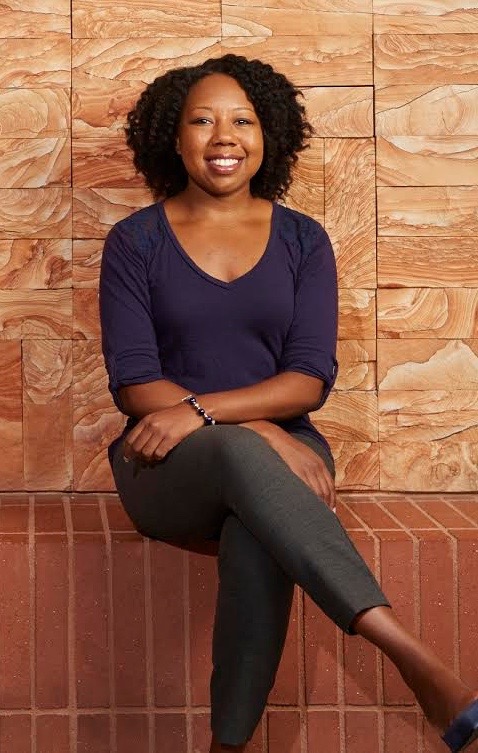 Dr. Karmella Haynes is an Assistant Professor in the Ira A. Fulton School of Biological and Health Systems Engineering at Arizona State University. She is also a senior judge for the International Genetically Engineered Machine Competition. She received her Ph.D. in Molecular Genetics from Washington University in St. Louis. Prior to joining the faculty at ASU, Karmella was awarded a Howard Hughes Medical Institute Teaching and Research fellowship at Davidson College, followed by an NIH postdoctoral fellowship at Harvard Medical School. Karmella is with us today to tell us all about her journey through life and science.

Life Outside of Science (02:00)
Karmella likes to engage her creative side within the lab as well as outside of the lab. When she is not working, Karmella likes to look at art and to paint paint with oil or acrylic on canvas.

The Scientific Side (02:50)
In her research, Karmella works with cells that are grown in cultures (in a petri dish). Her lab studies synthetic biology, which involves synthesizing DNA outside of a cell and designing those new pieces of DNA so that they can be used for different purposes like stopping cancer cells from growing or helping stimulate tissue regeneration.

What Got You Hooked on Science? (09:00)
Growing up, Karmella was a quiet and curious kid. She spent a lot of time in the backyard being inquisitive about the natural world and also liked to build and create things. Solving puzzles and understanding how things were put together were fascinating for her. In school, she was not only drawn to science, but also to math and art. Karmella got hooked on science in high school when she was introduced to solving Punnett squares in her biology class. This allowed her to combine her interests in biology, math, problem-solving, and thinking creatively.

The Low Points: Failures and Challenges (19:20)
As a postdoctoral fellow, Karmella had an idea she was really excited about that involved taking a protein in human cells and using it to build a circuit type system where the protein would land on a gene, turn it on, and form a complex feedback loop. It looked great on paper. One of the questions Karmella received when presenting this in lab meeting made her realize that the process she proposed would occur throughout the genome, not just in the place she intended to target, and the cells would likely die. This was really devastating at first, but then it occurred to her that this might be a great way to treat cancer. This discovery really launched her career.

A Shining Success! (23:03)
Karmella would like to see synthetic biology develop to the point where she could use a piece of DNA off the shelf and have it work exactly as expected every time like other engineering tools. It is important to get the materials they use to work reliably to allow scientists to build things faster and at a lower cost. With this as her inspiration, Karmella started a project where she developed a collection of pieces of DNA that labs can use for their projects, and it includes a way for users to provide testing, validation, and feedback on how well they work. She pitched this idea of crowd-sourced science to Women in Philanthropy and was awarded funding for her project. This was a really meaningful success because it was the first time she pitched a scientific project to a really diverse audience.

Most Treasured Travel (30:00)
The most memorable travel experience was her first trip overseas when she was a postdoctoral fellow at Davidson College. Her mentor was invited to speak in a workshop on Synthetic Biology in China, and he invited Karmella to go in his place. It was phenomenal. She had a wonderful time in China and has enjoyed traveling there two more times since then.

Quirky Traditions and Funny Memories (32:51)
While working as a postdoctoral fellow with Pam Silver, Karmella was surrounded by people who were not only hard working but also extremely creative. Some of the graduate students had an independent film organization, and they asked lab members volunteer to be actors. Karmella was featured in a few of their films, including a movie called Compound 54 where she played the role of the “skeptical scientist”.

Guest Bio
Most people are familiar with “genetics,” the inheritance of visible traits like eye and hair color. Traits are encoded by a molecular alphabet (A,T,C,G) in the well known double helix structure, DNA. The network of protein particles that interact with DNA to control the expression of inherited traits are less well known. This process is epigenetics. Karmella’s lab uses protein engineering to create new epigenetic machinery that regulates DNA at will. One day synthetic epigenetics may allow us to rationally design new biological systems with predictable, reliable behavior and replace “magic bullet medicine” with “smart medicine.” In Karmella’s lab, they are able to assemble interchangeable protein modules to build synthetic transcription factors that regulate gene activity in human cells. Unlike typical synthetic transcription factors that recognize specific DNA sequences, our Polycomb-based transcription factors (“Pc-TFs”) are engineered to read chromatin modifications. Thus, a single engineered TF can potentially activate different cohorts of genes in cells that have distinct chromatin modification profiles. Karmella operates biological devices primarily in human/mammalian cells. Through use of modular design, Karmella aims to accelerate the pace of therapeutic technologies, such as tissue regeneration and customizable protein-based drugs.