Listen to the Episode Below (00:39:41)
Play / pause
1x
1.5x
2x
0:00
0:00
00:39:41
volume
iTunesGoogle PlayShare Leave a ReviewClammr ItListen in a New WindowDownloadSoundCloudStitcherSubscribe on AndroidSubscribe via RSS
Sign up to receive bonus content about our guests and sneak peeks for a guest from the next week’s interviews! 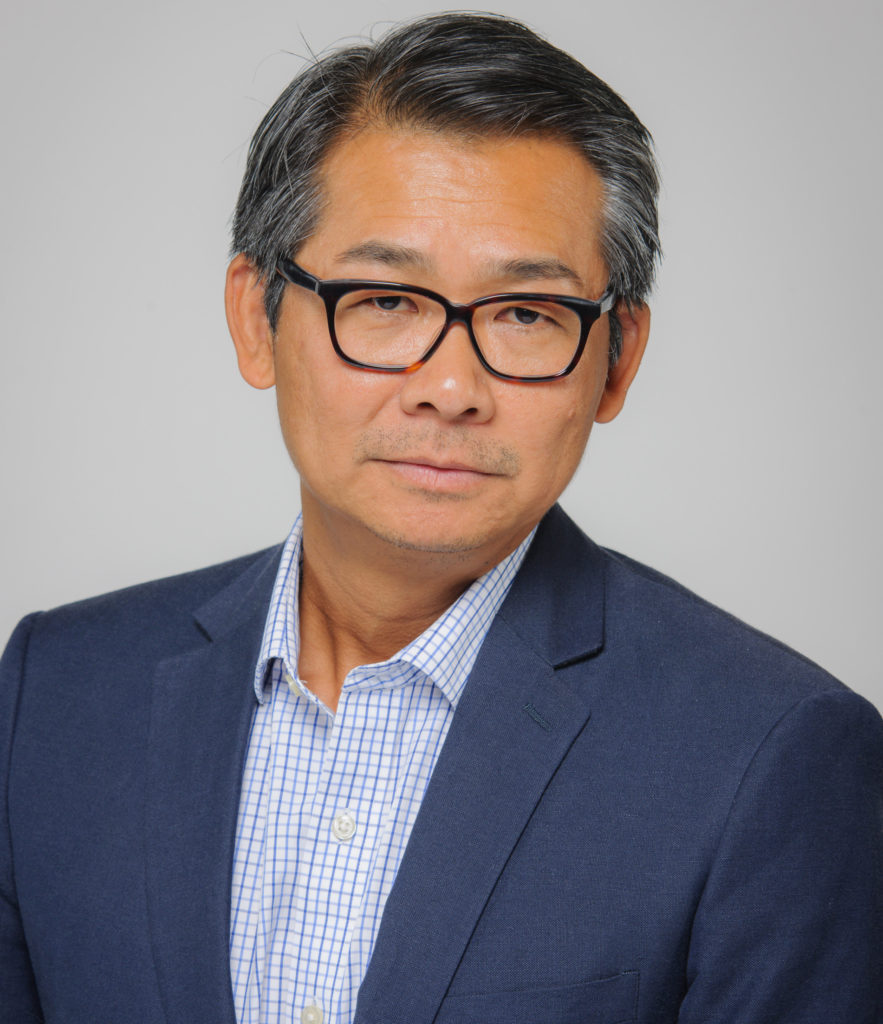 Dr. Kim Tieu is Professor and Interim Chair in the Department of Environmental Health Sciences in the Robert Stempel College of Public Health & Social Work at Florida International University. He received his bachelor’s degree in pharmacy from the University of Saskatchewan and subsequently worked as a pharmacist for several years. Kim then returned to the University of Saskatchewan to complete his Ph.D. in neuroscience. Afterwards, he conducted postdoctoral research at Columbia University. Kim accepted his first faculty position at the University of Rochester Medical Center, and he served on the faculty at Plymouth University in England prior to joining the faculty at Florida International University. In our interview, Kim shares more about his life and science.

Life Outside of Science (2:15)
Kim loves going to the beach to swim, snorkel, and fish with his family. He also enjoys travel, photography, yard work, and tending to his approximately 30 fruit trees.

The Scientific Side (4:25)
In the lab, Kim’s research focuses on three related areas. The first is understanding why people develop Parkinson’s disease (PD). Since the genetic or environmental causes of PD are unknown in about 90% of cases, Kim is studying the effects of environmental toxins on the development and progression of PD. The second major area of research in Kim’s lab examines why and how the dopamine-producing neurons die in a part of the brain called the basal ganglia in people with PD. A third research line in Kim’s lab aims to develop an effective drug therapy for PD.

A Dose of Motivation (6:53)
“We can talk about it all day long, but there’s only one way to find out.”
“Just do it.”
“It doesn’t make sense to hire smart people and tell them what to do; we hire smart people so they can tell us what to do.” – Steve Jobs

What Got You Hooked on Science? (11:53)
After high school, Kim knew he wanted to go to college, but he didn’t know what he wanted to study. He took a year off to think about his options, and during this time, he worked as a waiter to earn money. Ultimately, he decided to pursue pharmacy. Over the course of his five years in pharmacy school, Kim started to become interested in science. He was particularly fascinated by pharmacology and how the medicines we take can impact the body to have therapeutic effects and produce side effects. Upon graduation, Kim accepted a position as a retail pharmacist. The pay was good, and he worked in this position for several years, but he wasn’t completely satisfied with his career. Kim began to wonder what it would be like to develop a new medication himself. He looked at a few graduate programs in pharmacology, and a tour of the research facilities at the University of Saskatchewan won him over. The lab Kim joined there was developing and testing a series of compounds to treat PD and other neurological diseases.

The Low Points: Failures and Challenges (21:05)
Maintaining continuous funding to support a lab is a major challenge that nearly ended Kim’s career. Kim was fortunate to get grants when he started his first faculty position and established his own independent laboratory. However, there were major cutbacks in funding when the economy took a turn for the worse around 2007 and 2008. One after another, the grants Kim submitted were not funded. He believed the projects he was proposing were good, but he couldn’t convince the reviewers to fund his work. Kim considered quitting research, going back to Canada, and returning to retail pharmacy. However, he soon received an offer to move to Plymouth University in England. After moving there, Kim was awarded two grants for essentially the same projects that had previously been rejected.

A Shining Success! (23:49)
Kim recently received an R35 research grant for $6.6 million that will fund an exciting research project in his lab over the next eight years. This project will allow Kim and his team to study a protein called dynamin-related protein-1 (Drp1) to understand the role the protein plays in PD and potentially use this protein to develop a targeted therapeutic strategy for PD and other brain disorders. In their experiments, they will manipulate the function of the protein to see if it provides beneficial effects in models of PD due to genetic mutations, environmental toxins, or a combination of mutations and toxins. At the end of the project, Kim plans to screen a large library of FDA-approved compounds to potentially identify a drug that may be used to treat PD. Data from one of the students in Kim’s lab was key in writing a compelling grant application for this project, and Kim is also delighted to celebrate that the paper for his graduate student’s project was recently submitted. It took five years and a lot of hard work to complete the project, and Kim is glad it is getting closer to being published.

Most Treasured Travel (27:38)
Attending the World Parkinson Congress in Kyoto, Japan was a wonderful experience for Kim. While there, Kim was able to catch up with his postdoc advisor whom he hadn’t seen in years, as well as some of his European colleagues. Beyond the great conference and scientific conversations, Kim was able to travel with his 13 year old son. Kim and his son spent a few days after the conference exploring the beautiful city of Kyoto and nearby Arashiyama. It was fun to watch the monkeys, marvel at the massive bamboo trees, teach his son to use chopsticks, and spend time together.

Quirky Traditions and Funny Memories (30:30)
When Kim was at the University of Rochester Medical Center, it was a tradition to hold a big picnic in the fall when the new students arrived. The students, postdocs, faculty, and their families would all attend. Every year at the picnic, the students were pitted against the faculty for an intense game of tug-o-war.

Advice For Us All (36:13)
Remember that there is no such thing as a perfect job, but the things you enjoy about your work should outweigh the things that you don’t like about your position. Keep in mind that research takes time. There has been a lot of progress in Parkinson’s disease research, and many dedicated scientists are working very hard to find treatments and potential cures for this devastating disease. For young scientists, if you feel like you have a good research direction that you are really passionate about, don’t give up. Try to stay focused and ensure the quality of your work. Also, don’t forget about work-life balance.

Guest Bio
The long-term goal of Kim’s lab is to understand how genetic mutations, environmental toxicants and the interactions between these two factors cause brain cells to die in Parkinson’s disease (PD). With this knowledge, Kim’s ultimate goal is to develop effective disease-modifying therapeutics for this devastating brain condition. Kim recently received a $6.6 million grant from the National Institute of Environmental Health Science (NIEHS) to support his research. Through the NIEHS Revolutionizing Innovative, Visionary Environmental health Research (RIVER) program, the grant provides outstanding investigators the flexibility and stability to conduct transformative research with continuous funding for eight years. This project will allow Kim to continue his focus on the role of dynamin related protein-1 (Drp1) in PD. Drp1 is a protein that plays a role in the splitting of mitochondria (the powerhouses of the cell). However, based on his lab’s recent discovery of a new function of Drp1, Tieu will also research its role in the accumulation and spread of toxic proteins in the brain. By the conclusion of this project, Kim would like to identify a safe and effective strategy to target Drp1 as therapy for PD. When he is not at work, Kim appreciates spending time outdoors. He relocated his family to South Florida so that they could enjoy the sun and fun with fishing trips and beach days! Upon moving to Florida, Kim got an early lesson in gardening thanks to Hurricane Irma taking down most of the fruit trees in his yard (which are now happily thriving once again!).