Listen to the Episode Below (00:39:59)
Play / pause
1x
1.5x
2x
0:00
0:00
00:39:59
volume
iTunesGoogle PlayShare Leave a ReviewClammr ItListen in a New WindowDownloadSoundCloudStitcherSubscribe on AndroidSubscribe via RSS
Sign up to receive bonus content about our guests and sneak peeks for a guest from the next week’s interviews! 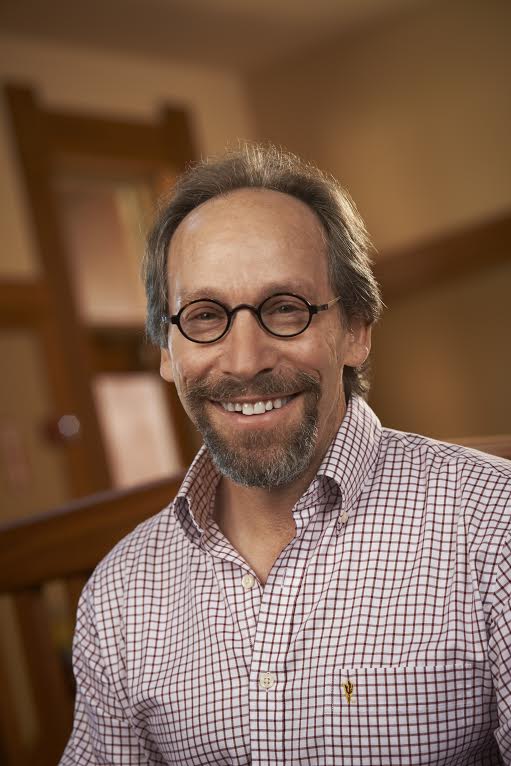 Dr. Lawrence Krauss is the Foundation Professor in the School of Earth and Space Exploration and Department of Physics and the as well as the Inaugural Director of the Origins Project at Arizona State University. He is also an accomplished author with popular books including A Universe from Nothing, Hiding in the Mirror, and The Physics of Star Trek. Lawrence received his PhD in Physics from the Massachusetts Institute of Technology and afterward served as a Junior Fellow in the Harvard University Society of Fellows. Lawrence was a member of the faculty at Yale University and Case Western Reserve University before joining the faculty at ASU where he is today. Lawrence is a distinguished scientist, and he has received many honors during his career for his exceptional research, writing, and teaching. He is the first physicist to have been awarded the three most prestigious awards from the American Physical Society, the American Institute of Physics, and the American Association of Physics Teachers. Recently, he has also received the National Science Board 2012 Public Service Award. Lawrence is a fellow of the American Physical Society and a Fellow of the American Association for the Advancement of Science. He has received an honorary doctorate from his undergraduate alma mater Carleton University. He has also just received the 2015 Humanist of the Year Award. Lawrence is here with us today to tell us all about his journey through life and science.

Life Outside of Science
In general, Lawrence doesn’t distinguish work from other things he likes to do. He considers work a part of his life that he tries to make enjoyable. When he’s not working though, you can find Lawrence watching movies, riding his bike, writing, and going out to eat at different restaurants. We chat about movies Lawrence enjoyed and what it has been like to have a role in movies and documentaries.

The Scientific Side
Lawrence thinks about how the universe can be used as a laboratory to understand the fundamental forces that govern nature and our origins. In particular, he has been exploring the mysteries of the dark matter which makes up most of the universe.

What Got You Hooked on Science?
When he was young, Lawrence remembers being absolutely fascinated by helping his neighbors build a model of an atom in their basement. Lawrence worked at a science museum which taught him how to interact with people and get them interested in science, as well as provided him with opportunities to attend presentations by different researchers. He also gained inspiration from books by and about scientists, especially a book about Galileo he read in primary school.

The Low Points: Failures and Challenges
After graduating from MIT, Lawrence went from being relatively unknown in the field to suddenly well-known when he started his position at Harvard. It was hard because Lawrence felt like he hadn’t done anything to earn the notoriety and there was a lot of pressure to live up to his reputation. There were various points in his career where he had to deal with issues of self-doubt and multiple occasions where he considered dropping out of Physics altogether.

A Shining Success!
Lawrence was one of the first to realize that most of the energy in the universe resides in empty space (dark energy). This was initially a crazy idea and it seemed like there was no way that it could be true.  It was really exciting to see this idea later accepted, and the researchers involved were awarded the Nobel Prize for their work.

Book Recommendations
The Thing with Feathers: The Surprising Lives of Birds and What They Reveal About Being Human by Noah Strycker, To Explain the World: The Discovery of Modern Science by Steven Weinberg, The Sixth Extinction: An Unnatural History by Elizabeth Kolbert, The Martian by Andy Weir

Most Treasured Travel
Among Lawrence’s most memorable travel experiences are trips to Venice and Norway. He went to Venice for a physics conference there, and it was a wonderful, peaceful place to walk around without the noise of cars. The rich history of the city goes all the way back to Galileo and the roots of scientific thought. In Norway, he was able to experience 24-hours of daylight where it was actually cloudy during the day and sunny at night. The trip included memorable explorations of ancient rock paintings and a boat trip out to the middle of the sea.

Quirky Traditions and Funny Memories
Nobel Laureate Shelley Glashow was one of Lawrence’s mentors and colleagues at Harvard, and Lawrence describes how Shelley was often child-like and playful in the lab. Lawrence has brought some of these traits into his own lab so going to work everyday is fun. He and his students may tease each other and point out mistakes while talking through projects at the blackboard, but it’s all in good fun and his students are just as quick to call him out as he is them.

Advice For Us All
Always be skeptical about advice, and remember that advice that was good at one time may not be good advice now.

Guest Bio
Prof. Lawrence M. Krauss is an internationally known theoretical physicist with wide research interests, including the interface between elementary particle physics and cosmology, where his studies include the early universe, the nature of dark matter, general relativity and neutrino astrophysics. Under his direction at ASU, the Origins Project is becoming a national center for research and outreach on origins issues, from the origins of the universe, to human origins, to the origins of consciousness and culture. Prof. Krauss is the author of over 300 scientific publications, as well as numerous popular articles on physics and astronomy. He has been involved for some time in issues of science and society and has helped spearhead national efforts to educate the public about science, ensure sound public policy, and defend science.

Lawrence is one of the few prominent scientists today to actively cross the chasm between science and popular culture. Besides his radio and television work, Krauss performed with the Cleveland Orchestra narrating Gustav Holst’s The Planets, was nominated for a Grammy award for his liner notes for a Telarc CD of music from Star Trek, and was a jury member at the Sundance Film Festival. In 2013, he served as the executive producer and starred in a new full length documentary called The Unbelievers, which follows Krauss and Richard Dawkins around the world as they discuss science and reason. In his spare time, when he is not writing, lecturing etc, he enjoys scuba diving, fly fishing, and mountain biking.