Listen to the Episode Below (00:29:51)
Play / pause
1x
1.5x
2x
0:00
0:00
00:29:51
volume
iTunesGoogle PlayShare Leave a ReviewClammr ItListen in a New WindowDownloadSoundCloudStitcherSubscribe on AndroidSubscribe via RSS
Sign up to receive bonus content about our guests and sneak peeks for a guest from the next week’s interviews! 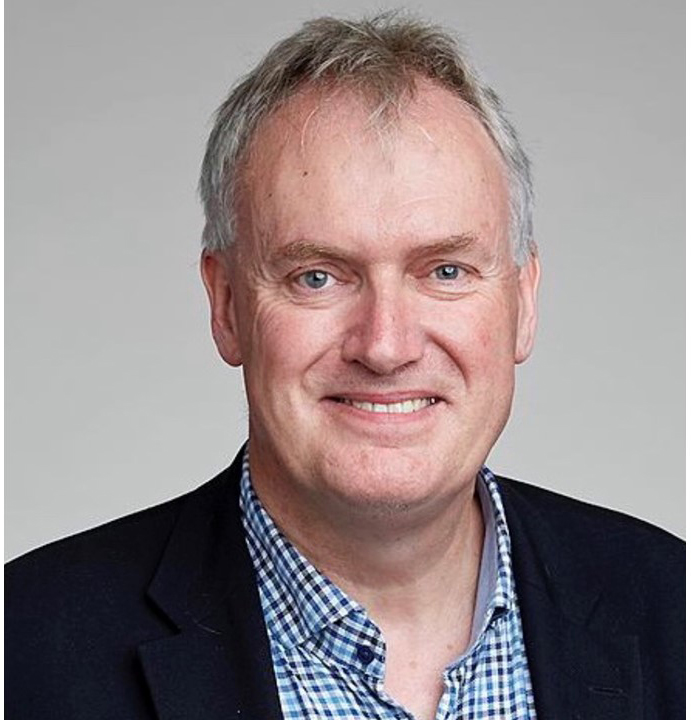 Dr. Luke O’Neill is Professor and Chair of Biochemistry in the School of Biochemistry and Immunology at Trinity College Dublin. He is also an author of three popular science books, including the recently released book Never Mind the B#ll*cks, Here’s the Science: A Scientist’s Guide to the Biggest Challenges Facing Our Species Today. In addition, Luke co-founded Inflazome, a company dedicated to developing therapeutics to address unmet needs in inflammatory diseases. He was awarded his B.A. in Natural Sciences with an emphasis in Biochemistry from Trinity College Dublin and his PhD in Pharmacology from the University of London. Afterwards he accepted a Medical Research Council postdoctoral fellowship to conduct research at Strangeways Research Laboratory in Cambridge. Luke has received numerous awards and honors for his exceptional research, including the Royal Dublin Society & The Irish Times Robert Boyle Medal for scientific excellence, the Royal Irish Academy Gold Medal for Life Sciences, and the European Federation of Immunology Societies Medal. Luke is also an elected Member of the Royal Irish Academy, a Member of the European Molecular Biology Organisation, and a Fellow of the Royal Society. In our interview, Luke shares more about his life and research.

Life Outside of Science (2:30)
In his free time, Luke enjoys music. He sings and plays guitar in a band called The Metabollix, and they have played a wide variety of gigs over the years, including at scientific conferences.

The Scientific Side (3:29)
Luke is an immunologist. He studies the immune system, focusing mainly on inflammatory diseases like Crohn’s disease, ulcerative colitis, rheumatoid arthritis, and Alzheimer’s disease. His lab aims to understand the underlying mechanisms of these diseases and develop new medicines to treat them. Recently, Luke’s lab has also been studying COVID-19 and potential therapeutics.

A Dose of Motivation (5:11)
“Somewhere, something incredible is waiting to be known.” – Carl Sagan

What Got You Hooked on Science? (7:47)
In school, Luke was fascinated by the lessons he received in biology. When he was about 12 years old, he learned that the nearby mountain range had been covered in ice in the last ice age. It was incredible to reflect on the fact that glaciers carved out the valleys near his home that he had hiked through. Though there were no scientists in Luke’s family, he was intensely curious about the world and interested in understanding the scientific explanations for why things were the way they were. He realized that he needed to eventually get a job, and he was excited to discover that there were jobs in which people could do scientific work, such as being a clinical biochemist in a hospital. Luke pursued clinical biochemistry in college, but there he discovered that it would be possible to make a career out of doing research and making discoveries. This led him to apply to graduate school. During his PhD research, Luke worked on developing an anti-inflammatory medicine. This piqued his interest in therapeutics, and Luke still thoroughly enjoys the thrill of discovery and working in an area that can have an impact on patients.

The Low Points: Failures and Challenges (14:39)
Recently, Luke and a postdoc in his lab made an interesting discovery that they were excited to publish. The postdoc had been working on this project for about two and half years, they wrote a paper, and sent it off to a scientific journal. It was extremely disappointing when they received the reviews, and the feedback was harsh. After working through the comments together, Luke and the postdoc made a plan for what to do next, and this has been helpful for getting over the initial disappointment.

A Shining Success! (17:31)
Over ten years ago, Luke began studying a protein called NLRP3 that had been shown to have an important role in driving inflammation. His lab discovered that in type 2 diabetes, NLRP3 was driving some of the inflammatory damage that occurs. Shortly afterwards, papers came out from other groups implicating NLRP3 in heart disease, Alzheimer’s disease, Parkinson’s disease, and gout. Luke decided to search for a drug that might be able to block NLRP3 activity, and they found it. This drug was originally discovered by Pfizer about 15 years earlier, but it was never fully developed for various reasons. Luke and his colleagues formed a company and began to improve upon Pfizer’s original NLRP3-inhibitor. They developed a new molecule, and they have shown that it can stop Alzheimer’s disease and other inflammatory diseases in animal models. Luke is looking forward to starting six new clinical trials to test the drug on these diseases in humans.

Book Recommendations (23:14)
The Intelligent Man’s Guide to Science by Isaac Asimov, Sapiens: A Brief History of Humankind by Yuval Noah Harari, The Third Chimpanzee: The Evolution and Future of the Human Animal by Jared M. Diamond, Catching the Worm: Towards Ending River Blindness, and Reflections on My Life Hardcover by William Campbell and Claire O’Connell, Never Mind the B#ll*cks, Here’s the Science: A Scientist’s Guide to the Biggest Challenges Facing Our Species Today by Luke O’Neill, Humanology: A Scientist’s Guide to Our Amazing Existence by Luke O’Neill, The Great Irish Science by Luke O’Neill

Most Treasured Travel (22:10)
Though Luke will never forget a scientific conference he attended on Mauritius, a beautiful island off the coast of Africa, his favorite city is San Francisco. About a year ago, Luke stayed in San Francisco on sabbatical. While there, he spent time at Stanford University and worked with a biotech company there. With all of the universities and biotech companies in the area, he found it an exceptional place for science.

Quirky Traditions and Funny Memories (24:56)
Over the years, Luke has discovered that many of his scientific colleagues share a passion for music. Prior to the pandemic, he and his colleagues would often play music during the big dinner events at the end of their scientific conferences. This is how their band The Metabollix was created. In 2017, Luke helped organize a large conference in Dublin, and he was asked to put a good band together. It was a lot of fun to perform at the conference, and they were impressed when some of the leading scientists in the field joined in the jam session.

Advice For Us All (27:50)
Just keep going. It is easy to find so many reasons not to do something. However, it is important to have grit, determine what your dreams are, stay focused, and keep your eye on your long-term goals. Never feel like failing is the end. Remember there is always a way out.

Guest Bio
Luke’s research investigates the molecular and cellular processes involved in inflammation. Inflammation has important roles for protecting the body in the case of infection or injury, but it can also give rise to a wide variety of inflammatory diseases which can be difficult to treat. In his work on the innate immune system, Luke and his colleagues have uncovered new molecules and biochemical processes that are triggered by infection and injury, including toll-like receptors and inflammasomes, as well as cytokines that stimulate inflammation. Luke’s work also examines immunometabolism and metabolic reprogramming in immunity. He is dedicated to applying his findings from the lab to develop novel anti-inflammatory therapeutics to address a myriad of inflammatory diseases, from rheumatoid arthritis to Alzheimer’s disease.