Listen to the Episode Below (00:32:28)
Play / pause
1x
1.5x
2x
0:00
0:00
00:32:28
volume
iTunesGoogle PlayShare Leave a ReviewClammr ItListen in a New WindowDownloadSoundCloudStitcherSubscribe on AndroidSubscribe via RSS
Sign up to receive bonus content about our guests and sneak peeks for a guest from the next week’s interviews! 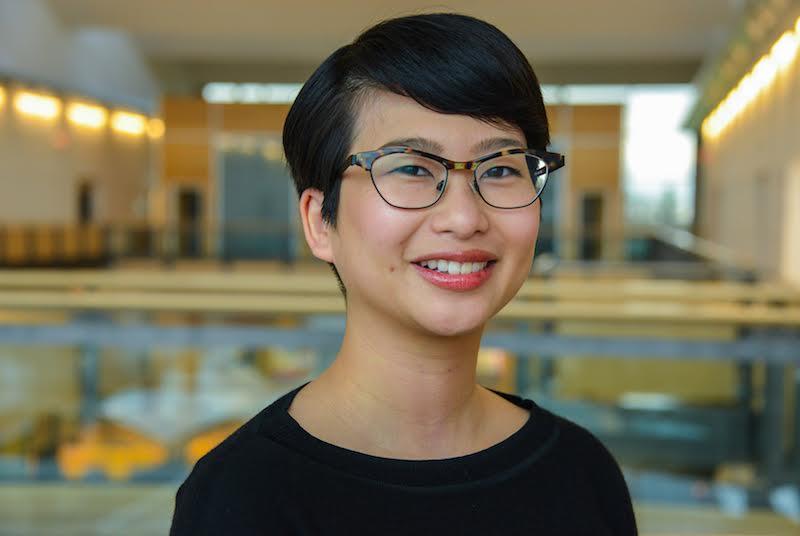 Dr. Malia Gehan is an Assistant Member at the Donald Danforth Plant Science Center. She received her undergraduate training in Biology from Willamette University and her PhD in Plant Biology from Michigan State University. Afterwards, Malia was awarded a National Science Foundation Plant Genome Initiative Postdoctoral Fellowship working at the Donald Danforth Plant Science Center, and she subsequently worked as a Research Scientist there before accepting her new position. In this interview, Malia shares more about her life and science.

Life Outside of Science (2:09)
Malia spends her free time with her two cats and her husband, who is also a scientist. They enjoy lounging around at home, as well as walking around their neighborhood near the Missouri Botanical Garden. Malia also has fun cooking, going to the movies, and watching TV.

The Scientific Side (3:02)
Her research examines how to improve crops in terms of their response to temperature stress and other abiotic stresses. She is does this through examining natural variation in plants. There are many plants that are highly resilient in different environmental conditions but are not edible. Malia is investigating how to take useful traits from these hardy, weedy plants and incorporate them into crops.

What Got You Hooked on Science? (6:37)
Malia grew up mostly in Hawaii, and both of her parents were artists. They encouraged her to be creative and observe the natural world. She remembers having to draw things upside down as an exercise to get a new perspective on the world. Going into college, she didn’t really know what she wanted to do for a career. Malia started off as a history major, but she ended up really enjoying running her own experiments in the laboratory portion of her first science class for non-majors. When she transferred to a different school her sophomore year, Malia declared herself as a biology major and began pursuing research in plants.

The Low Points: Failures and Challenges (14:27)
Working with the cutting-edge phenotyping system at the Danforth Center, Malia and her fellow researchers realized they needed to create new software to handle the image processing and phenotyping. She wasn’t traditionally trained as a computational scientist, and it was challenging to learn everything she needed for the software development. Once created it took a long time for them to get this work published, but it has been exciting to see others using their software.

A Shining Success! (18:54)
Malia and her colleagues use inexpensive computers and cameras from the Raspberry Pi Foundation to complement data from the phenotyping facilities. Recently, they received a grant from the Raspberry Pi Foundation to host fun, educational events featuring Raspberry Pi technology. Their Raspberry Pi Jam event allowed people from the Danforth Center to show off research projects involving technology, and they also invited different local robotics groups to attend this fun family event. It was great to show kids that these accessible computers can be used to conduct real science.

Book Recommendations (21:31)
Every Other Thursday: Stories and Strategies from Successful Women Scientists by Ellen Daniell

Most Treasured Travel (22:41)
Malia was invited to attend the PhenoDays Conference, which is an excellent conference focusing on advances in technology and tools in her field. That year, the conference was held in France at a beautiful walled city in the Burgundy region. The last night of the meeting was held in a French chateau, and the food was amazing. She also was able to visit the wineries and go on a mustard tour with her colleagues.

Quirky Traditions and Funny Memories (25:12)
Whenever Malia’s colleague from Dartmouth College visits the Danforth Center, they buckle down for a very intense period of lab work to get as much as possible done during the short time they are together. They have started a tradition of buying a lot of delicious food and taking scheduled snack breaks every time they have a five minute incubation time during their experiments. One of Malia’s favorite snacks these days is freeze dried peas dipped in hummus.

Advice For Us All (29:32)
It is important to not let your quest for perfection get in the way of producing and disseminating good work. People need to see what you are doing, even if it is a work in progress, to find value in it. Also, if you want something, look for opportunities in unexpected places. There are so many great opportunities out there.

Guest Bio
Malia’s research focuses on improving resistance to temperature stress in plants. Most recently, she was a Research Scientist in the Mockler Lab (Danforth Center) and a NSF-PGRP Postdoctoral Fellow. During her Postdoctoral research she focused on developing tools for high-throughput phenotyping. Through work on phenotyping, she and colleagues started a Maker Group at the Danforth Center that focuses on developing low-cost phenotyping tools, and fun outreach events (Raspberry Jams!). Malia earned her Ph.D. in Plant Biology at Michigan State University Plant Research labs with Dr. Mike Thomashow examining natural variation in freezing tolerance and the integration of the circadian clock with cold signaling. As an undergraduate researcher in Biology at Willamette University she studied thermoinhibition of growth and development of guard cell protoplasts with Dr. J. Gary Tallman. Malia grew up in Kaneohe, Hawaii where there is very little change in temperature, which is probably why she is so interested in temperature signaling.