Listen to the Episode Below (00:35:05)
Play / pause
1x
1.5x
2x
0:00
0:00
00:35:05
volume
iTunesGoogle PlayShare Leave a ReviewClammr ItListen in a New WindowDownloadSoundCloudStitcherSubscribe on AndroidSubscribe via RSS
Sign up to receive bonus content about our guests and sneak peeks for a guest from the next week’s interviews! 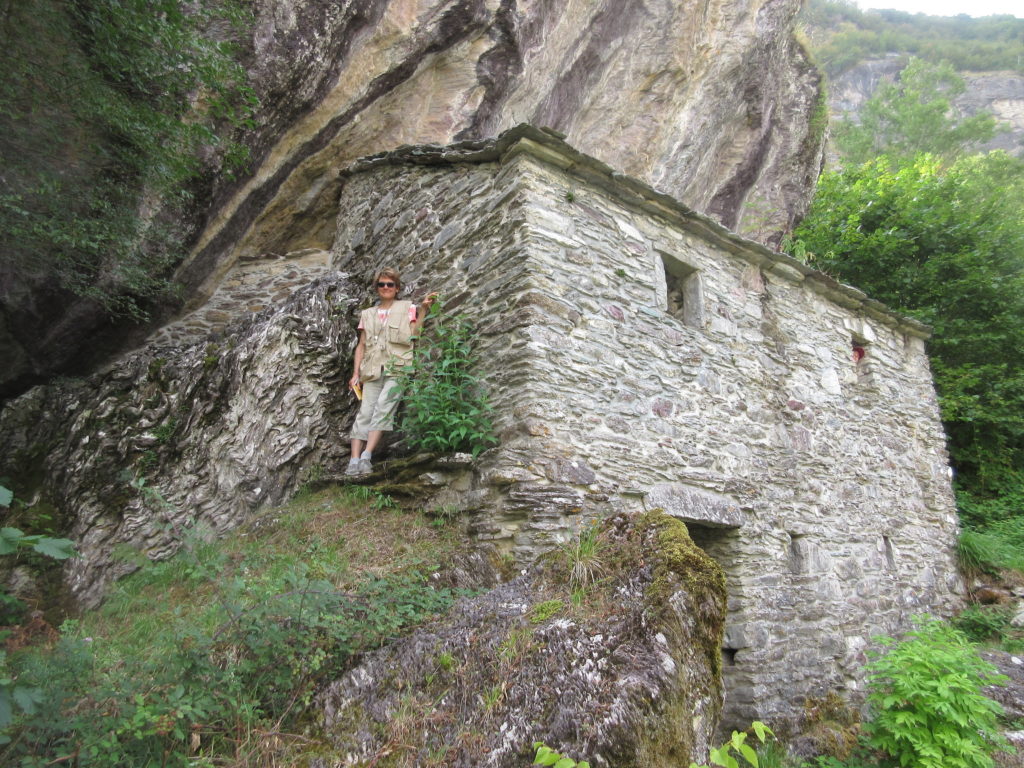 Dr. Marcia Bjornerud is Professor of Geology and the Walter Schober Professor of Environmental Studies at Lawrence University in Wisconsin. In addition, she is a writer for “Elements”, the New Yorker’s science and technology blog, and she is the author of the textbook The Blue Planet: An Introduction to Earth System Science, the popular science book Reading the Rocks: The Autobiography of the Earth, and the recently released book Timefulness: How Thinking Like a Geologist Can Help Save the World. Marcia received her B.S. degree in geophysics from the University of Minnesota-Minneapolis and was awarded her M.S. and Ph.D. in structural geology from the University of Wisconsin-Madison. Marcia then conducted postdoctoral research at the Byrd Polar Research Center at The Ohio State University. Afterwards, Marcia worked as a contract geologist for the Geological Survey of Canada and the Norwegian Polar Institute. Before joining the faculty at Lawrence University, Marcia served on the faculty at Miami University in Ohio. She has received many awards and honors during her career, including being named a fellow of the Geological Society of America, receipt of two Fulbright Senior Scholarships, as well as being awarded the Outstanding Educator Award from the Association of Women Geoscientists. In our interview, Marcia speaks more about her experiences in life and science.

Life Outside of Science (2:59)
Cross country skiing is a passion for Marcia, and she loves getting out in the winter to ski, including participating in ski marathons. Marcia is also an urban forager who enjoys making jams and preserves from wild berries and grapes that she picks.

The Scientific Side (3:57)
Marcia is a structural geologist who studies the deeply eroded roots of mountain belts and ancient plate boundaries to better understand the long-term effects of tectonic processes and rock deformation in Earth’s deep crust.

What Got You Hooked on Science? (7:34)
In first grade, Marcia saw a film of a volcanic island called Surtsey being born off the coast of Iceland. This was the first time she realized that the Earth was dynamic and ever-changing. However, this revelation was followed by a decade of uninspired science education through high school. When Marcia went off to college, she had no intention to pursue science. She happened to take an introductory geology class, and this changed everything. Marcia was struck by how geology could explain how things came to be the way they are on Earth. She also really enjoyed the early field trips where she learned to see landscapes in time as well as space. This first geology class was a major turning point in her career.

The Low Points: Failures and Challenges (16:52)
One major challenge that Marcia has faced in her career is casual, habitual sexism. There were few female students in geology as Marcia went through school and also few women faculty. Science is already very difficult, and this made things harder. When she was starting out, Marcia didn’t have a lot of confidence, so she had to work hard to find inner strength and persevere. Having the support of her peers, some key faculty members, and her family helped her keep going in her field.

A Shining Success! (18:35)
Being the first to describe rocks is an amazing experience. When Marcia was in graduate school, she worked on Svalbard, a Norwegian archipelago island. Today, most of the globe has been mapped and described in detail, but Marcia had the rare opportunity to map rock formations on the island and propose names for these rock strata. Another wonderful aspect of her job now is mentoring students. Seeing students succeed is a joy, and it is rewarding to see them go on to have great careers.

Book Recommendations (20:32)
The Overstory by Richard Powers, The Great Derangement by Amitav Ghosh, Views of Nature by Alexander von Humboldt, Reading the Rocks: The Autobiography of the Earth by Marcia Bjornerud, Timefulness: How Thinking Like a Geologist Can Help Save the World by Marcia Bjornerud.

Most Treasured Travel (15:29)
Marcia has had the pleasure of traveling to many amazing places around the world for science. For example, she visited Ellesmere Island in the far arctic of Canada when she worked with the Canadian Geological Survey. The empty, glaciated landscape there is truly remarkable. This is the furthest north you can travel on land, and it is absolutely stunning. While there, Marcia was able to explore the natural beauty around her through skiing and walking on glaciers with ice axes and crampons. It was also wonderful to meet people and develop connections with others from a wide variety of cultures and backgrounds.

Quirky Traditions and Funny Memories (26:30)
Through travel for her research, Marcia has met so many people she never would have encountered working in most other fields. On Ellesmere Island, her project team included individuals from Japan, Russia, French Canada, and Switzerland. In the evenings, they had fun talking via radio with other field groups scattered around the Canadian arctic. Since the radio reception was often bad, they had fun developing different radio alphabets to spell words out. Living and working together in the harsh arctic conditions is a truly unifying experience.

Advice For Us All (32:48)
Lead by example, and learn by watching the people around you who are rolling up their sleeves and getting things done. It’s important to get children interested in nature early and to nurture their innate curiosity and interest in science. If we can inspire the next generation of scientists, we can change the world.

Guest bio
Marcia is particularly interested in the mechanical nature of the Earth’s middle crust during mountain building – 10 to 12 miles into the subsurface, where rocks undergo the transition from brittle fracturing and faulting (generating earthquakes) to ductile deformation. The complex interplay among fault slip, fluid flow, metamorphic recrystallization and crystal plasticity at these inaccessible depths can be investigated by studying the roots of ancient eroded mountain belts, even in places like Wisconsin which no longer have topographic mountains. Such observations can help contribute to understanding the physics of great earthquakes. Marcia enjoys travel to rocky places and feels lucky to have shared many geologic adventures with her three sons, now all in their 20s. She is an avid bicyclist and once circumnavigated Lake Superior with two friends. She and her partner Paul are avid cross-county skiers as well as berry pickers, gardeners and canners who take joy in stocking the pantry with the bounty of summer. She feels lucky to have been raised by free-thinking parents who instilled in her a love of books, and the book of Nature.