Listen to the Episode Below (00:51:29)
Play / pause
1x
1.5x
2x
0:00
0:00
00:51:29
volume
iTunesGoogle PlayShare Leave a ReviewClammr ItListen in a New WindowDownloadSoundCloudStitcherSubscribe on AndroidSubscribe via RSS
Sign up to receive bonus content about our guests and sneak peeks for a guest from the next week’s interviews! 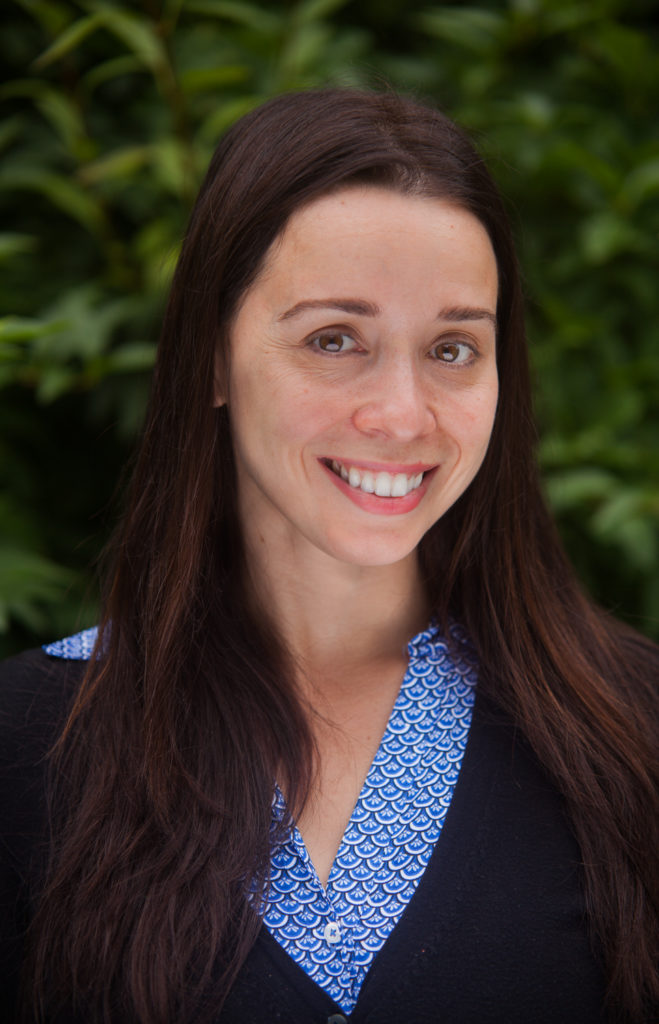 Dr. Martha Muñoz is an Assistant Professor in the Department of Ecology and Evolutionary Biology at Yale University. She received her B.A. in biology from Boston University. Afterwards, Martha worked as a Fulbright Research Scholar at the National Museum of Natural Sciences in Madrid, Spain. She was awarded her Ph.D. in Organismic & Evolutionary Biology from Harvard University. Next, Martha conducted postdoctoral research in the Research School of Biology at The Australian National University and subsequently the Department of Biology at Duke University. Prior to accepting her current position at Yale University, Martha served on the faculty in the Department of Biological Sciences at Virginia Tech. Martha has received numerous awards and honors, including the Boston University Department of Biology’s Distinguished Alumni ‘Rising Star’ Award, and a Young Investigator Award from the American Society of Naturalists. She was also named a ‘Scientist to Watch’ by The Scientist Magazine in 2019. In our interview, Martha will tell us more about her life and science.

Life Outside of Science (2:31)
For Martha, nature is a wonderful source of peace and inspiration for her research. When she’s not working, she enjoys exploring the outdoors, hiking, seeing amazing views, and observing wildlife. She also spends her free time reading, going to museums, and visiting her family in New York City.

The Scientific Side (4:56)
Martha is an evolutionary biologist who is working to better understand how and why evolution proceeds unevenly across the tree of life. Some features and branches of organisms evolve really quickly, while others remain inert or nearly inert for millions of years. Martha’s research is uncovering the mechanisms underlying this phenomenon, and she has discovered that behavior is a key architect of evolution. Through their behavior, organisms may expose themselves to greater natural selection (which accelerates evolution) or shield themselves from selection (which slows evolution), thus shaping the trajectory of their evolution.

A Dose of Motivation (7:26)
“He who walks a lot and reads a lot, sees a lot and knows a lot.” – Don Quixote de la Mancha by Miguel de Cervantes

What Got You Hooked on Science? (13:00)
As a kid growing up in a small apartment in New York City, Martha didn’t have a lot of exposure to nature. Her parents were born and raised in Cuba, and they came to the U.S. to seek a better life. To support her interests in nature, Martha’s parents brought her to nearby places like the American Museum of Natural History, the Bronx Zoo, and the Queens Botanical Garden as much as possible. She particularly remembers being awed and inspired while wandering through the halls of the American Museum of Natural History. It was amazing to see the diversity of life that exists today and that existed in the past. However, Martha wanted to see these organisms out in their native habitats in rain forests and coral reefs in the real world. It never occurred to her that she could become a scientist. She initially aspired to a career as a wildlife veterinarian after seeing them on wildlife documentaries. It wasn’t until her first week of college that Martha discovered what scientists did and what being in academia meant. Realizing that she could become a scientist herself and learning about evolution in her introductory biology course changed Martha’s whole career trajectory. Martha was able to get experience working in a lab as a work-study student in her freshman year, and seeing her advisor doing scientific research as an early career woman in science had a big impact. She knew she had to become an evolutionary biologist herself.

The Low Points: Failures and Challenges (30:46)
Much of Martha’s first few years in graduate school were spent pursuing questions and projects that she was already familiar with. She was afraid to step outside of her comfort zone in research because she was afraid to fail. This kept her from trying new and challenging things. For one project, Martha planned to study female choice in a type of lizard and how it impacts speciation. It was a high-risk project and a contentious topic in the literature. Martha designed a neuroscience study where she would examine the activity in particular regions of the lizard brain associated with mate choice, learned some new research methods, and began conducting experiments. Unfortunately, things weren’t working. She was so hesitant to give up on the project because she had invested so much, she didn’t want to fail, and she didn’t want to let her advisor down. Finally, Martha’s advisor had a meeting with her, and he told her that it was time to let that project go. For Martha, getting over her fear of failure took a few years, despite having excellent mentorship and support. However, it was so liberating when she realized that it was okay if things didn’t go as planned in her research.

A Shining Success! (35:01)
Every day that Martha has the opportunity to do science and work on something she is passionate about is a success. When she first started as a faculty member, it was difficult to suddenly take on the new responsibilities of running an independent research lab and managing the people in the lab. This is something that most scientists aren’t really trained to do in graduate school or postdoctoral fellowships. In the past few years, it has been really rewarding to see progress in her mentorship. The students in Martha’s lab are growing their confidence and intellectual independence, and it is exciting to see them transforming into independent intellectual scholars.

Book Recommendations (3:42)
The Trial by Franz Kafka and One Hundred Years of Solitude by Gabriel García Márquez

Most Treasured Travel (38:15)
Martha will never forget her first field expedition in 2005. She visited Indonesia and conducted research on a live-aboard vessel there for a few weeks. They were exploring the coral reefs and sampling different organisms for a genetic study. After spending her childhood in the New York City area and going to college in Boston, this was her first experience being completely immersed in nature. The first time she jumped into the water, there were two large humphead wrasse fish about ten feet away from her, and it felt so different from the world she knew. One morning while Martha was snorkeling in the shallows, she realized that there were no houses or people visible on the nearby shore. Everything was so quiet. Suddenly, the local call to prayer resounded through the air, its beautiful song joining the sounds of the water and the birds. Another moment from this trip that Martha will never forget was going on a night dive. She was relatively new to scuba, so diving in the dark was intimidating. The dive master instructed Martha that after they were about 30 feet under the surface, he would make a signal over his flashlight, and this was Martha’s cue to turn off her own flashlight. When that moment came, Martha hesitated. It was the middle of the night, and without her light, she couldn’t see the surface above her or the ocean floor below. She finally switched off her flashlight. After a few moments, she was captivated by a dazzling display of bioluminescent larvae. The entire sea around her seemed to light up with hues of blue, orange, and pink.

Quirky Traditions and Funny Memories (43:35)
Over the years, Martha has had a wonderful time with her colleagues in science. She has enjoyed crafting costumes and dressing up as her study organisms for Halloween, as well as other great lab traditions. Whenever she attends a scientific conference, she looks forward to hearing the presentations and engaging with the people in her research field, as well as getting together with fellow scientists outside of the main conference events. During field research, Martha works really hard, but she also makes sure to plan activities outside of work like enjoying a good meal, meeting local people, going out to restaurants, and going dancing. She did her dissertation research in the Dominican Republic, and it was fun to explore the natural beauty there, make friends, go out dancing, and make memories around the science she was doing.

Advice For Us All (47:47)
When you don’t look like the typical scientist or researcher in your field, it is easy to feel alienated or feel like you need to change who you are or how you interact with the world in order to be successful. You don’t need to change yourself to fit into science. By being in science and being yourself, you are making science broader. From her grandmother, Martha learned what it is to feel loved and how to love unconditionally. She learned the value of hard work and determination from her mother. Martha’s grandaunt taught her how to face adversity and to find hope and happiness in really difficult times. From her aunt, she learned how to fathom the impossible and believe she could achieve the boldest of her dreams. Make sure to surround yourself with people who lift you up and bring out your best. Always try to give your best to the people around you as well.

Guest Bio
Evolution is not a uniform process: in some cases, evolution happens at warp speed, whereas in others it is surprisingly sluggish. Martha’s research centers on discovering the motors and brakes of evolution. She integrates approaches in behavioral ecology, comparative phylogenetics, and biomechanics to uncover the pacemakers for evolution. She discovers how animals interact with their environments, and why those interactions scale up to repeatable patterns over deep evolutionary time. Her discoveries inform contemporary issues like global climate change and bioinspired engineering. If you’d like to learn more about Martha’s research, she is giving a talk on August 12th for EvoEcoSeminars, a digital platform providing free access to scientific research. Outside the lab, Martha enjoys spending time outdoors, hiking and camping. Her hobbies include travel, dance, and tabletop games. In her free time, she is likely to be found at a natural history museum, at home with a book, or trekking outdoors with her German Shepherd. She regularly flocks to her hometown, New York City, to visit family, and she loves spending quality time with her niece.