Listen to the Episode Below (00:51:05)
Play / pause
1x
1.5x
2x
0:00
0:00
00:51:05
volume
iTunesGoogle PlayShare Leave a ReviewClammr ItListen in a New WindowDownloadSoundCloudStitcherSubscribe on AndroidSubscribe via RSS
Sign up to receive bonus content about our guests and sneak peeks for a guest from the next week’s interviews! 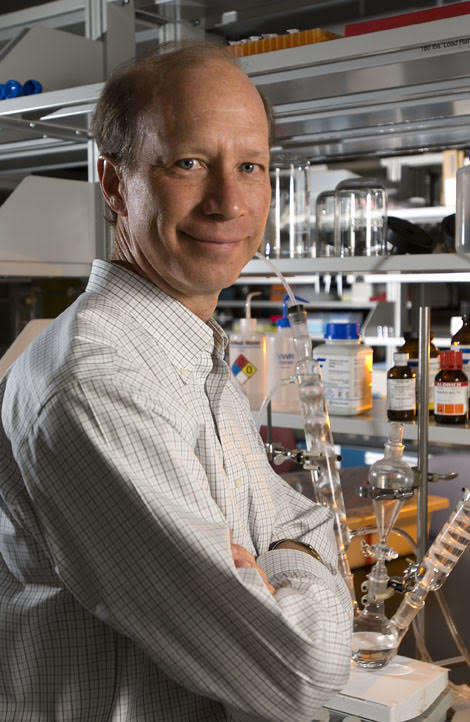 Dr. Michael Hochella is a University Distinguished Professor Emeritus at Virginia Tech. He received his B.S. and M.S. degrees in Geological Sciences from Virginia Tech, and was awarded his Ph.D. in Earth Sciences from Stanford University. Michael served on the faculty at Stanford University before joining the faculty at Virginia Tech. He has been the recipient of many awards and honors throughout his career. Michael is an elected Fellow of the Geological Society of America, the Mineralogical Society of America, the American Geophysical Union, the European Association of Geochemistry, the Geochemical Society, the American Association for the Advancement of Science, the International Association of GeoChemistry, the Royal Society of Chemistry, and Pacific Northwest National Laboratory. He has also been awarded a Senior Fulbright Scholar Award, an Alexander von Humboldt Award, the Dana Medal of the Mineralogical Society of America, the Department of Energy Outstanding Research Award for Geosciences, the Virginia Tech Alumni Award for Research Excellence, the Virginia Scientist of the Year Award, the Distinguished Service Medal from The Geochemical Society, the George W. Brindley Lecture Award from the Clay Minerals Society, and most recently the Virginia Outstanding Faculty award in 2016. In addition, Michael is a former President of both the Geochemical Society, as well as the Mineralogical Society of America. In our interview, Michael shares more about his life and science.

Life Outside of Science (3:04)
Since childhood, Mike has been fascinated by airplanes and flying, and he received his pilot’s license as an undergraduate student. More than 45 years later, Mike still delights in seeing Earth from the pilot’s seat thousands of feet above ground. The technology, instrumentation, electronics, and science of flight are all elements that drew Mike in and have kept his interest over the years.

The Scientific Side (5:04)
Mike’s research is at the intersection of nanoscience and environmental geochemistry. He studies very small things that can impact the health of the planet and the health of humans.

A Dose of Motivation (7:19)
A major driving force for Mike is his insatiable urge to understand how things work. This has been an important motivating factor throughout his life and career.

What Got You Hooked on Science? (11:47)
During middle school, Mike remembers visiting one of his cousins who was a few years older. Mike was captivated when his cousin pulled up a blackboard and started teaching him about chemistry and algebra. Unfortunately, Mike didn’t have a great experience in his high school science classes. His geology, biology, chemistry, and physics classes were terrible. However, rather than deter him from pursuing science, this fueled Mike’s determination to learn these subjects when he went to college. Entering undergraduate, Mike wanted to be an aeronautical engineer. He decided to change course when he discovered that many aeronautical engineers at NASA were being laid off after the moon landing because their expertise was no longer needed. Earth science may have been Mike’s second choice, but he has had an immensely fulfilling career doing research in this field.

The Low Points: Failures and Challenges (28:35)
About six years ago, there was a major environmental mishap where a large amount of coal ash leaked out of a holding area into a nearby river in North Carolina. There were major impacts on the biology of the river for kilometers downstream. In response, Mike and his team came to study the contents of the coal ash and understand how it may be impacting the river and the organisms that depend on it. In addition to the materials they expected to find in the coal ash, they found a strange substance that they weren’t expecting and couldn’t initially identify. After a tremendous amount of work and many struggles, they managed to determine that the material from the coal ash was a kind of titanium suboxide that can form when coal burns. They were the first group to ever identify this titanium suboxide, and it is really hard to identify properly because the compound is so small. After use of various types of microscopy and other scientific techniques, they were able to identify this material and confirm that it likely has detrimental effects on living organisms, including humans.

In addition to the specific example above of a research challenge, Mike has experienced difficulties over the course of his career as a result of being minorly dyslexic. He reads more slowly, and he had to develop different ways of studying in school. When it came to taking the GRE for graduate school applications, Mike performed poorly because he needed more time to finish the test. Mike has been able to overcome these types of challenges through hard work and determination.

A Shining Success! (31:36)
One of the successes that Mike is most proud of is his involvement in establishing Virginia Tech’s NanoEarth nanoscience center. About eight years ago, the National Science Foundation opened up applications for nanoscience centers to serve as a resource for people from all over the world doing cutting-edge nanoscience research. Mike and his colleagues worked hard to prepare an application for a center focused on the intersection of nanoscience and earth science. Leading universities from across the country submitted proposals, and the National Science Foundation selected only 16 sites for these new centers. Mike was ecstatic when he got the news that their NanoEarth Center was selected. Opening up the center has connected them with these 15 other exceptional institutions, and it has provided an amazing opportunity to give back to and support the scientific community.

Most Treasured Travel (38:04)
Over the years, Mike has traveled to 23 different countries to attend conferences and give presentations about his research. One of his most memorable travel experiences was visiting Iran about seven years ago. Mike was fascinated by the country’s history, and it was incredible to experience the culture firsthand. Some of the world’s first astronomers and mathematicians came from this area of the world, and the education system in Iran is remarkable. He also enjoyed visiting some of the major sites in the cities of Tehran and Isfahan, including one of the oldest Mosques in the world. With help from some Iranian graduate students, Mike was even able to learn enough of the Persian language to present the introduction of his lecture in Persian.

Quirky Traditions and Funny Memories (41:27)
When Mike went to graduate school at Stanford University, there was still a lot he didn’t know. His colleagues gave him the nickname “Rookie”, and they still use his old nickname to this day. Being in California near many acclaimed wineries, his colleagues took it upon themselves to teach Mike about wine. Every Friday, they had wine at lunch. People brought bottles of wine to share, and they would try to guess the varietals of grapes and where they were grown.

Advice For Us All (46:21)
Mike will never forget one Nobel Laureate’s response when asked what it takes to become a Nobel Prize winner. He said, you need three things. First, you have to have normal or higher intelligence. Second, you must work hard. Finally, you have to have good fortune. You must be at the right place at the right time.

Guest Bio
Since he was an undergraduate, Michael has been interested in how the characteristics and behaviors of the smallest geologic components of the Earth actually end up making dramatic differences in how the Earth works, especially when these things impact the health and well-being of any living thing, with particular interest in human impacts. These smallest components go from atoms to molecules to nanomaterials, and he and his colleagues study their ability to make dramatic impacts to environmental conditions at local, regional, and even global scales. Michael has also reveled in teaching, and has taught about a dozen Earth related subjects over many years. Beyond his professional passions, his underlying foundation rests with his wife (also a professor) and their two children. Favorite activities include taking hikes nearly every day with their dogs, trying to play the piano, and flying his airplane for the shear enjoyment of playing in three dimensions and observing this spectacularly beautiful planet from the sky.