Listen to the Episode Below (00:41:15)
Play / pause
1x
1.5x
2x
0:00
0:00
00:41:15
volume
iTunesGoogle PlayShare Leave a ReviewClammr ItListen in a New WindowDownloadSoundCloudStitcherSubscribe on AndroidSubscribe via RSS
Sign up to receive bonus content about our guests and sneak peeks for a guest from the next week’s interviews! 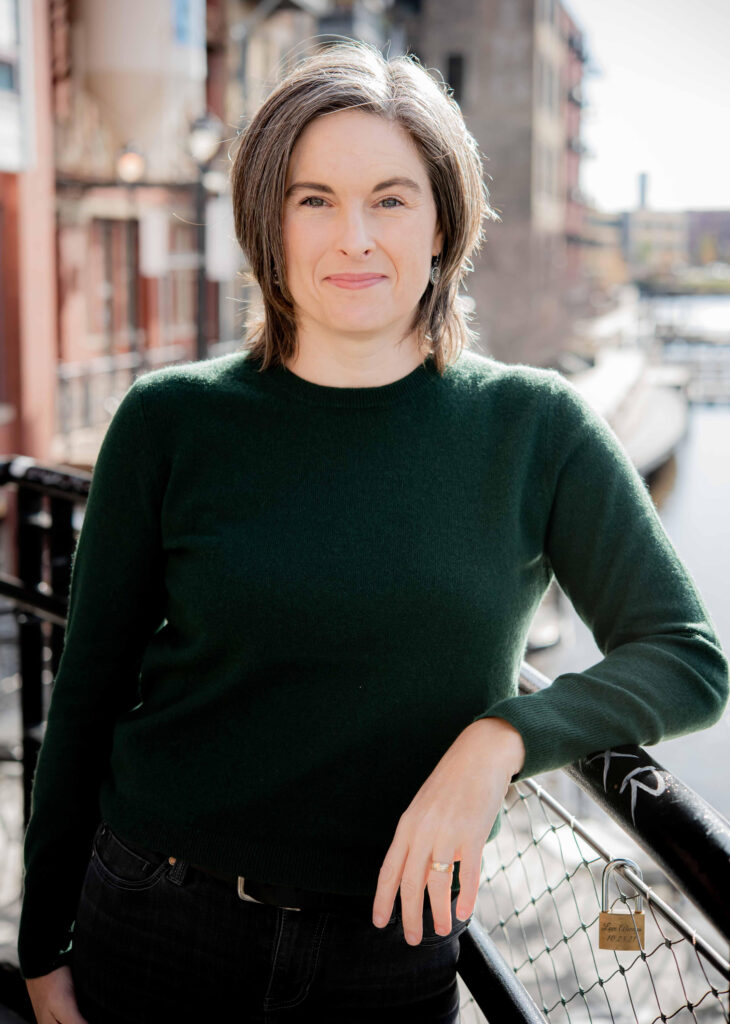 Life Outside of Science (2:31)
Outside the lab, Michele likes spending time with family and friends. Whether she is going for walks, enjoying Lake Michigan, hiking, doing ropes adventure courses with her kids, or taking their puppy to the dog park, Michel loves getting outside and connecting with people.

The Scientific Side (4:37)
Michele’s research is focused on studying how organs in the gut form and function in normal health in order to understand how to fix the gut when things go wrong in different disease states.

A Dose of Motivation (5:53)
One of Michele’s college professors once told her to “be the woman.” This mantra stayed with Michele and is a reminder to be yourself and don’t be afraid to go for what you want and to tackle difficult challenges in life and science.

What Got You Hooked on Science? (9:51)
When Michele was in high school, she learned about DNA in her sophomore biology class, and she became fascinated by this simple, yet complex molecule. In college, Michele had an unforgettable experience in a biology lab class. They performed a DNA extraction from the salivary glands of a fruit fly, and that moment cemented Michele’s interest in DNA. She was really interested in how the same DNA was present in all cells, and yet different cells had very widely varying features and functions. This curiosity led Michele to pursue a PhD in cell and molecular biology, where she studied cancer using cell cultures in the lab. As a postdoc, she expanded her experience beyond cell cultures examining developmental biology. She realized that developmental biology is a great way to better understand disease because a lot of disease processes can be traced back to dysfunctions in developmental pathways. As she began her faculty career, Michele merged these interests and experiences to create her own unique research program.

The Low Points: Failures and Challenges (19:35)
Michele hit a slump after being promoted to Associate Professor. It was critical for her to renew the large research grant that was supporting her lab because the startup funds she received to establish her lab were nearly all spent. Getting this grant renewal was extremely difficult. Her first submission wasn’t even discussed by the reviewers, and this was a terrible feeling. It made her doubt herself and her science. When she resubmitted the application, it was at least discussed by the committee, but it didn’t score well. At this point, Michele realized she needed help. She reached out to an expert in the area of her proposed research project and was surprised when this person immediately agreed to help mentor her in re-writing the grant application. Together, Michele and her colleague re-shaped the goals and aims of the grant, and on the fourth submission, the grant wasn’t only selected for funding, but it scored in the top two percentile! This was an amazing success, and it taught Michele that she had to trust herself, ask for help, and be willing to be flexible to move forward.

A Shining Success! (24:32)
During graduate school, Michele struggled with her project, things kept failing, and she was starting to think she was never going to get her PhD. In the experiment she was working on, she was trying to demonstrate that two particular proteins interacted with each other. She performed the immunoprecipitation step, put the film on her western blot, and then left for the day. Michele was convinced that it wasn’t going to work. When she returned the next day, she developed the film, and she was shocked to see a clear band indicating that the proteins did interact. This exciting success brought Michele to tears, and she realized that she was going to be able to graduate, and she could be successful in science. Michele made a photocopy of the film and hung it on the fridge as a reminder that with perseverance and hard work, good things happen. This seemingly small success transformed Michele’s inner dialogue, her attitude, and her drive to continue her research.

Most Treasured Travel (29:55)
Towards the end of her postdoctoral training, Michele had a chance to attend a conference in Capri, Italy. This conference was all about GATA transcription factors, so it was a really narrow topic with all of the world’s experts in this area. Capri is breathtakingly beautiful with clear blue water, outstanding hiking, and remarkable caverns that can be explored by boat. The conference location was amazing, but it was also Michele’s first invited presentation at a major international meeting. There were fantastic opportunities to network and socialize to get to know more about the people as well as their research.

Another particularly memorable trip brought Michele to Steamboat Springs, Colorado. She was invited to organize a conference on gastrointestinal biology for the Federation of American Societies for Experimental Biology (FASEB). This is a major conference for the gastrointestinal research community, and Michele was honored to be invited to help organize the event. Steamboat Springs is a beautiful and serene location where the attendees could relax, appreciate nature, enjoy outstanding scientific programming, and connect as people.

Quirky Traditions and Funny Memories (33:39)
There is a group of faculty who are gastrointestinal researchers and have a musical group called GI Distress. They often play at conferences, and it was really fun to see them perform at the recent FASEB meeting that Michele helped organize. They also had a night of open mic where any of the conference attendees could step up and sing a song. Michele had a great time performing Dolly Parton’s “Jolene”, and it was wonderful to see other senior researchers participating as well. Even accomplished scientists know how to have fun and don’t take themselves too seriously.

Advice For Us All (38:20)
Be kind to yourself. Treat yourself how you treat your family and friends: with compassion, grace, and love. You can be a better person to others when you are kind to yourself. Also, be flexible and open-minded to taking different paths in your life and science. Don’t worry about living up to the expectations of others. Don’t be afraid to take risks, and put yourself out there.

Guest Bio
Michele’s research mainly focuses on understanding basic principles of developmental biology and applying what is learned to diseases of the gastrointestinal (GI) tract, including GI cancers. What she finds most rewarding about her role in academic science is training and mentoring the next generation of scientists. Michele’s motivation to mentor is fueled by her personal experiences. Effective and invested mentors were instrumental in her development–an inspiring high school biology teacher, a dedicated undergraduate research mentor, a gifted graduate school mentor who grew her confidence, and a generous postdoctoral mentor who empowered her to develop and launch her lab’s research program. Paying it forward to the next generation of scientific and medical leaders is an imperative for Michele. Outside of the lab, Michele spends her time with her family and friends in Milwaukee, WI, enjoying the beauty of Lake Michigan and rooting for the Milwaukee Bucks!