Listen to the Episode Below (00:38:43)
Play / pause
1x
1.5x
2x
0:00
0:00
00:38:43
volume
iTunesGoogle PlayShare Leave a ReviewClammr ItListen in a New WindowDownloadSoundCloudStitcherSubscribe on AndroidSubscribe via RSS
Sign up to receive bonus content about our guests and sneak peeks for a guest from the next week’s interviews! 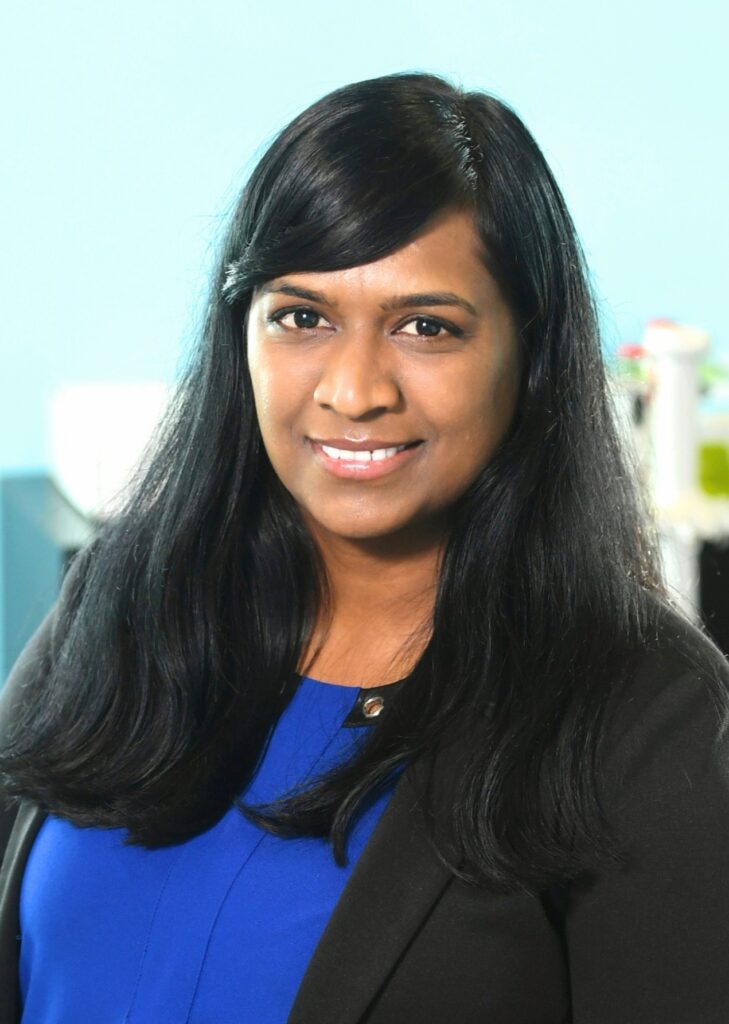 Dr. Mita Dasog is an Associate Professor and the Izaak Walton Killam Memorial Research Chair in the Department of Chemistry at Dalhousie University in Canada. She received her BSc in chemistry from the University of Saskatchewan and her PhD in chemistry from the University of Alberta. Next, she worked at the Technical University of Munich in Germany for about half a year as a Green Talents Visiting Scholar. Afterwards, Mita was awarded a Natural Sciences and Engineering Research Council of Canada postdoctoral fellowship to conduct research at California Institute of Technology. Mita has been recognized with numerous awards and honors including the Nova Scotia Discovery Centre Emerging Professional Award and the President’s Emerging Investigator Research Excellence Award. She is also an elected Member of the College of the Royal Society of Canada and a Member of the Global Young Academy. In our interview, Mita shares more about her life and science.

Life Outside of Science (2:22)
When she’s not doing science, you can often find Mita listening to CoComelon with her kid, reading a great mystery novel, painting, or cooking delicious Indian, Thai, Chinese, or Mexican cuisine.

The Scientific Side (4:08)
Mita’s lab conducts basic research to examine how different nanomaterials form, what dictates their size and shape, and how these features influence their properties. They also do applied research developing nanomaterials to address major global challenges such as energy production, fuel production, and desalination to help with the water crisis.

A Dose of Motivation (5:22)
“You don’t need to be perfect to inspire others. Let people get inspired by how you deal with your imperfections.” – unknown

What Got You Hooked on Science? (6:26)
Since her father was a scientist and professor, Mita was exposed to science and lab life from an early age. Though she visited her father’s lab often during her childhood, Mita didn’t fully understand what science or research really were. She thought science was a series of facts that had already been figured out and that scientists just focused on applying what was already known. During middle school, Mita had a great science teacher who piqued her interest in biology. Around the same time, she had an opportunity to travel with her dad to do field work for a project she found fascinating. They were trying to engineer crops that could grow in salt water because there wasn’t enough fresh water for farmers to grow their crops. By tagging along to meetings with farmers and others in the local communities, Mita realized that there were still a lot of unanswered questions that scientists were working to solve. Afterwards, Mita’s interest in science grew, she participated in science camps during the summers, and she decided to go to college to pursue biotechnology. However, Mita was introduced to nanomaterials while working in a chemistry lab in college one summer, and this completely changed her career plans. Since then, Mita has been excited to pursue research questions related to nanomaterials.

The Low Points: Failures and Challenges (23:04)
The pandemic has been a big challenge for many scientists, including Mita and her lab members. Over the past few years, they have been feeling the cumulative impacts of the lab facilities shutting down for a period of time and being unable to complete the work they wanted to do. While the world is starting to open up again, they are still struggling with equipment repairs and maintenance because it is difficult to schedule technicians and find parts due to ongoing supply chain issues. All of these issues, as well as personal struggles, take a toll. Many people are burnt out and just trying to keep their heads above water. We’ve experienced and learned a lot, and it will be interesting to see how we incorporate these experiences and new knowledge into our lives and work.

A Shining Success! (26:08)
While Mita enjoys celebrating new grants, papers, and projects, seeing her students succeed is what brings her the most happiness right now. They recently finished a busy conference season, and it was thrilling to see her students winning awards, getting recognition, and sharing their work with the scientific community. Their resilience after facing a tough few years has been inspiring. Mita’s lab is a very supportive environment, and they like to celebrate successes by bringing in homemade treats, going out to lunch, and doing other fun activities together.

Most Treasured Travel (28:41)
Mita had a chance to live and work in Munich, Germany for several months as a Green Talents Visiting Scholar after finishing her PhD. It was amazing to experience a different culture, explore a new city, sample the food, and meet outstanding scientists. Some of Mita’s favorite things to do in Munich were picnicking in the parks, watching soccer games on big screens outside, visiting beer gardens, and trying out their surfing simulations.

Quirky Traditions and Funny Memories (31:34)
In her graduate school lab, Mita and her peers worked together to pull off some major light-hearted pranks on their PhD supervisor. These included filling his office with balloons and wrapping every surface in his office in aluminum foil. Fortunately, their supervisor had a great sense of humor. Mita’s current lab is also a fun and creative environment where they make humorous photoshopped holiday cards each year, sneak her face into unexpected places in presentations, and have occasional rap battles.

Advice For Us All (35:27)
Stay curious. Curiosity is what drives science, and it is key to scientific discovery. Also, remember that science is a team effort and you don’t have to go through it alone. In addition, science literacy in our society is important. Every person should be thinking critically and questioning things. We should all be using the fundamentals we have learned to make educated decisions about products and policies.

Guest Bio
Mita’s research group focuses on developing nanomaterials for clean energy and fuel production, desalination, and environmental remediation. They are also interested in understanding the principles dictating the formation of the nanomaterials being made in the lab and how their properties influence the functionality. As a materials’ scientist she works at the intersection of chemistry, physics, and engineering. Outside of work, Mita spends her time watching CoComelon videos with her daughter, reading murder mystery novels, painting, and cooking. Her two cats, Higgs and Quark demand quite a bit of her attention as well.