Listen to the Episode Below (00:37:26)
Play / pause
1x
1.5x
2x
0:00
0:00
00:37:26
volume
iTunesGoogle PlayShare Leave a ReviewClammr ItListen in a New WindowDownloadSoundCloudStitcherSubscribe on AndroidSubscribe via RSS
Sign up to receive bonus content about our guests and sneak peeks for a guest from the next week’s interviews! 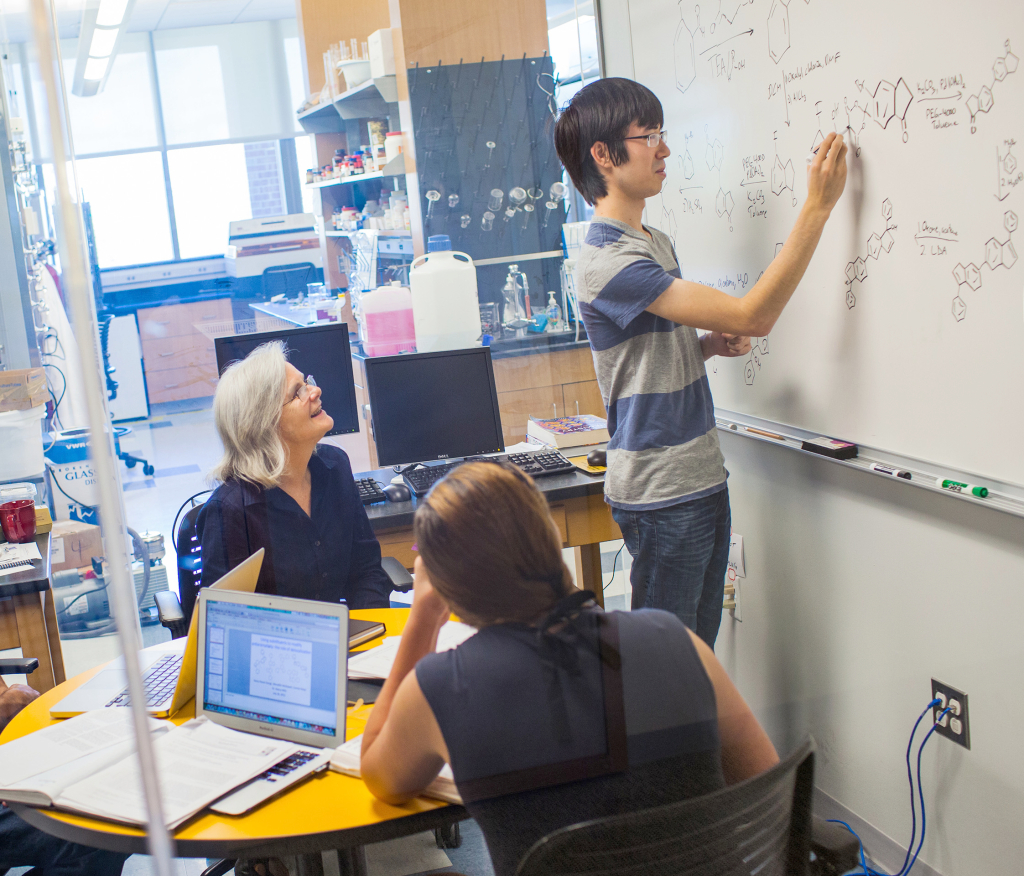 Dr. Nancy Mills was a Murchison Professor (2011-2014) at Trinity University. She received her PhD in Chemistry from the University of Arizona and she spent a few years teaching at Carleton College in Minnesota before joining the faculty at Trinity. Nancy has received many awards and honors during her career, including selection as a Council on Undergraduate Research Fellow, the Distinguished Achievement Award in Scholarship from Trinity University, the American Chemical Society Award for Research at an Undergraduate Institution, and the Piper Professor state-wide teaching award. She has also been elected as a Fellow of the American Chemical Society, a Fellow of the American Association for the Advancement of Science, and a Z. T. Scott Faculty Fellow at Trinity in recognition of outstanding teaching. Nancy is with us today to tell us all about her journey through life and science.