Listen to the Episode Below (00:44:12)
Play / pause
1x
1.5x
2x
0:00
0:00
00:44:12
volume
iTunesGoogle PlayShare Leave a ReviewClammr ItListen in a New WindowDownloadSoundCloudStitcherSubscribe on AndroidSubscribe via RSS
Sign up to receive bonus content about our guests and sneak peeks for a guest from the next week’s interviews! 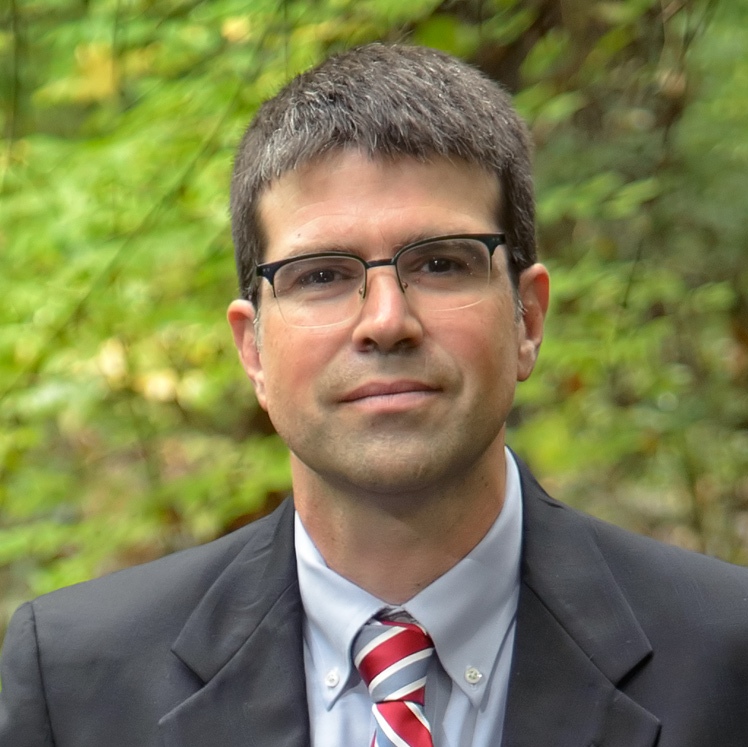 Dr. Nicholas Oberlies is the Patricia A. Sullivan Distinguished Professor of Chemistry in the Department of Chemistry and Biochemistry at the University of North Carolina at Greensboro (UNCG). Nick was awarded his B.S. in Chemistry from Miami University (of Ohio) and his Ph.D. in Medicinal Chemistry and Pharmacognosy from Purdue University. Afterwards, he completed a postdoctoral fellowship at American Cyanamid. He then joined the Natural Products Laboratory at Research Triangle Institute, rising through the ranks to become Director of the Natural Products Laboratory. He joined the faculty at UNCG in 2009. Nick has received various awards and honors throughout his career including the Matt Suffness Young Investigator Award from the American Society of Pharmacognosy, the 40 Under 40 Leadership Award from the Triangle Business Journal, and the North Carolina Distinguished Speaker Award from the NC Section of the American Chemical Society. He was also recently the president of the American Society of Pharmacognosy. In our interview, he shares more about his life and science.

Life Outside of Science (2:40)
Outside of research, Nick’s interests include exercising, playing soccer, and playing guitar. He also enjoys reading a wide variety of books.

The Scientific Side (4:44)
Nick’s lab is working to discover compounds in fungi that may be able to be used for medicines, particularly new therapeutics to treat cancer in humans. Many drugs and drug compounds used today were originally discovered in nature, and there are so many compounds and combinations of compounds that still remain unstudied in terms of their medicinal potential.

What Got You Hooked on Science? (12:03)
When he was young, Nick received a subscription to National Geographic World from his uncle, and he remembers flipping through his parents’ National Geographic magazines as well. Nick was fascinated by the stories of people being the first ever in the world to go somewhere or do something, and he wanted to be an explorer too. As he progressed through high school, Nick did particularly well in chemistry. Living in Indianapolis where the pharmaceutical company Eli Lilly is headquartered, if students were good at chemistry, everyone told them that they should work for Eli Lilly. As a result, Nick went to college planning to work for Eli Lilly after finishing his schooling. When he was looking at graduate schools, Nick specifically applied to schools that he knew Eli Lilly recruited from. Drug discovery and a career in the pharmaceutical industry were his goals. After working in an industry position, Nick realized that it wasn’t the best fit for him, and over the years, he transitioned his career to more academic research pursuits.

The Low Points: Failures and Challenges (22:28)
Nick encounters many challenges in the work that he does, including the constant struggle to get funding for research projects. These experiences have taught him not to give up and not to take no for an answer when it comes to applying for grants. Early in his career, Nick ran into a difficult situation on a collaborative project. The collaboration wasn’t going well, tension was high, and the situation eventually exploded. Ultimately, they were able to patch things up, and it turned out fine in the end, but Nick learned an important lesson. When developing collaborations, it can be easy to make arrangements and do all correspondence digitally, but it is still really important to sit down with prospective collaborators in person and get to know them. Nick knows now that if he’s not able to sit down with a person and talk with them about things other than their science, they are likely not someone he should collaborate with.

A Shining Success! (26:18)
Publications are important in science, and Nick is excited about one of their recent publications in the prominent Journal of Organic Chemistry. Nick hasn’t published many papers in this journal in his career, so it felt good to have their paper accepted. On top of this success, about three weeks after the paper came out, he received an email from the publisher showing the top downloaded papers for their journals, and Nick was thrilled to see that his lab’s paper was among the papers that had the most downloads. Nick and his team celebrated this momentous occasion by going out for a hike and getting ice cream together.

Book Recommendations (3:21)
The Mold in Dr. Florey’s Coat: The Story of the Penicillin Miracle by Eric Lax, Cinder by Marissa Meyer

Most Treasured Travel (28:13)
One of Nick’s most memorable trips for science was to work on a project he established with a researcher in Jordan. For this work, he met with so many people, including representatives at the Ministry of Education, the Ministry of Health, and the Ministry of the Environment to get all the permissions required to collect samples and bring them back to his lab. They were in Jordan for 10 days, and it was exciting to go on field expeditions in the desert to collect samples. While deserts may not be the first place people think of to go to for field work collecting plants and fungi, deserts are home to impressive biodiversity. The project was interesting, the collaboration was fruitful, and it was amazing to connect with people in Jordan who had studied in the U.S., even at Purdue University near his home town in Indiana. Through this collaboration, many students from Jordan have come to Nick’s lab for training, and this has been really rewarding.

Quirky Traditions and Funny Memories (35:42)
The first student who came to work with Nick from Jordan was extremely productive and published many research papers. Her PhD thesis was impressively long, and they decided to weigh it when it was completed. Now that the official weight has been recorded, it has become a friendly competition in Nick’s lab for students to try to make their own thesis outweigh that of this record-setting student.

Advice For Us All (40:37)
Take your science very seriously, but don’t take yourself too seriously. Also, science is really hard. On most days, it doesn’t work. If you choose to do science, you have to do it because you love it. For students interested in science, pick the area of study that you are most interested in, not what people tell you that you should work on or what is new and popular. For parents, don’t think that your child can’t be a scientist if they aren’t doing well in school. Curiosity is what is important.

Guest Bio
Nick is an internationally recognized expert in the chemistry of nature and medicines from natural products. Nick and his colleagues conduct research to isolate and understand the structures of bioactive compounds found in fungi and plants. In one line of research, his team is working to discover new anticancer, antibiotic, antifungal, and antimalarial drug leads from compounds sourced from fungal cultures. They are also applying the tools and skill sets from their drug discovery work to develop reference standards and understand mechanisms of action and interaction of herbal drugs with the goal of making them safer and more consistent for consumers. Nick is an author on more than 220 scientific publications, and he has delivered over 100 invited scientific presentations, both nationally and internationally. Beyond his roles as an academic researcher, Nick is dedicated to training students in chemistry, communication, and scientific entrepreneurship, as well as helping companies analyze and optimize use of natural products for commercial purposes. Outside of science, he enjoys staying active playing soccer and other sports, as well as playing guitar.