Listen to the Episode Below (00:41:39)
Play / pause
1x
1.5x
2x
0:00
0:00
00:41:39
volume
iTunesGoogle PlayShare Leave a ReviewClammr ItListen in a New WindowDownloadSoundCloudStitcherSubscribe on AndroidSubscribe via RSS
Sign up to receive bonus content about our guests and sneak peeks for a guest from the next week’s interviews! 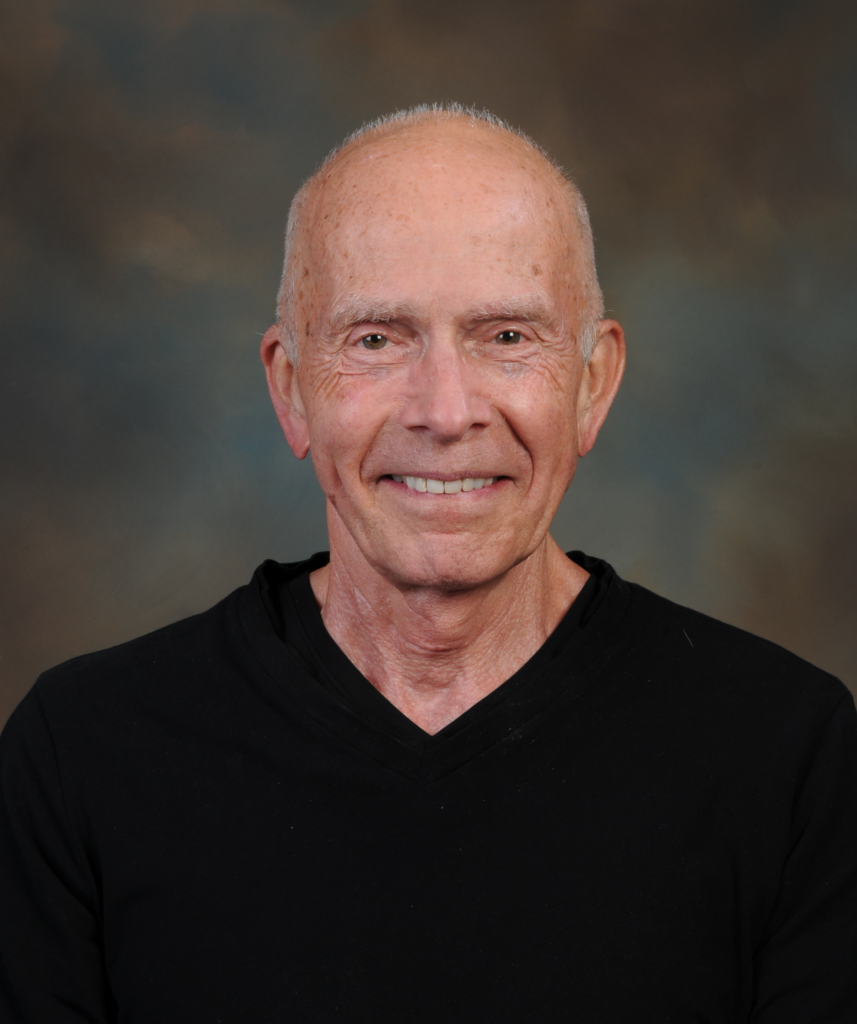 Dr. Paul Schimmel is Professor of Molecular Medicine and of Chemistry at Scripps Research Institute. He also holds an appointment with the Institute for Advanced Study at Hong Kong University of Science and Technology, is the author of a widely used three volume textbook on biophysical chemistry, and is a co-founder or founding director of eleven biotechnology companies that develop new therapies for human diseases and disorders. Paul earned his B.A. in Pre-Medicine from Ohio Wesleyan University and his Ph.D. in biochemistry and biophysics at MIT. He did a short postdoc at Stanford before joining the faculty at MIT. Paul served on the faculty at MIT for 30 years, and prior to coming to Scripps, he was the John D. and Catherine T. MacArthur Professor of Biochemistry and Biophysics in the Department of Biology there. Throughout his career, he has received numerous awards and honors, including being named an elected Member of the American Academy of Arts and Sciences, the National Academy of Sciences, the American Philosophical Society, the Institute of Medicine of the National Academy of Medicine, and the National Academy of Inventors. In addition, Paul received the American Chemical Society’s 2020 Kathryn C. Hach Award for Entrepreneurial Success, the 2020 Scientist of the Year Award from the San Diego Chapter of the Achievement Rewards for College Scientists (ARCS) Foundation, the Harvard University Frank Westheimer Medal, the American Chemical Society’s Pfizer Award in Enzyme Chemistry, the Biophysical Society’s Emily M. Gray Award for Significant Contributions to Education in Biophysics, the Chinese Biopharmaceutical Association Brilliant Achievement Award, the Stein and Moore Award of the Protein Society, and an Honorary Doctor of Science Degree from Ohio Wesleyan University and the Kellogg School of Science and Technology at Scripps Research. In our interview, Paul shares insights from his life and science.

Life Outside of Science (3:37)
When he’s not hard at work, Paul loves getting out on the water on his powerboat. For over two decades, he and his wife Cleo have enjoyed exploring the islands and coasts of the Pacific Northwest. They’ve met many fantastic people, sampled great food, and reveled in the beautiful scenery.

The Scientific Side (6:25)
Though Paul began his studies intent on becoming a medical doctor, he became fascinated by the fields of biophysics and biophysical chemistry along the way. His research answers fundamental questions about the origin of life and the genetic code. In his work with a variety of biotech companies, Paul is also translating his laboratory research to create new medicines that leverage key processes, mechanisms, and molecules employed naturally by our bodies.

What Got You Hooked on Science? (13:14, 16:39)
Paul spent much of his childhood out on the streets. He grew up in gritty neighborhoods near New York City, and he really wasn’t invested in reading or schoolwork. In high school, the guidance counselor told Paul’s mother that he just wasn’t college material. Things began to change for Paul when he started getting interested in solving problems in his high school math class. He had a great teacher who believed that he was good at math before Paul realized it himself. Deciding that a change of environment would be best, Paul’s mother sent him off to college at a small school in the middle of Ohio. At first he hated it and wasn’t doing well in his classes, but eventually Paul met a physics teacher who encouraged him and fostered his interests. It got to the point where Paul couldn’t stop thinking about physics problems throughout his day. Based on his father’s long-standing wish that he become a doctor, Paul majored in pre-medicine and went off to medical school after graduation. While in medical school, Paul became fascinated by the emerging fields of biophysics and biophysical chemistry. He spent hours pouring over research papers at the library and writing letters to authors to request reprints. It was a difficult decision, but Paul dropped out of medical school and enrolled in a graduate program to pursue science instead.

The Low Points: Failures and Challenges (21:57)
Many of the most valuable lessons Paul has learned about life happened outside of the classroom. He spent his childhood living in places where people were relatively poor, there were issues with crime, and the schools were under-resourced and oversaturated with students. Paul spent most evenings out with his friends, and he’ll never forget one evening when he had a terrible toothache. The pain became so intense, that he finally told one of the older boys that he was going home. That boy told Paul that if he couldn’t endure the pain and keep going, he didn’t belong out there in the first place. Paul thought about this, and he stayed out. On another occasion, Paul got in a fight and returned home injured and bleeding. His mother helped clean him up and made sure that he was okay, then she sent him back out into the night. These experiences taught Paul that he could be resilient, and they instilled in him the idea that he had an unwavering support network in his family. Learning these things early in life has helped Paul overcome so many hurdles in the various endeavors he has pursued.

A Shining Success! (25:26)
When Paul was in college, MIT was featured in cover stories by Time Magazine and Newsweek. The articles described how the students and faculty at MIT were incredibly intelligent, intense, and passionate. Paul wanted to be there, but he knew there was no point in applying because his grades weren’t great, and there was no way he would be admitted. Later as a medical student, Paul’s academic performance improved, and he learned that MIT had a well-regarded life science graduate program. On a cold winter day, Paul ventured over to MIT and met with the head of biochemistry. During the meeting, Paul announced that he would drop out of medical school right away if they let him enroll in the graduate program partway through the year. After some deliberation and phone calls, Paul was invited to enroll. The first time he walked up the long staircase and stepped through the main entrance of this storied institution, Paul was in awe. There was an overwhelming sense of purpose emanating from everyone who sped past him, and there were signs of science and engineering everywhere. He had achieved what he thought was an impossible dream. The dream became even more rewarding when Paul returned to MIT as a faculty member after his postdoctoral training.

Most Treasured Travel (38:43)
Paul has been to Hong Kong more than thirty times, and he loves the energy there. He has a lab at the Hong Kong University of Science and Technology and enjoys working with collaborators on stimulating research projects. If you have a chance to visit Hong Kong, Paul recommends immersing yourself in the rich history, exquisite architecture, delicious food, and lively markets.

Quirky Traditions and Funny Memories (40:03)
People often have the perception that scientists have all the answers, but despite being experts in their fields, scientists make mistakes just like everyone else. There was one occasion when Paul got into an argument with one of the postdocs in his lab because Paul believed the observation the postdoc reported was incorrect. Paul asked the postdoc to revisit his findings and gave some additional instructions. A week or two later, after completing all of the additional steps that were requested, the postdoc arrived at the same conclusion. At that moment, Paul realized that the postdoc was right, and they had made a major discovery. Paul was so excited, but he also felt sheepish for having doubted the findings initially.

Guest Bio
Paul is the author or coauthor of over 500 scientific research publications, as well as coauthor of a widely used 3-volume textbook on biophysical chemistry. His research interests have focused on aminoacyl tRNA synthetases as fundamental interpreters of the genetic information. Through career-long investigations of this ancient and universal set of essential enzymes, his laboratory has worked on a universal mechanism for correcting errors in the interpretation of genetic information, and went on to show how this mechanism is essential for maintaining cellular homeostasis and for preventing serious pathologies and disease. His laboratory also discovered what others have referred to as a primordial, or ‘second’, genetic code that eventually was incorporated into the modern code. In a separate line of research published back in 1983, Schimmel developed the concept of what are now known as ESTs (expressed sequence tags) and the strategy of shotgun sequencing, approaches that several years later were adopted for the human genome project. Nature magazine listed Schimmel’s work on the development of ESTs as one of the four key developments that launched the human genome project (Nature volume 409, p. 862 (2001)). Lastly, his laboratory established connections of synthetases to disease and, most recently, they reported the structural and functional metamorphosis of these proteins, whereby they are repurposed with novel activities, both inside and outside the cell, in a variety of cell signaling pathways. This knowledge is now being applied in clinical trials to treat a major lung disorder.