Listen to the Episode Below (00:44:30)
Play / pause
1x
1.5x
2x
0:00
0:00
00:44:30
volume
iTunesGoogle PlayShare Leave a ReviewClammr ItListen in a New WindowDownloadSoundCloudStitcherSubscribe on AndroidSubscribe via RSS
Sign up to receive bonus content about our guests and sneak peeks for a guest from the next week’s interviews! 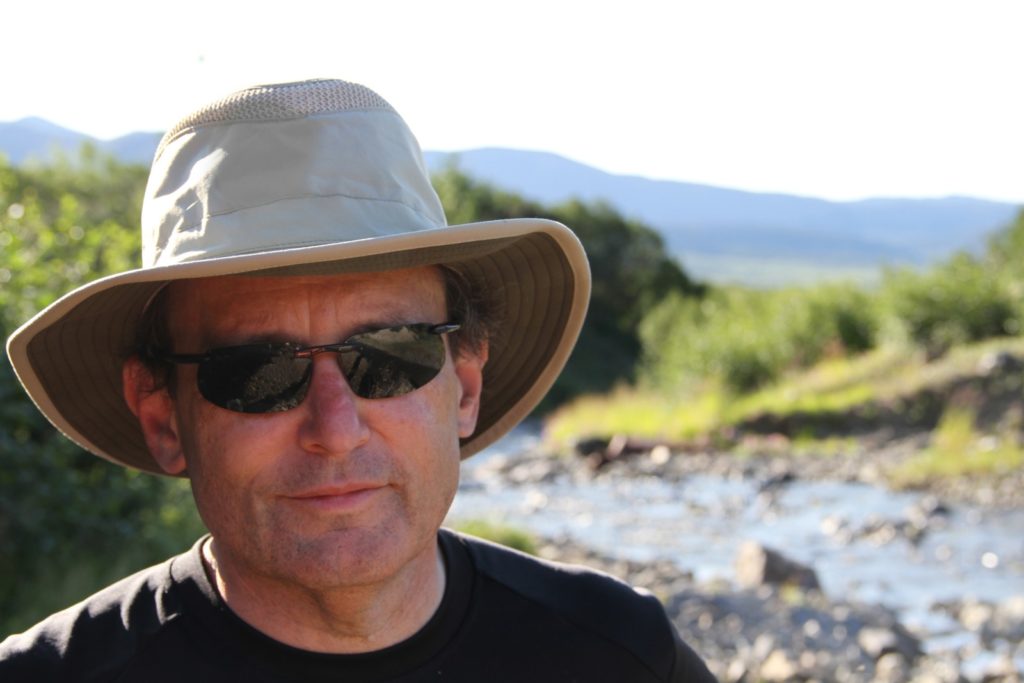 Dr. Paul Steinhardt is the Albert Einstein Professor in Science, Professor in the Department of Physics, Professor in the Department of Astrophysical Sciences, and Director of the Princeton Center for Theoretical Sciences at Princeton University. In addition, Paul is author of the popular science book Endless Universe: Beyond the Big Bang and the recently released book The Second Kind of Impossible: The Extraordinary Quest for a New Form of Matter. Paul received his B.S. in physics from the California Institute of Technology (Caltech) and his M.A. and Ph.D. degrees in physics from Harvard University. Afterwards, Paul was a Junior Fellow in the Harvard Society of Fellows. He served on the faculty at the University of Pennsylvania for about 17 years before joining the faculty at Princeton University. Paul has been recognized for his exceptional research as one of the recipients of the 2002 Dirac Medal from the International Centre for theoretical Physics, a recipient of the Oliver E. Buckley Prize of the American Physical Society, a recipient of the John Scott Award, and one of the recipients of the 2018 Aspen Italia Prize. He is a Fellow of the American Physical Society and a Member of the National Academy of Sciences. Paul was also named a Sloan Fellow, a Guggenheim Fellow, the Simons Fellow in Theoretical Physics, a Radcliffe Institute Fellow at Harvard University, a Moore Fellow at Caltech, and a Caltech Distinguished Alumnus. In our interview Paul shared more about his life and science.

Life Outside of Science (2:54)
In his free time, Paul enjoys hanging out with his four kids and his grandchild. Lately, he has also become fond of attending opera performances and hiking.

The Scientific Side (4:08)
Paul is a theoretical physicist whose areas of study range from the nature of particles to the origins of the universe. He uses the known laws of nature to unravel some of the many secrets of nature that remain. His goal is to understand why things are the way they are and to discover connections between seemingly unrelated phenomena.

What Got You Hooked on Science? (10:29)
The first books Paul remembers reading were about scientists. His dad used to tell him wonderful bedtime stories about scientists struggling to prove something even though other people thought their ideas were crazy. In the end, the scientists always had an amazing moment of discovery where they realized they were right. These stories made Paul want to become a scientist himself. One of his favorite childhood books had chapters on different areas of science, and he used to carry this book around with him and re-read it over and over. Paul found each area of science fascinating, and he wanted to do it all. He went from his little home laboratory as a kid to working in labs and taking courses at a local university in high school. Going into college at CalTech, Paul had a strong math background and was interested in biology. He didn’t know much about physics, but he quickly realized that there was a lot of interesting physics going on at CalTech. His introduction to physics course was based on Feynman lectures, and it really resonated with him. He had always dreamed of becoming a professor, doing research, and having that exciting moment of discovering something new, and Paul decided that he would focus his studies on physics.

The Low Points: Failures and Challenges (19:46)
Paul has been working for the past 20 years on quasicrystals. Unlike regular crystals, quasicrystals are formed through orderly arrangement of atoms and molecules that do not have regular repeating patterns. Over two decades ago, Paul and his colleagues theorized that these structures may exist. Around the same time, another researcher created a quasicrystal in the laboratory. From that point, Paul began a quest to determine whether quasicrystals could only be made in the lab or if they could also be found in nature. Many people studying quasicrystals were very skeptical about the possibility of these structures occurring naturally. This search for quasicrystals brought Paul out of his office and around the world on a detective mission full of challenges. Finding quasicrystals wasn’t easy because you can’t identify them by sight. Their search ended in a remote area in northeast Russia where they had to dig into the clay layer along a stream, pan the clay (like panning for gold), isolate samples that looked promising, bring them back to the lab, and look at them grain by grain. They ultimately found about 10 grains from a meteorite that contained quasicrystal. However, their expedition in Russia was Paul’s first time camping, and the trip had a rocky start. After a full day of driving in strange vehicles across the Russian Tundra, they arrived at a remote stream in the mountains. The second vehicle in their caravan, which included Paul’s son, was nowhere to be seen, and their team was immediately swarmed by tiny mosquitoes. This was a major crisis, and Paul began to wonder if he had made a huge mistake. Fortunately, a colleague came equipped with mosquito net hats, and the second half of their team arrived not long afterwards.

Book Recommendations (29:36)
Endless Universe: Beyond the Big Bang by Paul Steinhardt and Neil Turok, The Second Kind of Impossible: The Extraordinary Quest for a New Form of Matter by Paul Steinhardt, and Master of the Senate: The Years of Lyndon Johnson by Robert Caro.

Most Treasured Travel (31:16)
The quasicrystal expedition in the tundra of the Kamchatka Peninsula of Russia was one of Paul’s most memorable travel experiences. With all of the challenges they faced, he had an incredible feeling of relief at the end of the trip when everyone made it back unharmed. Kamchatka was an otherworldly destination that felt like a different planet. There were unusual rock formations, and even the clouds looked different. This was also Paul’s first trip to Russia, and he was there for about two weeks. It was definitely a departure from his usual daily activities sitting in his lab or office at the university.

Quirky Traditions and Funny Memories (33:59)
In his office, Paul has a large box of Penrose tiles. These are essentially tiling analogs of the quasicrystals that Paul studies. The tiles have two different types, and they fit together in a way which does not allow for regular patterning. When students or visitors come to his office, they inevitably begin playing with the tiles and trying to fit them together. This is surprisingly hard to do. It is like an infinite puzzle that never exactly repeats, and it’s easy to make a mistake. It’s fun to watch the tiling grow and shrink as different people who visit continue to build it, take it apart, and rebuild it over time.

Advice For Us All (40:44)
It can be easy to fool yourself, but it is important not to allow yourself to be fooled. You need to question and criticize your own ideas or surround yourself with others who can help evaluate your ideas. Also, you shouldn’t blindly accept it if someone tells you something is impossible. You should investigate yourself and find out what assumptions have been made to come to the determination that it is impossible. In doing so, you’ll either learn something new about why it is actually impossible, or you will discover an interesting loophole that will show you why it might be possible.

Guest Bio
Paul’s research spans particle physics, astrophysics, cosmology, condensed matter physics, and geoscience. He is well known as one of the original architects of the inflationary model of the universe, having constructed the first viable models and having shown how inflation can generate nearly scale-invariant density variations (recently confirmed by observation). Paul was also the first to show that quantum fluctuations make inflation eternal, which ultimately leads to a multiverse. Concerned that the multiverse effect and the sensitivity to initial conditions destroy the predictability and other attractive features of inflation, Paul later co-developed the “cyclic model” of the universe, which is now considered the leading rival cosmology. The cyclic picture is based on replacing the big bang with a big bounce, a smooth transition from a prior contracting phase to the current expanding phase, and having bounces repeat at regular intervals about every trillion years. Paul is also known for his work on dark energy and dark matter, including theories of “quintessence” and self-interacting dark matter (SIDM). In 1983, Paul invented the theoretical concept of quasicrystals with his student Dov Levine, and he has subsequently worked to illuminate many of their unique physical and mathematical properties. In 2009, Paul organized a team that discovered the first natural quasicrystal in a museum sample in Florence, and he then established its origin through a geological expedition to the Kamchatka Peninsula in 2011. Paul is also co-inventor of the first three-dimensional icosahedral photonic quasicrystal, along with a new class of photonic materials called hyperuniform disordered solids (HUDS).