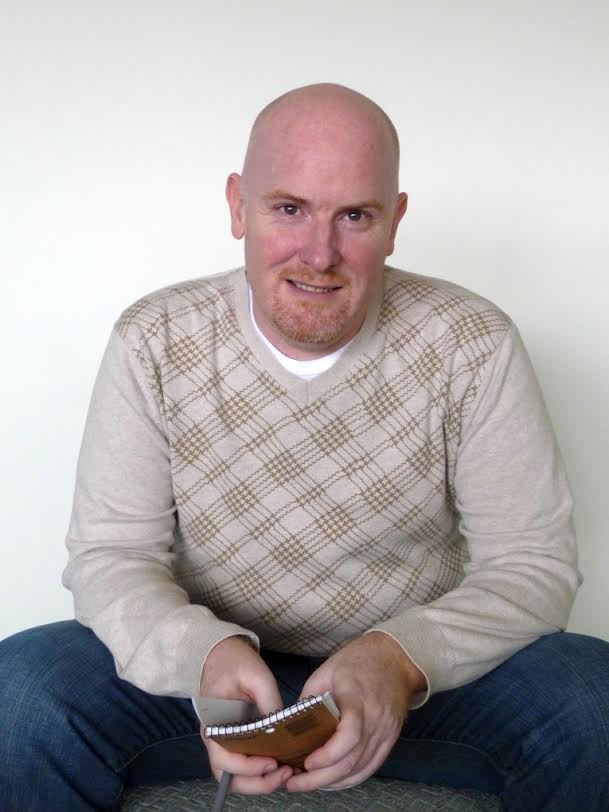 Dr. Paul Vasey is a Professor of Psychology and Director of the Laboratory of Comparative Sexuality at the University of Lethbridge. He received his PhD from the University of Montreal in Anthropology. He did postdoctoral fellowships at Concordia University and York University before joining the Faculty at Lethbridge. Paul’s work has been the subject of various documentaries on television (National Geographic’s Ultimate Explorer, Discovery Channel, The Nature of Things) and the radio (U.S National Public Radio, Canadian Broadcasting Corporation, Radio Netherlands).  This work has been reported on in hundreds of newspapers and magazines such as the New York Times, The Economist, and Oprah Magazine. Paul is here with us today to tell us all about his journey through life and science.

Life Outside of Science
In his free time, Paul enjoys cooking, eating fantastic food, having dinner parties, and having people over to his house. He is also a fan of watching old movies, particularly those from the 1940s and 1950s.

The Scientific Side
As a university professor, Paul balances the usual responsibilities of teaching, administrative duties, analyzing data, and writing papers, but his work also involves going out in the field. He spends months away in different parts of the world, including places like Japan and Samoa, collecting data on sexuality in primates and humans.

A Dose of Motivation
Work hard, play hard, and remember it’s important to rest sometimes too.

What Got You Hooked on Science?
When he was a kid, he was really interested in animals and was captivated by scientific documentaries, particularly one documentary he saw on evolution in the Galapagos Islands. As an undergraduate, he was sold on research after working with a faculty member on a long-term field project in Costa Rica looking at behavior in capuchin monkeys.

The Low Points: Failures and Challenges
Paul shared some very powerful stories of struggle and sacrifice for science. As a graduate student he lived in a storage closet of a remote primate housing facility when he was forced to choose between continuing his research and paying rent. He also went through trying times as a postdoc when a fantastic opportunity for a field project in Madagascar went poorly. At that point, he wasn’t sure he was going to make it in science.

A Shining Success!
His research group recently published a paper where they demonstrated the presence of sexual cultures or traditions in Japanese macaques. This was a question he had been asking about 10 years ago, and he was just now able to get the answer!

Book Recommendations
The Trashing of Margaret Mead: Anatomy of an Anthropological Controversy by Paul Shankman,

Most Treasured Travel
Paul’s favorite conference trip of all time was to Helsinki in Finland. While there, he was able to spend some time with his former postdoctoral supervisor Jim Faust and other colleagues. They had great conversations, great meals, and went out dancing together. He had so much fun on the trip that he didn’t want to come back, so he actually extended his stay by another week!

Quirky Traditions and Funny Memories
Currently in Paul’s lab, they have a movie night tradition. His group knew about his affinity for old films, but when a few graduate students were taking care of his house while Paul was traveling, they ended up finally watching one of these old movies. They loved it! This was how the tradition of old movie nights began in the lab.

Advice For Us All
You have to be comfortable with delayed gratification if you want to go into a career in science and research.

Guest Bio
Paul conducts cross-species and cross-cultural research to answer the question: If reproduction is the engine that drives evolution, why engage in non-conceptive sex? For the past decade he has done research on the development and evolution of female homosexual behavior in free-ranging Japanese monkeys at various sites in Japan. He also studies the development and evolution male same-sex sexual attraction in humans at fieldsites in Samoa, Japan and Canada. Since 2003, he has worked in Samoa with members of the fa’afafine community—biological males who live “in the manner of a woman.” Paul’s research has been funded by all three Canadian federal funding agencies (NSERC, SSHRC, CIHR) and by a variety of private funding agencies such as the American Institute of Bisexuality and the LSB Leakey Foundation. He is the author of over 100 peer-reviewed articles on sexuality and gender and co-editor of the books, Animal Homosexuality: An Evolutionary Perspective (2006) and The Monkeys of Stormy Mountain: 60 Years of Primatological Research on the Monkeys of Arashiyama (2012).