Listen to the Episode Below (00:44:04)
Play / pause
1x
1.5x
2x
0:00
0:00
00:44:04
volume
iTunesGoogle PlayShare Leave a ReviewClammr ItListen in a New WindowDownloadSoundCloudStitcherSubscribe on AndroidSubscribe via RSS
Sign up to receive bonus content about our guests and sneak peeks for a guest from the next week’s interviews! 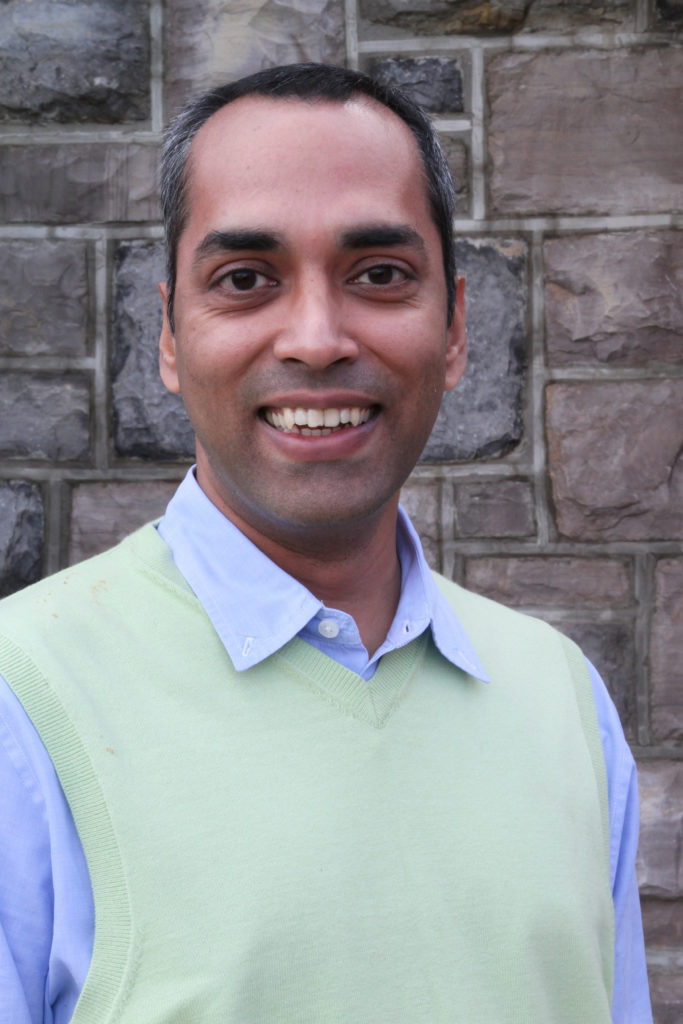 Dr. Samarth Swarup is a Research Associate Professor working in the Network Dynamics and Simulation Science Laboratory at the Biocomplexity Institute of Virginia Tech. He received his Bachelors of Engineering degree in Computer Engineering from the University of Bombay and his Ph.D. in Computer Science from the University of Illinois at Urbana-Champaign. Afterwards, Samarth conducted postdoctoral research at the University of Illinois at Urbana-Champaign before joining the faculty at Virginia Tech. Samarth was part of a team from Virginia Tech that won first prize in the National Institute of Environmental Health Sciences’ Climate Change and Environmental Exposures Challenge for the Populations, Infrastructures, and Exposures Visualization tool they built. In our interview, Samarth told us more about his life and science.

Life Outside of Science (2:35)
In his free time, Samarth enjoys reading, watching professional basketball, and spending time with his wife and daughter. Lately, he and his daughter have been having fun learning how to play chess together.

The Scientific Side (6:42)
In the lab, Samarth studies human behavior by making computer models of people moving and interacting. These are called social simulations, and they can be used to forecast outcomes and mitigate risks in a wide variety of applications from epidemic outbreaks to disaster scenarios.

A Dose of Motivation (15:22)
Nothing you learn is wasted.

What Got You Hooked on Science? (17:43)
Samarth’s father worked as a physicist and chemist at a national lab where they lived in Mumbai, India. Growing up in this intellectual environment, it was natural for him to pursue a technical field. Samarth also read a lot of science fiction as a kid, and these stories also fueled his excitement for science. Over the course of his early career, he explored a variety of different scientific fields including computational neuroscience, machine learning, language evolution, and others before beginning his work in social simulations at Virginia Tech.

The Low Points: Failures and Challenges (21:34)
Though Samarth hasn’t had a major failure in his career, small failures and challenges are a normal part of his everyday life as a scientist. In particular, he keeps a list of research projects that have been suspended or abandoned for various reasons, and this list is far longer than his completed and ongoing projects. One of these suspended projects was investigating smoking behavior, and Samarth thought there were a lot of opportunities to develop interesting computational models in this area. However, after investing a lot of time working on it, he had to put the project on hold.

A Shining Success! (25:30)
In one project, Samarth collaborated with a colleague to examine the spread of incarceration through a social network as though it were an epidemic. They used historical data from the 1970s of the discrepancies in the incarceration rates of black versus white populations in the U.S., and they tried to determine whether differences in the average length of sentences could explain the rapidly increasing rate of incarceration of black populations over time. They found a paper with the exact data they needed for their computer model, plugged in the numbers, and were stunned when they saw the current incarceration rates perfectly reflected in their model based on historical data. To validate their work, they also investigated whether their model could predict rates of likelihood of reincarcerated, and again their model worked. They were able to write up a great paper, and in subsequent work, they began to explore what can be done to fix this disparity. Unfortunately they discovered that even if the sentence lengths across populations were made identical going forward, it would still not be enough to bring the incarceration rates into parity.

Book Recommendations (3:16)
The Origin of Consciousness in the Breakdown of the Bicameral Mind by Julian Jaynes

Most Treasured Travel (31:54)
Towards the end of graduate school, Samarth’s advisor took him and another student to Erice in Sicily to attend a small conference. Erice is a beautiful old town full of remarkable old churches, rolling hills, and breathtaking views of the bay. The conference was phenomenal, and it brought together linguists, computer scientists, physicists, and psychologists to discuss the evolution of language and language emergence. Walking through Erice was very memorable, and the seafood there was exceptional.

Quirky Traditions and Funny Memories (34:28)
Every year, their research group has a fantastic time competing with each other in their lab Olympics. They divide up into teams, and over the course of about six weeks, the teams compete in “Minute To Win It” style party games. Everyone gets really into the events, and the winning teams receive medals at the end to celebrate their victories.

Advice For Us All (41:33)
Work on what’s important. Remember that your life and your research career are short, so do what is most interesting and most important first. Also, make time for reading, and read a lot!

Guest Bio
Samarth’s work is focused on building very detailed simulation models of populations in domains like epidemiology, urban planning, and sociology, with an emphasis on understanding the role of human behavior in population-scale outcomes. Simulations use theories of human behavior to put data into motion, allowing him to think about questions of practical interest, such as how to mitigate an epidemic, how to respond during a disaster, or how to address big societal questions like planning for climate change. When not thinking about making models of people, he likes to read stories about people, especially science fiction and fantasy. He lives in Blacksburg, VA, with his wife and daughter (whom he had to promise not to use as a research subject, mostly).