Listen to the Episode Below (00:44:42)
Play / pause
1x
1.5x
2x
0:00
0:00
00:44:42
volume
iTunesGoogle PlayShare Leave a ReviewClammr ItListen in a New WindowDownloadSoundCloudStitcherSubscribe on AndroidSubscribe via RSS
Sign up to receive bonus content about our guests and sneak peeks for a guest from the next week’s interviews! 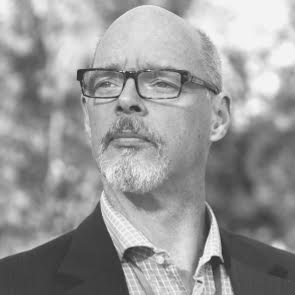 Life Outside of Science (2:00)
Much of Seán’s time outside the lab is spent with his family, including his wife, eight year old son, and his twin brother who lives nearby. Seán can also be found frequenting clubs to hear bands play punk and power pop music live. He and his family love to travel, and they are looking forward to Sean’s upcoming sabbatical in Sweden.

The Scientific Side (03:39)
Seán’s lab makes very thin films of things. Using a reactive gas, they blow a material into a reactor to form thin films using a process called atomic layer deposition. This process allows them to apply atom-thin layers of material on top of each other. Seán creates thin films with metals, and these thin films have important applications in microelectronics, solar cell technology, batteries, and new energy.

A Dose of Motivation (05:45)
“Do what thou wilt shall be the whole of the Law.” – Aleister Crowley

What Got You Hooked on Science? (06:39)
In high school, Seán had a phenomenal chemistry teacher Mrs. Jacobs who was really passionate about chemistry and incorporated fun experiments in class. After finishing their end-of-semester exam, they each got to make their own ice cream. They used snow from outside, and the whole class got really into it. Seán’s ice cream didn’t turn out well, but from that point on, he never deviated from the path of pursuing a career in chemistry.

The Low Points: Failures and Challenges (21:25)
Seán launched a start-up company called Precision Molecular Design with the goal of commercializing work from his lab so that people and companies could use it. Having a start-up company was a really difficult experience, and Seán quickly realized that this wasn’t what he wanted to do. It was incredibly hard to watch the company slowly crumble over the course of about a year, but in the end he was glad to return fully to academic science and focus his talents there.

A Shining Success! (23:26)
Recently, Seán and one of his students discovered a method of depositing gold metal through atomic layer deposition (ALD). ALD had been done using various other metals, but it had never been successfully done with gold before. Seán and his students were planning to attend a conference in Portland, and they had to submit their abstracts a few months beforehand. His student submitted an abstract saying they had worked out how to perform ALD with gold and was invited to give a talk. At that point, they actually hadn’t figured out how to do it, but this student solved the mystery just in time for the conference. This exciting discovery was three years in the making, and they just published the results last December.

Most Treasured Travel (30:56)
One of Seán’s favorite travel destination is Helsinki. He has been there now many times, but the first time he went, Seán was completely blown away by the city’s beauty. Helsinki has great music, excellent food, and wonderful people. In particular, Seán remembers going to a restaurant called Garlic where everything on the menu contained garlic. While he wasn’t a fan of the garlic beer, the garlic ice cream was surprisingly delicious.

Quirky Traditions and Funny Memories (35:01)
While at Harvard, Seán and a fellow postdoc in the lab developed a tradition of competing for the best time to run a sample through the nuclear magnetic resonance (NMR) machine. This involved filling a tube with the sample, going to the NMR room next to the lab, putting the sample in the magnet, shimming it, and running the sample. One day, Seán made an elaborate plot to sabotage his friend’s time by getting a colleague to interrupt him with questions during his run. His friend was enraged when he found out that his perfect run was intentionally compromised.

Advice For Us All (40:45)
Getting advice isn’t as helpful as actually receiving help. This is something Seán keeps in mind when working with his students. Also, in his lab, Seán encourages the group to always do a little more than what they think is their fair share of general work around the lab. This way, they avoid the roommate dilemma, where things don’t get done because no one takes personal responsibility for them.

Guest Bio
Seán Barry is a Professor at Carleton University, Ottawa, Canada, where he works on precursor compounds for atomic layer deposition (ALD). Seán was trained in inorganic synthetic chemistry (University of Ottawa, 1996) and spent three years working on chemical vapour deposition (CVD) and ALD precursors in the group of Roy Gordon (PDF, Harvard University, 1998 – 2000, 2002 -2003). He was instrumental in the design and synthesis of the well-known copper amidinate dimers that are presently used for copper CVD/ALD. He started at Carleton University in 2003 working on group 13 metals (Al, Ga, In), and has recently turned his group’s attention to the coinage metals (Cu, Ag, Au). His group works mainly on the mechanisms of thermal decomposition and thin film deposition, and have invented several novel characterization methods to better understand mechanism. He was previously the founder and senior scientific advisor for Precision Molecular Design, a start-up company with GreenCentre Canada to commercialize precursors for ALD. Seán is also the director of the facility for nanoscience, surfaces, and sensor interfaces (FANSSI), which was commissioned in 2015 to study surface chemistry and ALD. He is recognized as a world expert in metal ALD and precursor design. He has over 50 papers and 6 patents and patent applications in ALD precursor and process design. In 2012, he was awarded a Marie Curie Fellowship as part of the EU-funded European Research Training Network ENHANCE to undertake metal ALD at the University of Helsinki, and has recently been awarded a Vinnova VINNMER Mobility grant to group 13 nitrides in Sweden starting in July 2016.