Listen to the Episode Below (00:51:59)
Play / pause
1x
1.5x
2x
0:00
0:00
00:51:59
volume
iTunesGoogle PlayShare Leave a ReviewClammr ItListen in a New WindowDownloadSoundCloudStitcherSubscribe on AndroidSubscribe via RSS
Sign up to receive bonus content about our guests and sneak peeks for a guest from the next week’s interviews! 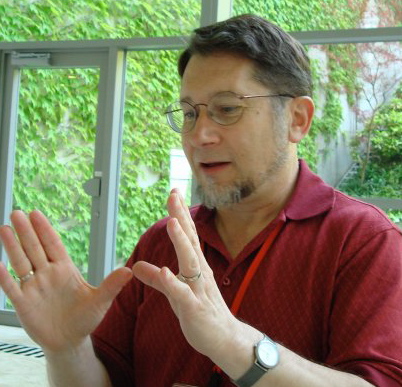 Sergio M. Pellis has been a Professor at the University of Lethbridge since 1990 with the main focus of his research being on the role peer-peer play has in the development of social competence. Using various species, ranging from laboratory rodents to primates, such as the great apes, Pellis has shown that rough-and-tumble play is composed of dissociable subcomponents (e.g., attack, defense) and that there are species differences in how such play can be modified at different ages and contexts. With detailed studies on rats, Pellis has shown that this form of play is reorganized in the juvenile period, when play is most frequent, and that this reorganization is dependent upon cortical modulation of the subcortical circuits that produce play. Furthermore, Pellis has shown that the experiences derived from rough-and-tumble play during the juvenile period serve to modify the development of the neurons of the prefrontal cortex. It is these changes in the prefrontal cortex that likely mediates the effects of play on the development of social competency. Ongoing research in the Pellis laboratory will characterize the experiences that are instrumental in affecting these brain changes, the brain changes themselves and their functional involvement in executing effective social behaviour, and why some species have evolved this function for play whereas others have not. Sergio first began to study play in Australian magpies over thirty years ago for his PhD in Animal Behavior, and subsequently went on to pursue training in behavioral Neuroscience at several universities (University of Illinois, Tel Aviv University, Israel and University of Florida). Sergio currently holds a Board of Governor’s Research Chair in the Department of Neuroscience. In collaboration with Dr. Vivien Pellis, Sergio has published a book on play, “The Playful Brain” (2009), that charts over thirty years of research. His publications include 179 research papers in scientific journals and 27 book chapters, with about half of those publications being on play behavior.