Listen to the Episode Below (00:41:31)
Play / pause
1x
1.5x
2x
0:00
0:00
00:41:31
volume
iTunesGoogle PlayShare Leave a ReviewClammr ItListen in a New WindowDownloadSoundCloudStitcherSubscribe on AndroidSubscribe via RSS
Sign up to receive bonus content about our guests and sneak peeks for a guest from the next week’s interviews! 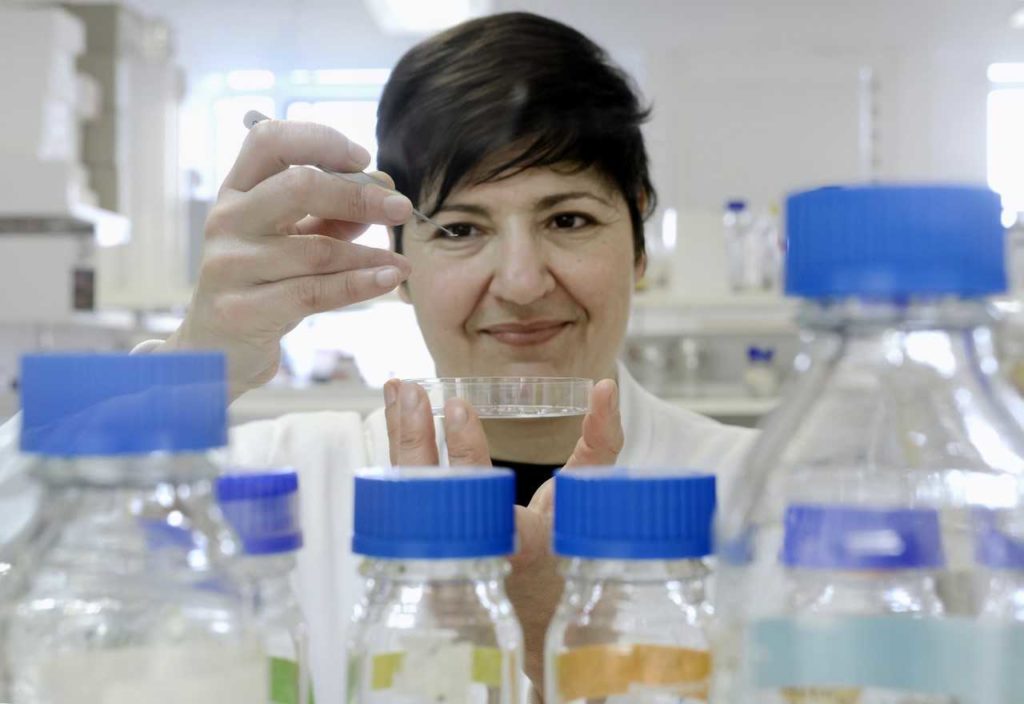 Dr. Sonia Contera is an Associate Professor of Biological Physics at the University of Oxford Physics Department, and a Research Fellow of Green Templeton College. She is also the author of the recently released book Nano comes to Life. Sonia received her bachelor’s degree in physics from the Autonomous University of Madrid. She attended graduate school at Beijing Languages and Culture University and subsequently worked as a researcher at the Czech Academy of Sciences. Sonia was then awarded a Japanese Government Monbushō scholarship to attend Osaka University where she received her PhD in Applied Physics. Next, Sonia was awarded an E.U. Fellowship to Japan at the Institute of Scientific and Industrial Research SANKEN at Osaka University. Prior to coming to Oxford in 2003, she served as a Research Assistant Professor at the Interdisciplinary Nanoscience Centre at the University of Aarhus in Denmark. In 2008, Sonia founded the Oxford Martin Institute of Nanoscience for Medicine at the Oxford Martin School. In our interview, Sonia shares more about her life and science.

Life Outside of Science (2:44)
When she’s not doing science, Sonia likes to relax and do nothing. She also enjoys spending time with people she loves, talking to people, cycling, walking, exploring art, and learning new languages.

The Scientific Side (4:31)
Sonia is a physicist who is interested in biology and the mechanics of biology across different space and time scales. She develops experiments and techniques to understand the physics that allow biological systems to build nano-scale molecules into cells, organs, tissues, and organisms. Projects in Sonia’s lab include studying and treating pancreatic tumors, understanding heart arrhythmias, and investigating the physics of plant growth.

A Dose of Motivation (7:05)
“Nature does not hurry, yet everything is accomplished.” by Lao Tzu

What Got You Hooked on Science? (9:36)
She spent the early part of her life living on a remote island in the Canary Islands. Despite the school system there not being very rigorous, Sonia developed a passion for science and the natural world through exploring the beaches and volcanoes on the island. By secondary school, Sonia had moved to Madrid where she had access to better schools. During this time, she had a great physics teacher who inspired her by talking about the forces that drive the movement of planets in the universe. However, Sonia struggled when she went to college. The way physics was taught there wasn’t engaging or interesting for her. In addition, coming from a working class family, Sonia didn’t feel like she fit in with her peers. She studied languages in college as well, and upon graduating, Sonia received a scholarship to study mathematical modeling of linguistics in China. This experience of being transplanted to a completely different culture was amazing, and it helped her realize that she really did want to be a scientist.

The Low Points: Failures and Challenges (20:01)
When Sonia returned to her lab after her first maternity leave, she was faced with major issues in her lab and the larger research group to which her lab belonged. The culture of her lab had shifted for the worse, and some senior scientists in her research group had become combative and domineering. There was even a point where she could not access her own lab equipment to do her work. This situation forced Sonia to reflect on the meaning of her work and what she wanted to do with her career. Sonia decided to shift research fields to focus on studying mechanics in biology, shape in biology, and how biology creates shape. Doing so allowed her to move away from the toxic environment that had manifested in her absence. Engaging with the public, talking about the exciting research she wanted to do, and finding new collaborators in other departments to develop new research lines helped Sonia get through this difficult situation.

A Shining Success! (22:51)
The successes that bring Sonia the most joy are the ones that have to do with her students and postdocs. Completing a PhD degree is very challenging. She is delighted when she is able to help a student overcome hurdles, and they manage to solve a difficult problem together. One of the students in Sonia’s lab now struggled for a long time to create a difficult technique, based on atomic force microscopy, that would allow them to study pancreatic tumors and heart arrythmias. Helping the student find a solution, build skills, develop resilience, and find collaborations was very rewarding. Further, the technique that was ultimately developed will have a lot of important applications outside their own current work.

Book Recommendations (24:50)
Nano Comes to Life: How Nanotechnology Is Transforming Medicine and the Future of Biology by Sonia Contera, Einstein’s War: How Relativity Triumphed Amid the Vicious Nationalism of World War I by Matthew Stanley, and Superior: The Return of Race Science by Angela Saini.

Most Treasured Travel (32:32)
A few years ago, Sonia was invited to teach a course on nanotechnology at a university in China. She had a wonderful time visiting China and meeting with the students. Seeing such talented and motivated students also gave her hope for the future of science and humanity. In addition, Sonia used to travel often to Kanazawa University in Japan where a colleague was developing methods that allowed them to see proteins rotate, move, and open/close in real time. She would visit for weeks or months at a time to do experiments for her research, and they had a great time. During these trips, they worked around the clock and were fully immersed in the science. The university is also located on a mountain, and it was funny to see all the signs posted near campus alerting people to beware of bears.

Quirky Traditions and Funny Memories (34:39)
Being part of a lab in Japan during graduate school was a lot of fun. It is customary for people in Japan to work long hours, and it felt like they were always in the lab. They would cook dinner together, go out to see a movie or go bowling, and then return to the lab. It seemed like a family. Work, life, and fun were completely intertwined. It felt cozy because Sonia’s supervisor was really kind and supportive, and they had a great kitchen that was always stocked with tea and cakes.

Advice For Us All (38:57)
For people who work with students, be kind and supportive of your students. Everyone has different talents, so try to help your students find their talents and how they can contribute to science. For students, try to find yourself and your talents through the work you do. Also, find a way for your work to be meaningful outside your own career.

Guest Bio
Sonia is a physicist and the proud mother of two young children. Her research lies at the interface of physics, biology, and nanotechnology. In particular, Sonia is an expert in atomic force microscopy of biological systems, and much of her work investigates the role of mechanics in biology. Projects in Sonia’s lab examine the mechanics of cells, tissues, proteins, and membranes. She and her lab members design nano materials that mimic biological functions for biomedical applications such as drug delivery or cell cultures. They focus mainly on the quantitative aspects of these applications involved in the transport and mechanics. Sonia has trained and conducted science in numerous countries, and she continues to collaborate with researchers around the world. She also frequently speaks to the public about the role that physics and nanotechnology should (and will!) play in the future of biology and medicine.