Listen to the Episode Below (00:53:36)
Play / pause
1x
1.5x
2x
0:00
0:00
00:53:36
volume
iTunesGoogle PlayShare Leave a ReviewClammr ItListen in a New WindowDownloadSoundCloudStitcherSubscribe on AndroidSubscribe via RSS
Sign up to receive bonus content about our guests and sneak peeks for a guest from the next week’s interviews! 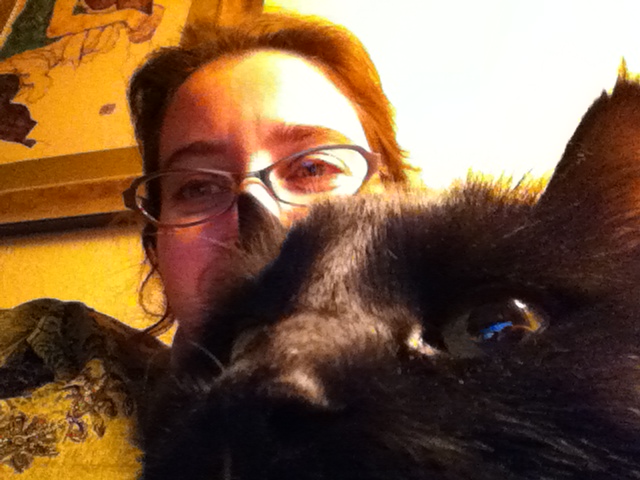 Life Outside of Science
Outside of the lab, Sonya likes to spend her time on the sofa with a cat, a cup of coffee, and a good book.

The Scientific Side
Sonya’s lab uses computer models to study how principles of physics can be used to understand biological systems. For example, a current project is modeling synchronization of the activity of neurons both in normal neural processing and also in abnormal situations like epileptic seizures.

A Dose of Motivation
“Ever tried. Ever failed. No matter. Try again. Fail again. Fail better.” by Samuel Beckett
“If you had it together enough, you could write War and Peace on a subway.” by Kate Millett
“I disapprove of what you say, but I will defend to the death your right to say it.” by Voltaire/Evelyn Beatrice Hall

What Got You Hooked on Science?
She has always loved to read and think. Growing up, Sonya’s home was filled with books, and her family highly valued learning. In middle school, Sonya started really thinking about what she wanted to do, and science seemed to be the route that could bring her closer to understanding the world. She was fascinated by physics and chemistry and spent many evenings reading textbooks under a blanket by flashlight.

The Low Points: Failures and Challenges
The hardest time in her career was starting her first postdoc. Sonya had a lot to learn since she was entering a new research area, and she and her mentor were not on the same page in their expectations. They got off on the wrong foot, and no matter how hard she worked to try to improve the situation, it became clear that it just wasn’t going to work out. Fortunately, she was able to get out of that lab and connect with another scientist who turned out to be an excellent mentor for her.

A Shining Success!
One of Sonya’s successes has been getting a tenure track faculty position in this difficult academic job market. She sent out around 200 faculty job applications and did about a dozen interviews, and was struggling to secure a position. Getting a great offer, setting up her own experimental lab, getting her research program launched, and getting her first big grants were all huge successes.

Most Treasured Travel
Sonya enjoyed travelling to Marburg, Germany with her postdoc mentor Frank Moss. They were visiting some colleagues, and it was great to explore the city with their friend who had lived and worked there for many years and knew the area well. Sonya loved walking around the beautiful town and seeing the spectacular castle on top of the hill.

Quirky Traditions and Funny Memories
She has many fond memories is of her PhD advisor. After he was awarded tenure, her advisor decided picked up his old figure skating hobby. He would hit the ice rink during lunch, and one day the whole lab surprised him at the rink to celebrate his 50th birthday. Sonya also remembers trying to take advantage of her advisor’s unscheduled time by riding with him to the ice rink and trying to talk science with him while he practiced elaborate moves and she clung to the side of the rink.

Advice For Us All
If you really want a career in science, don’t give up.

Guest Bio
Sonya completed her doctoral research in Biophysics at the University of Rochester in 1997, working in the laboratory of Phil Knauf. She has been a member of the faculty at the University of Missouri at St. Louis in the Department of Physics and Astronomy in 2004. Sonya’s lab is investigating the role of mutation parameters in driving speciation in evolutionary models. They have observed phase-transition-like behavior as the maximum mutation size is varied, on various types of fitness landscapes. Her lab has also studied the synchronization of neural activity in the rat neocortex during focal seizures, the evolution of optimal foraging behavior in various species, and other questions in non-linear dynamics.