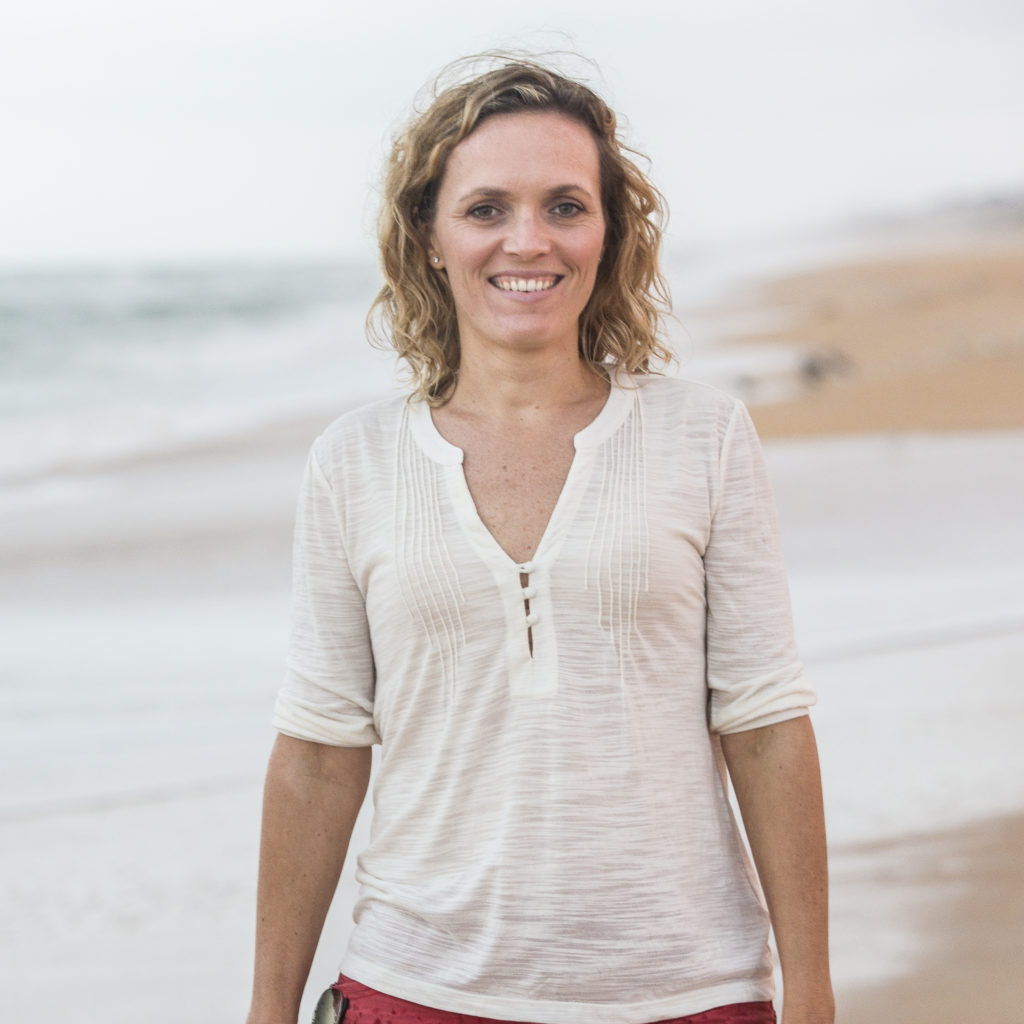 Dr. Stephanie Wear is a Senior Scientist and Strategy Advisor at The Nature Conservancy, as well as a Visiting Fellow at the University of California, Los Angeles Institute of the Environment and Sustainability and a Visiting Scientist at Duke University Marine Lab. Stephanie received her B.A. in Environmental Sciences from the University of Virginia and her M.Sc. and Ph.D. degrees in Marine Sciences from the University of North Carolina at Chapel Hill. She began working with The Nature Conservancy in 2001. Stephanie and her work have been featured in numerous media outlets, and she has been named one of Women’s Health Magazine’s “Clean and Green Pioneers” and Babble.com’s “Moms Who are Changing the World”. In addition, she was selected as a member of the inaugural class of NatureNet Science Fellows—a program sponsored by The Nature Conservancy and six leading universities that brings new approaches to solving global challenges surrounding sustainable provision of food, energy, and water. In our interview, Stephanie shares more about her life and science.

Life Outside of Science (2:32)
When she’s not at work, Stephanie enjoys spending time out in nature with her husband and two kids, and lately they’ve been spending a lot of time hiking and searching for salamanders.

The Scientific Side (3:32)
Stephanie’s career has been dedicated to conservation, and her work has spanned a variety of threats to marine ecosystems, including overfishing and management, the impacts of climate change, and sewage pollution.

A Dose of Motivation (5:42)
“Tell me, what is it you plan to do with your one wild and precious life?”
from “The Summer Day” by Mary Oliver

What Got You Hooked on Science? (9:21)
As a kid, Stephanie loved animals, nature, and science. She also wanted to do work that was of value, so she decided she would become a veterinarian. In college, Stephanie dabbled in biology, government, poetry, and English before realizing that she could have a career where she worked outside and studied nature. Stephanie had an epiphany moment doing field research on the barrier islands off the coast of Virginia where she realized that she could do research that allowed her to work on the beach and in the ocean. Armed with this new knowledge, she decided to pursue graduate work in marine science. Afterwards, Stephanie wasn’t exactly sure whether she wanted a job working in government, conservation, or another type of organization. She soon started an internship working for The Nature Conservancy. In this position, she was asked to help lead the development in a new protected marine park in St. Croix. After a stressful experience at a public meeting, Stephanie was convinced that she had to work in conservation.

The Low Points: Failures and Challenges (25:09)
When you are so passionate about your work, there are big problems staring you down, and these issues very urgently need to be solved, it is easy to keep pushing yourself until you have nothing left to give. This has happened twice to Stephanie, and overcoming these periods of burnout has been a major challenge. Talking to colleagues and taking a moment to reflect on how much she enjoys her work really helped Stephanie get through these tough times.

A Shining Success! (30:54)
Shortly after beginning her internship with The Nature Conservancy, Stephanie was introduced to the community at a public meeting. After hearing that Stephanie would be helping to lead the development of a protected marine park, one of the community members named Mac began vehemently denouncing her. It was a shock to Stephanie, and it really helped her realize that it was going to be critical to work with members of the community to find common ground and work together to have a positive impact. Through this process Stephanie built trust with community members, and she even managed to befriend Mac, who had initially been a major adversary. The marine park was ultimately created, and it was the first protected marine park in the Virgin Islands. This was an enormous success because they had been trying to get this project off the ground for 30 years. During the celebrations afterwards, Mac proudly introduced Stephanie to government officials, crediting her for the success of the project. Mac continued to be an advocate for Stephanie, and this transformation of their relationship from adversarial to amiable was also a really meaningful success for her.

Most Treasured Travel (37:31)
Two of the most memorable places Stephanie has visited for science were Palau and Palmyra Atoll. Both are beautiful, remote places surrounded by water. Palau is a small island nation in Micronesia with about 20,000 residents. The scenery is stunning, and Kayaking through the rock islands is an otherworldly experience. Palmyra Atoll is an island south of Hawaii that was used as an old military base in World War II. It is completely uninhabited, with the exception of a handful of staff and scientists who work at the field station there. Palmyra is home to tens of thousands of birds, and you can see manta rays and baby sharks not far off the water’s edge. Stephanie will never forget looking up at night and seeing the sky completely full of stars. It was magical to be in a place like this so far from civilization.

Quirky Traditions and Funny Memories (40:20)
Stephanie has enjoyed working with amazing colleagues over the years. Contrary to some stereotypes about scientists, her colleagues in environmental science are social, they love to meet other people, they are brave adventurers, and they have collected remarkable stories of their travels, fantastic adventures, and near-death experiences. At The Nature Conservancy, they have a saying that “You come for the mission and stay for the people.”

Advice For Us All (43:32)
When things are difficult, sometimes it’s best to just go with the flow. Rather than fighting and resisting all the obstacles that confront you, try to find ways to work around them. Also, remember that we are part of the natural world that we are working to conserve. The world is our habitat too, and everything is inter-connected.

Guest Bio
Stephanie has applied her scientific training to address some of the biggest threats our oceans face. She has worked with local communities to establish marine protected areas, developed strategies to address global drivers that threaten coral reefs, designed and led a global learning network for reef managers, conducted research on the impacts of pollution on ocean systems, and recently co-founded the Ocean Sewage Alliance, dedicated to addressing the threat of sewage pollution. While sewage may not be the most pleasant conversation topic, it affects the lives of billions of people around the globe. Outside of work, Stephanie explores nature with her two children, marine biologist husband, and a couple of dogs, and she tries to keep a garden and care for her continuously expanding flock of chickens – thanks to their rooster, Jacques Roosteau. She aspires to have a regular yoga practice, and she loves a good poop joke. Really, who doesn’t?