Listen to the Episode Below (00:44:59)
Play / pause
1x
1.5x
2x
0:00
0:00
00:44:59
volume
iTunesGoogle PlayShare Leave a ReviewClammr ItListen in a New WindowDownloadSoundCloudStitcherSubscribe on AndroidSubscribe via RSS
Sign up to receive bonus content about our guests and sneak peeks for a guest from the next week’s interviews! 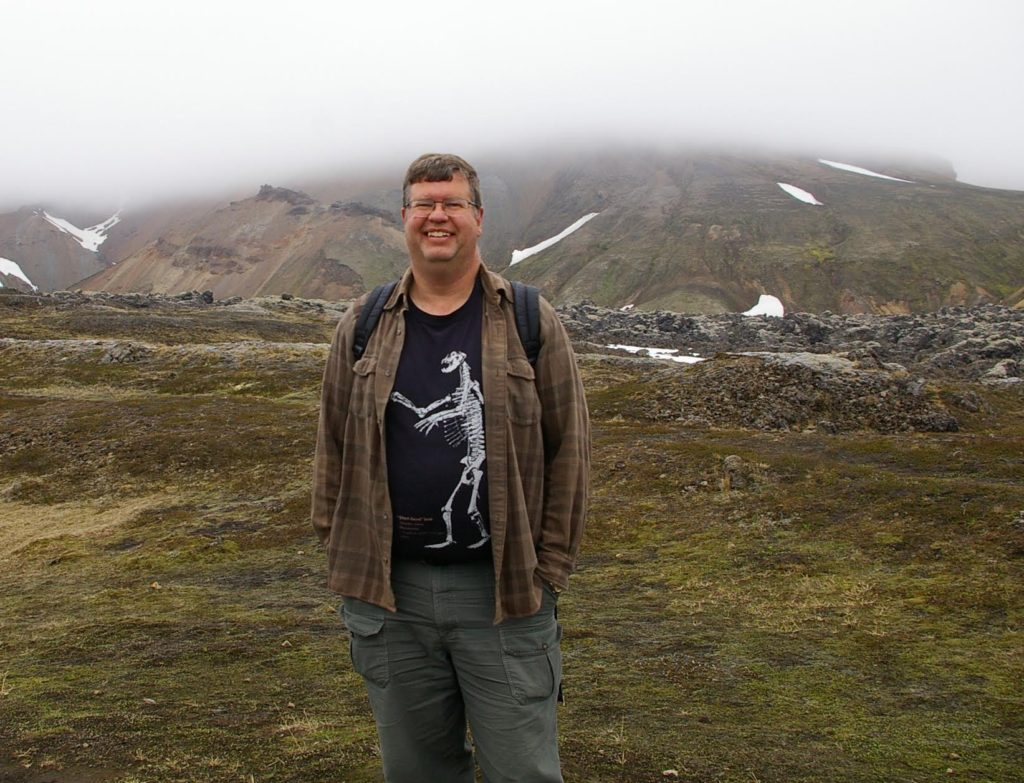 Life Outside of Science (2:00)
In his free time, you can find Steve hanging out with his nine year old son, reading a suspenseful murder mystery, and vanquishing his opponents in an intense game of Boggle.

The Scientific Side (5:25)
Steve studies the evolution of specialization of insect diets. He wants to understand why some insects feed on one plant species, while others will eat anything. These questions have important implications for agriculture, forestry, and other areas.

A Dose of Motivation (7:36)
“If you have built castles in the air, your work need not be lost; that is where they should be. Now put the foundations under them.” by Henry David Thoreau

What Got You Hooked on Science? (12:02)
As an undergraduate student, Steve was bright but unfocused. He didn’t have a burning passion for biology or nature growing up, and he ended up studying biology in part because he found his ecology and evolution courses more interesting than other courses. Being exposed to the academic career path in college made Steve realize that this was something he really wanted to do. Steve was able to do research with academic faculty, and he discovered that this is the kind of career he wanted.

The Low Points: Failures and Challenges (27:20)
There was one paper in particular that was a major challenge. It focused on the population dynamics of plants under attack by insect herbivores and specifically examined how insect behaviors may influence those dynamics. Steve thought this was a really cool paper, but it took him 10 years to get it published. It was rejected by 6 journals because the reviewers and editors didn’t see the value in this project that he was so excited about. Finally, it was accepted by the 7th journal, and it turned out to be a much better paper after the many rounds of revisions.

A Shining Success! (23:20)
Steve is excited about a recent success in publishing his first book. After struggling with writing himself as a student, Steve wanted to put together a book that contained all the information he wished he knew years ago. The book just came out this month, and it was exhilarating to finally hold a physical copy of it in his hands after he put so much work into it.

Book Recommendations (3:18)
The Scientist’s Guide to Writing: How to write more easily and effectively throughout your scientific career by Steve Heard, Remarkable Creatures by Tracy Chevalier, Chrysalis: Maria Sibylla Merian and the secrets of metamorphosis by Kim Todd

Most Treasured Travel (31:45)
The one place that really stands out in Steve’s mind was the Cape region of South Africa. He traveled there for a conference in 2002 for a conference, and was blown away by the amazing diversity of plants. It is a relatively small, scrubby region that contains thousands of plant species and stunning scenery. While there, Steve enjoyed a great conference and was also able to visit Nelson Mandela’s prison cell and other historical sites.

Quirky Traditions and Funny Memories (35:15)
As a postdoc, Steve spent a lot of time driving around in a truck with his friends helping them sample ponds for stickleback fish. They were stuck in the truck for hours in between ponds, and to pass the time, they would try to get the worst songs stuck in each other’s heads. To this day, Steve can’t see a stickleback without thinking of the song “Copacabana”.

Advice For Us All (41:25)
Scientists are just regular people with regular lives outside of science. Also, we tend to pay too much attention to the traditional academic career path, but there are all kinds of ways that people can contribute to science and use a scientific background to help society.

Guest Bio
Steve’s research interests are broad (some days he says “unfocused”) but largely revolve around understanding ecological controls on diversification – especially of insects. Over the years, he has worked on the topology of phylogenetic trees, on interactions among insect species in streams and in pitcher-plant leaves, on models for the coexistence of competitors via aggregation, and a lot else. Most recently, he and his students and collaborators have been working to understand whether and how plant-feeding insects with generalist diets evolve into complexes of genetically distinct diet specialists. Much of this work is with goldenrods (and the insects that attack them), but Steve also collaborates to work on insect pests of concern to forestry. Steve is also the author of a newly published book of advice for scientific writers: “The Scientist’s Guide to Writing: How to Write More Easily and Effectively Throughout Your Scientific Career” (Princeton University Press). In The Scientist’s Guide, Steve attempts to tell other writers all the things he wishes someone had told him about writing! It’s a book about more than just composition: it draws on the culture and history of scientific writing, the psychology of writing behaviour, and a lot more, all with the goal of helping scientists write better, faster, and more easily. When not at work, Steve reads voraciously, spends time with his wife and 9-year-old son, plays Boggle frequently and well, and curls frequently and badly. He blogs at Scientist Sees Squirrel.